Bethesda granted the wishes of Elder Scrolls fans everywhere when studio boss Todd Howard confirmed at E3 2018 that the developer is working on the highly-anticipated The Elder Scrolls 6.

Although we only got a glimpse at a short teaser trailer, rumors immediately started speculating about where the latest Elder Scrolls title will be set, when it will release and when we will hear more.

So we’ve gathered and assessed all the news and rumors about The Elder Scrolls 6 in this handy guide. Here’s everything you need to know.

[Update: It looks like The Elder Scrolls 6 could be further away than we hoped.]

We might as well get the bad news out of the way first – you’re not likely to be playing The Elder Scrolls 6 any time soon. The good news, however, is that it’s been confirmed you will be able to…eventually.

The game was confirmed during Bethesda’s E3 2018 conference but nothing more than a logo was given. We don’t even have a subtitle or a release year. Todd Howard said that the game will be coming after Starfield, the company’s next big IP. That means Elder Scrolls 6 could be years away.

In addition, Youtuber SkullziTV (via GamesRadar) has been looking into the challenges Bethesda’s parent company ZeniMax faces with regards to the Redfall trademark it has applied for. According to SkullziTV, trial dates suggest we won’t be seeing any mentions of Redfall (aka the rumored name of the upcoming Elder Scrolls game) until after August 2020. 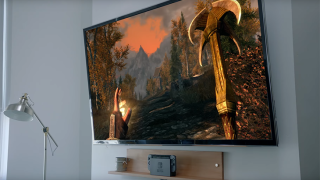 The only footage we have of Elder Scrolls 6 is a very short clip of the game’s logo. Other than that, you might be waiting a while to see more. We think E3 2019 is a safe bet. Or maybe it’ll leak beforehand.

It may be called the Elder Scrolls 6: Redfall

Bethesda may have trademarked the name for the Elder Scrolls 6. According to a report by Newsweek, ZeniMax Media (Bethesda’s parent company) filed a new trademark for ‘Redfall’ which the company stated was for a ‘computer game software for use with computers and video game consoles’.

It’s nothing solid, but there’s a slim chance the new Elder Scrolls will be called Elder Scrolls 6: Redfall. Redditors are speculating the name is linked to the Redfall location in Tamriel or to the Redguard race in Elder Scrolls, however Bethesda has not confirmed or denied anything.

Bethesda is a busy studio: not only is it working on a brand new IP, it’s also continuing to develop for Elder Scrolls Online and it’s taking on the long commitment of Fallout 76. And that’s only in its main RPG franchises. It’s still got plenty going on elsewhere with mobile games, Dishonored, Prey and others.

Thanks to Todd Howard, we know Bethesda is working on two huge new titles simultaneously, though their developments are staggered.

We now know that one of them is the Elder Scrolls 6.

Having returned to Skyrim after some time away, Howard compared it to seeing an old friend from high school, adding that the time away had given him the chance to see Skyrim as a gamer for the first time.

This, to us, would be the perfect time to start applying this new perspective to the next title in the series.

At the very least we can say we know it won’t just be called Elder Scrolls 6. There’s going to be a colon and another word to round the title off if previous releases are anything to go by.

We’re also willing to bet that like all the other games in the series it’s going to be set in the continent of Tamriel, the map of which is below. 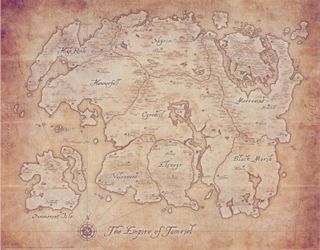 Previous games have taken us to Highrock, Hammerfell, Morrowind, Cyrodil, and Skyrim. Valenwood, Elsweyr and Black Marsh are the biggest places left to explore. Though there’s still much of Morrowind left to explore, we imagine much of that will be covered in the upcoming Elder Scrolls Online title.

So, Valenwood, Elsweyr or Black Marsh. Which looks most likely? Rumors online are heavily pointing towards Black Marsh, the home of the world’s reptilian Argonian race.

There isn’t actually any solid reason for this rumor, but its swampy marshlands and network of islands would make for an interesting geographic change for the series, though it’s a geography that would leave itself open to comparison with the Witcher 3.  It’s probably the region of Tamriel that we know the least about so Bethesda would have plenty of room to be creative.

That said, Elsweyr would also be an interesting geography change with its dry plains and harsh badlands that the Khajit call home.

It would certainly be nice to find out more about the culture of either the Khajit or the Argonians so both of these extremely different settings have an understandable appeal to fans.

There is, however, weight to a rumor that Elder Scrolls 6 could be set in Valenwood. Valenwood is the home of the Bosmer and it’s an area of Tamriel that Bethesda hasn’t explored much. The rumor that the game will be set here is based on a reported internal Bethesda memo from all the way back in 2014. In this memo, Bethesda employees were reportedly wanted against using the terms Fallout: Nuka World, Elder Scrolls VI or Project Greenheart.

Though it was initially believed to be a fake, Fallout: Nuka World ended up being a big DLC release for Fallout 4 which gives slightly more weight to rumor that Project Greenheart is in fact the codename for the next Elder Scrolls title. The fact that Greenheart is a city in the verdant region of Valenwood makes this even more interesting.

Forest and jungle settings are hard to get right in games and it’d be really interesting to see Bethesda get creative with the part of Tamriel that’s said to have rejected civilization and embraced the wilderness.

It’s hard to tell from the short E3 clip we have of the game but our first impression is that the game world looks a lot more like Valenwood or Elsweyr than Black Marsh.

In an interview with Eurogamer, Todd Howard confirmed the team has settled on the location – but he won’t tell us where yet.

What features can we expect?

A feature that we’re fairly certain will be included in the game to some degree is house building or town creation. Skyrim introduced the idea of designing and maintaining a homestead with its Hearthfire DLC, which Fallout 4 expanded upon with the introduction of its settlement mechanic and the Elder Scrolls online built upon again with its Homestead DLC. This leads neatly into a further expansion of such features in the next Elder Scrolls title as it felt not-quite-finished in Fallout.

It would be a feature that would actually fit in particularly well with the rumored Valenwood setting, if it involved the player adapting to the wilderness in the way the resident Bosmer have with their treetop cities. In a similar way the player used debris and junk to craft their settlement in Fallout, they could use their natural environment to do so in Elder Scrolls in a nice contrast. 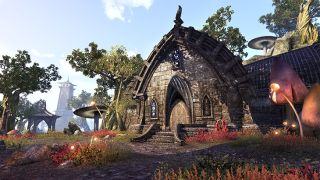 In a recent interview with Gamespot, Todd Howard said that Bethesda is looking into how exactly it tells stories in its games.

Howard noted that Skyrim and Fallout 4 take slightly different approaches to stories, with Skyrim leaving things more open to the player’s vision and Fallout guiding them more firmly through a story

Now he says the studio are looking how to “tell a better story in an open world.”  He said “each of our games we’ve had successes and failures and if you ask us internally, we have new ideas that we want to explore in the future because we feel like we haven’t really cracked it yet the way we think it could be.”

Being aware of the differences between Skyrim and Fallout’s approaches to storytelling and the fact that both have positives and negatives suggests that the next Elder Scrolls title could strike some kind of balance between giving the player completely free reign and telling a story around their character.

It’s hard to deny that The Witcher 3 has had a massive impact on what players expect in terms of including an engaging story in an open world game.

Though we don’t in any way want Bethesda to just churn out a Witcher copy (we’re not sure it’d be possible anyway) it does put a certain amount of pressure on Bethesda when it comes to achieving high-quality environmental and quest-based story telling.

Something we don’t expect to see, though, is multiplayer. Skyrim certainly doesn’t suffer from a lack of multiplayer and it wouldn’t really make all that much sense to incorporate any online multiplayer gameplay with the Elder Scrolls Online still rolling along. 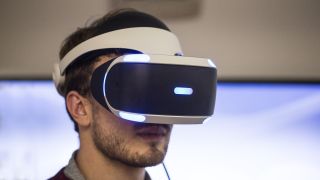 It’s not a certainty by any means but the fact that Bethesda released a full VR experience for Skyrim means it’s not out of the question. 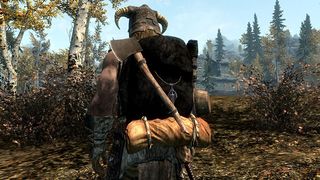 Well, something we’d like to see and fully expect to see is improved graphics and reduced bugginess. The remastered version of Skyrim showed just how far things have come visually since the game’s first release so we fully expect any title following on from it to be of that standard if not much higher, depending on how far away the game is.

There’s actually a fairly good chance that the game could be created using an entirely new game engine – after it created an entirely new engine for Skyrim we don’t think it’s unlikely Bethesda will do the same for Elder Scrolls 6 and any Fallout sequels.

The Bethesda game studio in Montreal is currently looking to hire an engine programmer so it’s well worth watching this space.