The Six Nations 2019 already has the pressure of this being the Rugby World Cup year too, so performances have to be at their peak. The Celtic clash between Ireland and Scotland should be a powerful one as pre-tournament favourites, Ireland, hope to spring back after an opening loss to England.

Great news though as you can watch every Six Nations game from practically anywhere and getting a Scotland vs Ireland live stream is no exception.

Scotland v Ireland – where and when

Scotland and Ireland will play their second game against each other in this Six Nations competition at Murrayfield in Edinburgh.

The game itself starts today, Saturday February 9, at 2.15pm GMT.

Ireland have started on the back foot after their defeat by England (32-20) in the opening Six Nations game for the side. But as the favourite at the start of this competition and with everything still to play for, Scotland are going to be firmly in the team’s crosshairs. With injuries plaguing the likes of CJ Stander, Devin Toner and Garry Ringrose, Ireland’s coach Joe Schmidt has had to make changes – Quinn Roux, Sean O’Brien and Rob Kearney all earning a recall.

Scotland is coming off a win after beating Italy (33-20) but since the Italians are the outsiders in this competition this likely hasn’t swelled the Scottish egos too much. Scotland’s prop Willem Nel and flanker Sam Skinner are both ruled out through injury.

The game itself is free to air in the UK, so you can tune in to a Scotland vs Ireland live stream for free if you’re there. For all your other viewing options, keep on reading. 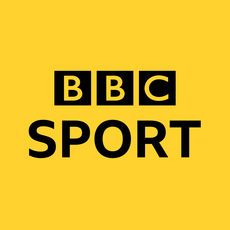 Result! All the Six Nations matches will be shown live in the UK on free-to-air television. This Scotland and Ireland game will be aired on the BBC from 2.15pm GMT.

The US gets to enjoy the Scotland and Ireland rugby action this year using NBC Rugby Pass which will stream the game live at 6.15am PT, 9.15am ET.

DAZN is a streaming service available in a select few countries including Canada for the Six Nations Rugby. That means you can live stream the Ireland v Scotland game at 6.15am PT, 9.15am ET.