It’s been four long months, but Formula 1 is back! The 2019 F1 season starts this weekend with the Australian Grand Prix in Melbourne. And you’re in the right place to discover how to live stream F1 action – regardless of where in the world you are when it’s on.

Australia Grand Prix 2019 – where and when

As it has since 1996, the Australian Grand Prix will take place around the roads of Melbourne. The street circuit is 3.2 miles/5.3km long.

The times you need to know for the Grand Prix weekend are as follows, with local times listed first:

Lewis Hamilton once again heads into the first Grand Prix of the season as champion – it’s the fourth time in the last five seasons. Yet Australia hasn’t necessarily been the happiest hunting ground for Hamilton, recording only two wins Down Under. Arch rival Sebastian Vettel has won here for the last two years running and will be desperate to get his season underway in the best way possible for a third consecutive season.

His fresh Ferrari teammate Charles Leclerc will be looking to make an immediate impact, too. While Finnish duo Valtteri Bottas and Kimi Räikkönen will be hoping to improve on the podium finishes they’ve both enjoyed in the last couple of years.

If you’re as excited as we are about the new season, then you’ll already know all of this and just want to find out how you can watch the Australian Grand Prix. To do so is super straightforward from anywhere in the world and on pretty much any device. And the best thing about it…it’s possible to do so absolutely free of charge. Read on to find out how to stream F1 live.

How live stream the Australian Grand Prix for FREE 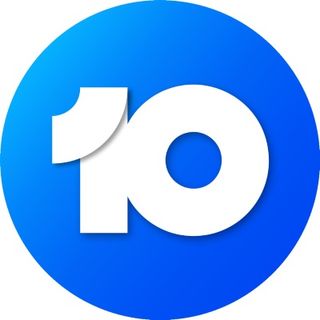 You lucky folk Down Under get to watch your home Grand Prix absolutely FREE of charge thanks to Channel One on Network Ten. If you’re not going to be near a TV for the race, qualifying or practice sessions this weekend, then you can get the 10 Play app on iOS or Android for your mobile device, instead.

The action will also be shown on the paid-for services that will be showing the rest of the Formula 1 races this year – Fox Sports and Kayo Sports. The Kayo Sports Basic Package costs $25 per month and allows users to stream across two devices simultaneously. Alternatively, the service also offers a Kayo Sports Premium Package, which provides three concurrent streams for $35 per month.

How to watch the Australian Grand Prix from outside your country

To see how to watch the Australian Grand Prix in any of the UK, US or Canada, then scroll a little further down this page to see the broadcast options. But if you try and tune in to your native stream from outside your country, you’ll quickly discover that it’s geo-blocked.

That’s where a VPN can come in really handy. It’s a piece of software readily available to download and install that allows you to simulate the IP address on your laptop (or mobile phone, tablet, streaming device, console, etc) so that it appears to be in a completely different country. Ideal, assuming that it doesn’t breach any Ts&Cs from the broadcaster you’re trying to tune in to.

That might sound complicated, by VPNs – or Virtual Private Networks – are actually surprisingly easy to operate. Simply select one of our top 3 best VPN picks below (or opt straight for our number one favorite ExpressVPN), open it up and pick out your country of choice from the ‘choose location’ menu, and then start watching as if you were sat back at home. Easy!

1. ExpressVPN: the best all-round VPN for streaming, comes with 30-day money back guarantee
2. IPVanish: hot on security and now with a 69% discount on its two-year plan – that’s effectively only $3.74 a month
3. VyprVPN: blazing speeds make VyprVPN a great choice for 4K video

How to stream F1 live from Australia in the UK:

Sky Sports F1 has all the coverage this year (except the British Grand Prix), so ideal if you’re already subscribed to Sky Sports. Using the Sky Go app will let you watch on various other devices, too, including laptops, Apple and Android mobile devices and via your PlayStation or Xbox.

If you don’t want to subscribe to Sky just to watch this Grand Prix, then you can grab a Now TV Sports Pass instead. It costs £8.99 per day or £14.99 for a whole week that will let you catch all the practices, qualifying and the race itself. And if you want to stream all the F1 races live this season, then the promotional Season Pass costs £195 for nine months of Sky Sports.

Not in the UK this weekend? Fear not, check out our advice on using a VPN above, and it will let you watch the UK coverage from wherever on Earth you are.

How to watch the Australian Grand Prix in the US:

In the US, ESPN has the rights to show the F1 live (using Sky’s UK coverage). That’s great news if you have cable, but if you’re a cord-cutter you could try a free trial to another streaming service like Sling and Fubo and watch on there.

Out of the US and want to watch the coverage? No worries – just use a VPN and register to a location showing the race.