It’s the final round of the 2019 Six Nations and a very strong Welsh side looks set to take on a powerful Ireland. With the championship title at stake, all eyes will be on Cardiff this Saturday afternoon. So be sure to grab hold of a Wales vs Ireland live stream, regardless of where in the world you are.

Wales vs Ireland – where and when

This Six Nations 2019 is in its final round and Wales vs Ireland will be held at the Principality Stadium in Cardiff.

The game itself starts today, Sunday March 16, with a kick-off time of 2.45pm GMT.

Wales will win the Grand Slam if Ireland can be beaten in this match, having not lost a game in the Six Nation 2019 so far. That said, Ireland were the last team to beat Wales at the 2018 Championship, although that was on home turf in Dublin – this time Wales plays with the at-home advantage.

Since first meeting in 1882, Wales and Ireland have played against each other 126 times. Wales have won 68 of those clashes with Ireland taking away 51 wins, plus seven drawn games.

Wales, unbeaten in 13 games now, are sticking to the same solid squad for this final game. After an injury in the last game, Liam Williams will be back in the starting line-up for Wales. Ireland’s side sees Tadgh Beirne making his Six Nations debut to replace the injured lock Iain Henderson. Sean O’Brien is back as open side flanker to replace Josh Van Der Flier who has a groin issue.

You can catch all the excitement with a Wales vs Ireland live stream using the handy guide below which helps you get in on the action from anywhere you are in the world. 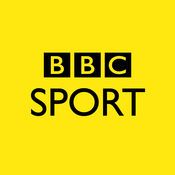 As ever, all the Six Nations matches will be shown live in the UK on free-to-air television. This year’s coverage is spread across the BBC and ITV and this game will be shown on BBC from 2.45pm GMT.

You’ll have to get up at the crack of dawn to catch this match. That’s because it’ll air at 1.45am AEDT, but it should be worth it. The game will be shown via subscription service beIN Sport, which is actually showing every game of the 2019 Six Nations.

You’ll need to be up for 3.45am Wellington time to catch this game’s kick-off. It should be worth it. It’s all being streamed via beIN Sport.

DAZN is a streaming service available in a select few countries including Canada for the Six Nations Rugby. That means you can live stream the Wales vs Ireland action from 7.45am PT, 10.45am ET.

This year US residents can enjoy the early starting Wales vs Ireland game using Rugby Pass which will stream the action at 7.45am PT, 10.45am ET. All you need do is head over to Rugby Pass and sign up. Digital content informs and facilitates every single aspect of business. We create and consume this content in innumerable ways, from our dependency on email to receive and send critical information…

After a number of teasers and much anticipation, the date for the India launch of the Honor View20 is finally out. The brand’s flagship smartphone will be launched on January…

Three is trialling a “world-first” cloud-based core network with its staff ahead of a full rollout to customers later this year. The overhauled core network, delivered by Nokia, is a…

Who needs new content? Criterion, the online streaming service for classic films, is relaunching in the US and Canada on April 8. Criterion offers a curated library of over 1,000… Apple’s upcoming iPhone 11 may use a form of Face ID that scans veins to determine who’s picking it up, according to newly discovered patents. The patent, filed in February…