From the beginning, Android was seen as being a bit more difficult to work with than the operating system on Apple’s side of the fence. Because of the significant customization options, there were lots of settings right in front of users, and that didn’t make it the simplest to use for anyone encountering it for the first time.

Jump forward a decade, and the latest iterations of Android have become much simpler to use, with more intuitive design and cleaner implementation by smartphone manufacturers. For the Mate 20 Series, Huawei has gone even further in designing its user interface, EMUI 9.0.

The new UI is designed to feel intuitive, natural, and simple. Users coming to it for the first time are likely to find it easy to use. With EMUI 9.0 designed with inspirations from nature, users don’t have to feel like they’re interacting with a gadget all the time. And, with improvements to touch navigation, switching between tasks and apps is easier, as is controlling the phone despite its large screen. 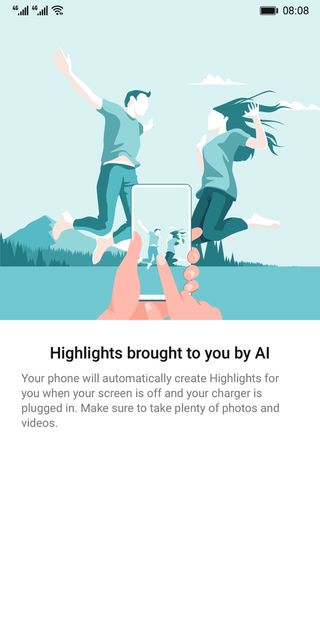 Chief among EMUI 9.0’s improvements on its predecessor and on stock Android are its simplifications. While advanced options are still available to users that need to dig around for specific settings, they’re tucked away where the average user won’t have to sift through to find a simpler setting.

Huawei has also made sure settings users are looking for are easier to find by grouping them up logically. For example, settings for connecting the Mate 20 Series devices wirelessly to other devices, such as Bluetooth headphones or wireless displays, are grouped into one menu for “Device connectivity.” Meanwhile, settings for Wi-Fi and mobile network connectivity are separated from those other connections, since they’re not as relevant. 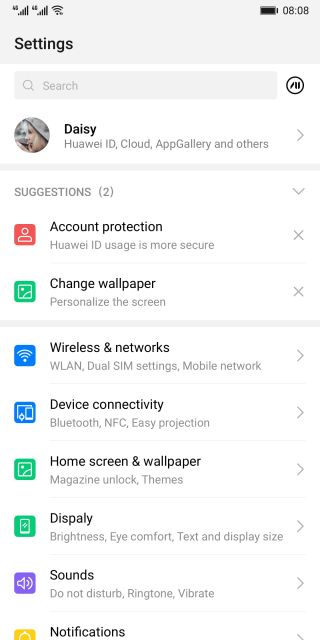 Once in settings menus, users will continue to find the experience simplified. Options that may have been broken out separately without much information to help a user understand the differences may not be grouped up for simpler toggling.

For example, the settings for Location Services has been converted to a basic toggle, rather than requesting the user to select between abstruse settings like “Use GPS only,” “Use WLAN and mobile networks,” and “Use GPS, WLAN, and mobile networks.” The advanced options are still available, but less tech savvy users won’t be confronted with them unless they seek them out.

For the WLAN settings alone, Huawei has reduced the number of configurations by more than half, making it easier for new users to jump into the settings and make basic changes. Across all of EMUI 9.0, Huawei has consolidated the settings menu by 15 percent. That means a lot less to for users to look through while trying to change a basic setting.

While Huawei hides the complexity of the software from users, it also uses design language that is consistent. This way users can get used to interacting with EMUI 9.0. 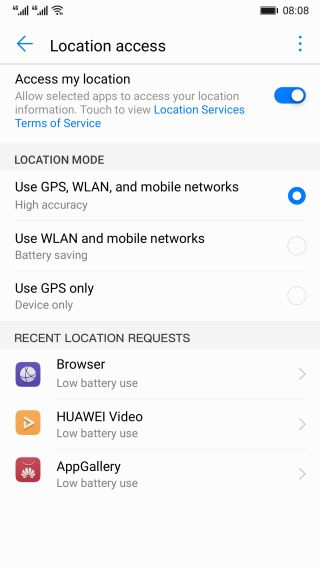 Beyond the simpler settings, Huawei has EMUI 9.0 doing some smart work for users automatically to speed up their phone use. Huawei has also made interactions easier, so the whole experience is quick and intuitive.

Also changed is the navigation. Rather than having the old home, back, and recent apps buttons taking up space at the bottom of the screen, Huawei offers the option of gesture based navigation. Simple swipes from the left or from the right can go back, open the task switcher, return home, or even open up Google Assistant. Gesture navigation on EMUI 9.0 allows users to easily control their device with either hand.

To match how natural using EMUI 9.0 is, Huawei has incorporated nature throughout. Sounds on the device pull directly from nature, as do wallpapers and other visual elements. Huawei even automatically applies nature images to the profiles of contacts that don’t have a profile photo.

Rounding out the whole package, Huawei is using the intelligence of the Mate 20 Series underneath EMUI 9.0 to speed up tasks for users. By predicting users’ behaviors, the Mate 20 Series can pre-load apps, making the user experience that much quicker. As good as the Mate 20 Series experience is, Huawei wants to make sure users can also live their life, and having an easy to use phone that gets the job done quickly can help. 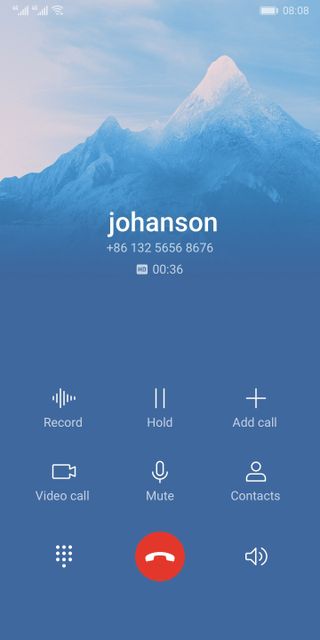