Update: it looks likely that we’ll get an iPhone XR 2 rather than an iPhone SE 2, but we haven’t totally given up on a successor to Apple’s compact champion.

The iPhone SE 2 is one of the tech world’s great ‘will it, won’t it’ sagas. Rumored to be on, then off, then on and then off again, there’s now plenty to suggest that the iPhone SE line is dead altogether now.

We’re not certain, but with the iPhone XS, iPhone XS Max, and iPhone XR revealed to the public, Apple has pulled all mention of the iPhone SE from its website, suggesting that (with the XR now populating its ‘affordable’ slot), we’ll never see a new SE in Apple stores ever again.

Instead, what we’ll probably get is an iPhone XR 2 – a phone with a budget (by Apple standards) price, but a much bigger screen than the iPhone SE. In other words, we might just have to accept that the days of premium compact phones are over.

We’ll still continue to monitor iPhone SE 2 leaks, as we have for years, just in case the rumor mill continues to churn out small nuggets of hope. For the time being however, take all the tidbits of info below now with a huge pinch of salt. 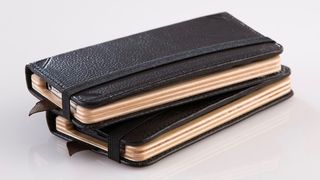 What is it? Apple’s possible next compact smartphone

When is it out? It’s looking likely to never arrive

We didn’t get the new iPhone SE 2 at WWDC 2018, despite rumors suggesting it may turn up there, and nothing at the 2018 iPhone event, either.

However, 11 variants of an Apple device did cross the Eurasian Economic Commission database. Apple’s Eurasian filings have outed important products before, including the AirPods, and it usually foreshadows new gadgets one to two months ahead of time.

Another rumor added that the iPhone SE 2 was likely to enter mass production in the first quarter of 2018, which was in the right time frame for a September arrival.

But here we are in 2019 and the phone hasn’t launched. We’ve also not heard anything since on production, so there’s no clear indication if the iPhone SE 2 production process ever got off the floor.

At the time Kuo said, “with three new models in the pipeline for the second half of 2018, we believe Apple may have used up its development resources.”

It doesn’t sound like he’s ruling out an iPhone SE 2 in future, but for now there’s no immediate sign of one. We will however likely get an iPhone XR 2, which will probably land in September 2019, roughly a year after the first model.

In terms of pricing, if we do see an iPhone SE 2 launch, it will likely remain Apple’s most affordable iPhone.

The only iPhone SE 2 price rumor so far points to roughly $450 (which will likely translate to £450, AU$700 given how Apple prices its products worldwide), which seems believable.

We’ll get to iPhone SE 2 rumors below, but first, it’s worth taking a closer look at the phone we’re more likely to see – the iPhone XR 2.

We wouldn’t imagine Apple will run two budget phone ranges at once, so now that the iPhone XR is here we reckon an iPhone XR 2 is far more likely than an iPhone SE 2.

And while these both slot in at the lower end of Apple’s range, they’re quite different. The iPhone SE has a 4-inch screen and an older fashioned form factor, complete with a home button and large bezels.

The iPhone XR on the other hand has a big 6.1-inch screen, slim bezels, a notch, no home button and a generally curvier, more modern design. It’s also more colorful.

Of those things the main feature that fans of the iPhone SE are unlikely to be happy about is the big screen. There isn’t much in the way of iPhone XR 2 rumors yet, but we wouldn’t expect the screen to get much if any smaller, so it’s not going to please fans of compact phones.

In terms of how the new iPhone is going to look, well – we’ve got two theories rolling around, and both are possible.

The most popular theory is that the new smaller iPhone will have an iPhone X-like screen, complete with notch at the top:

…but that was before Apple’s 2018 phones were announced, and with the iPhone XR taking that style for its own, it appears that the rumor mill has crossed its wires and been sharing information on the now-real handset, as opposed to the still-theoretical SE 2.

The rear of the phone was said to pack the same dual cameras as the iPhone X, with a video of a purportedly leaked of the new iPhone SE 2. We’ll leave it here for your pleasure, but the above notes mean its validity is now truly called into question:

BGR was also sent some sketches of the phone in this configuration from a ‘reliable source’, so it’s got some grains of truth in there, with the notch at the top, no home button and no headphone port (the latter a regular rumor).

A new screen protector has also been shown off by regular leaker Sonny Dickson, which also shows off a notch at the top for a smaller phone.

There’s something sketchy here though. In this form, the iPhone SE 2 is more of an ‘iPhone X Mini’.

Dual cameras and the new screen would mean it would cost a lot more, which is against the point of the iPhone SE range, for people that want a smaller, cheaper iPhone. It all adds up to the rumors being sourced at the iPhone XR development center.

That said, we wouldn’t completely rule out Apple following its current design style for an iPhone SE 2, especially as this would allow it to fit a larger screen in a smaller body, due to lack of bezels.

We also have the image below, which shows a design a lot like the original iPhone SE and with the headphone port intact. Could this be closer to any perhaps-planned iPhone SE 2 design?

It’s a design that another leak seems to echo, adding that the iPhone SE 2 will have a glass back and support wireless charging, so with two distinct designs doing the rounds we’re not sure what’s accurate at this point.

That’s if any are. Again though, the chances of us seeing an iPhone SE 2 at all at this point are looking rather low.

That would be an upgrade in some areas from the iPhone SE, but not much of one, putting it roughly in line with the iPhone 7, albeit with a smaller screen.

What’s most confusing about the new phone is this: how would you get into it? Face ID has been rumored to not be available, in order to save money… so if the all-screen version is to be believed, how would you open the phone?

With that in mind, the more traditional, static design with the fingerprint scanner seems to have more weight… so let’s see what appears.

iPhone SE 2: what we want to see

We’ve come up with a wish list, filled with features that we want to see in the new iPhone SE 2.

Some of them are pleas to Apple to not remove key specs, while others dare the company to try something new. 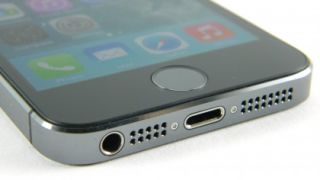 First things first: the iPhone SE has a headphone jack and we’d very much like it if Apple kept things in place for the iPhone SE 2.

If Apple doesn’t mess with the design of the next iteration, there’s little reason to see it removed. However, rumors point to a new look, so fingers are crossed that the 3.5mm headphone jack doesn’t get left on the cutting room floor.

From a value perspective, the iPhone SE is high on the charts if you’re looking for a phone that will last you through the day. As we discovered in our in-depth battery test, the SE swept the floor of the other popular iPhone models of the time, like the iPhone 7 and iPhone 6.

Its prowess at saving power makes sense. The screen is smaller and its boxy design doesn’t force Apple to slim down on the battery in the way that it might for a slimmer, sleeker chassis used with its core iPhone products.

While we’re short on complaints about the SE’s battery performance, it can only get better, right? We’d like to see Apple pushing some boundaries with its next phone with numbers that take it even higher. 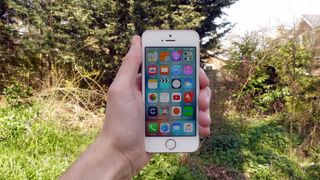 One of the more impressive things about the SE is that it fits in a similar set of specs found in the iPhone 6S. A punchy palm-sized smartphone that could handle everything that its fancier iPhone brethren could for a more digestible price.

There’s no arguing that reviving the iPhone 5 design for use with the iPhone SE was a good idea. After all, it’s a winning design, first debuted on the iPhone 4, that set Apple far ahead of its competition in terms of build quality.

However, there comes a time when even the best design ideas need to be left to the side. And when looking toward the release of the iPhone SE 2, that time is now.

We’d love to see something drastically different, all while sticking to the ergonomic four-inch size that SE fans are accustomed to.

Of course, if the design changes at all it will probably now take the form of a shrunk-down iPhone XR, but that’s not necessarily a bad thing.

That’s right, we want Apple to give the iPhone SE 2 a chance. There’s still a market out there for people who want an iPhone that sits comfortably in the palm, can be used one-handed without inducing a drop risk, and doesn’t take up every square inch of a pocket.

The iPhone SE form factor is loved by its fans, and while the iPhone SE 2 won’t be a best-seller for Apple it will show that the Cupertino firm is listening to some of its most loyal fans.