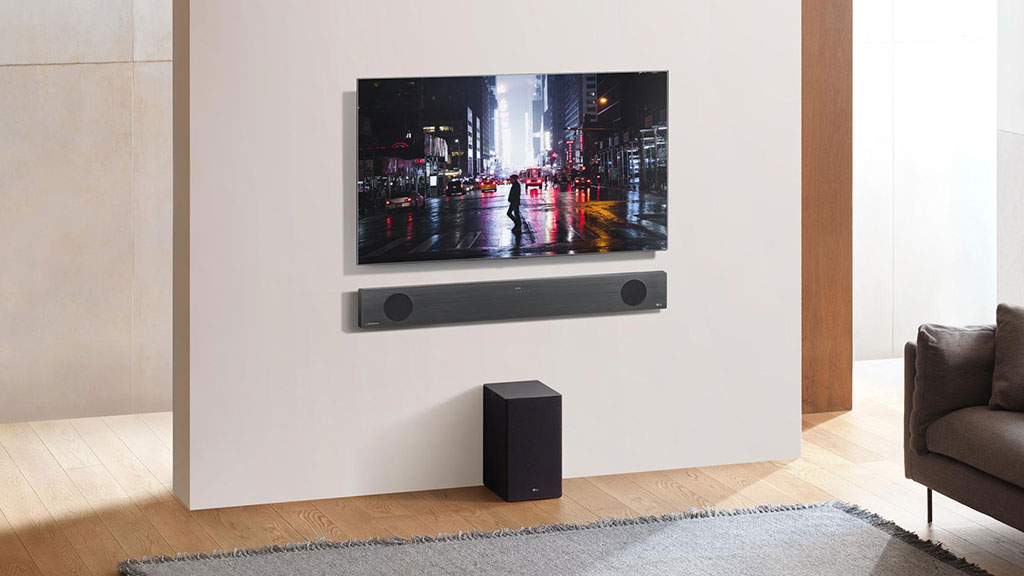 LG’s upcoming SL8YG, SL9YG (available June) and SL10YG soundbars each support both Dolby Atmos and DTS:X formats, and feature advanced digital signal processing from the experts at Meridian Audio, whose Upmix technology is said to be capable of upgrading two-channel audio into a proper multi-channel experience.

The soundbars employ an advanced sound processing algorithm to create three-dimensional audio. We listened in on a demonstration of both the low and high-end models and came away incredibly impressed by the overhead audio each was able to achieve.

Additionally, the demo revealed surprisingly powerful, room-filling 440W sound from the entry-level SL8YG (3.1.2 channel), though there was a noticeable jump in audio quality when we moved on to the top-tier SL10YG (5.1.2 channel), which exhibited a warmer, fuller 570W sound with additional depth.