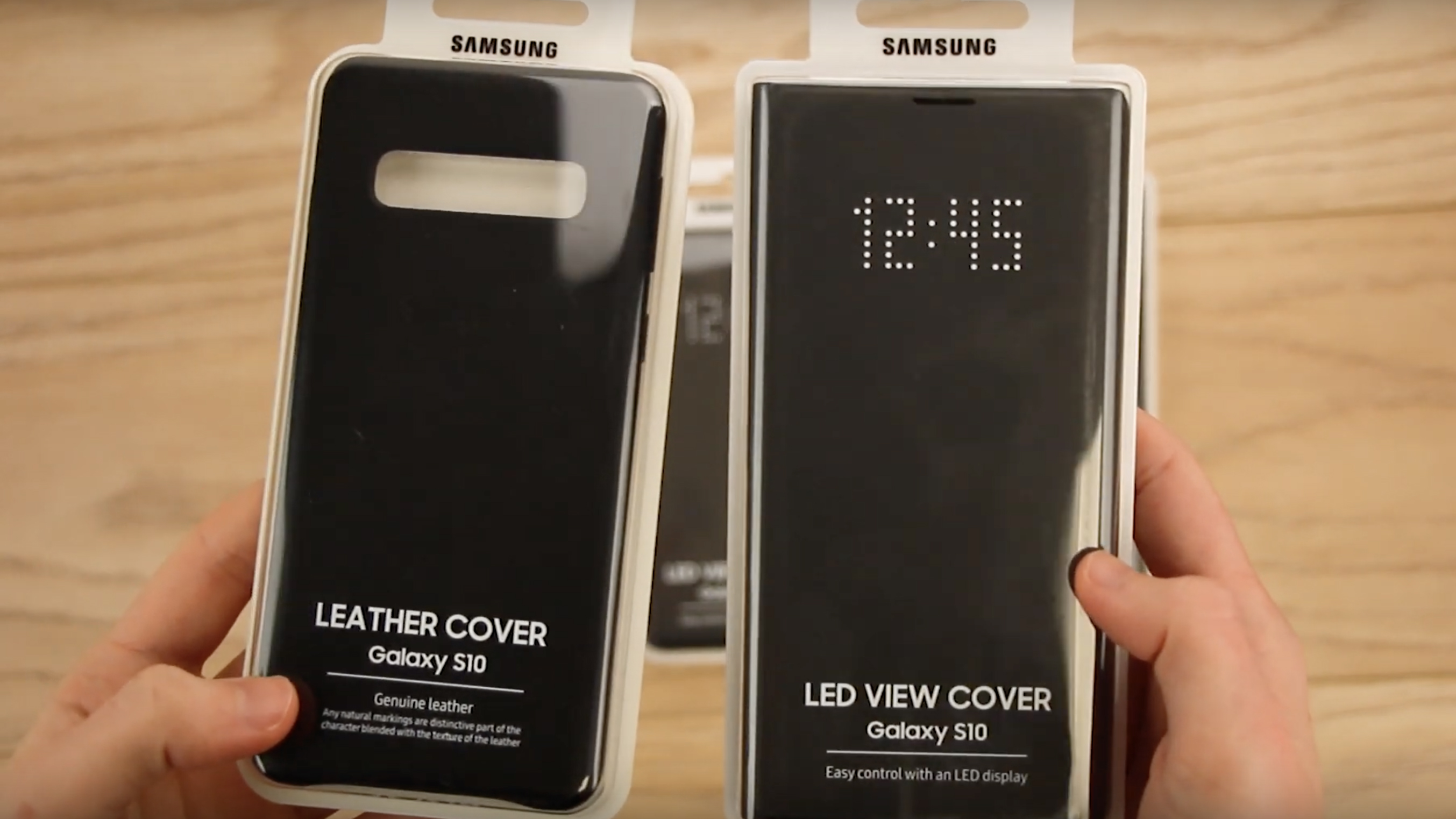 A bunch of official Samsung Galaxy S10 cases are due to launch alongside Samsung’s new smartphones next week… but you don’t have to wait that long, apparently. You can get an idea of what Samsung’s next big thing looks like right now.

Today, a variety of Samsung-made cases have leaked thanks to Mobile Fun, and the covers are designed for Samsung Galaxy S10, Galaxy S10 Plus, and Galaxy S10e.

Specifically, you’ll spot the supple Leather Case and the LED View Cover for the new Samsung phones. The View Cover acts as a folio and lets the time shine through.

Check it out for yourself in the video below:

The all-black cases look standard, but there are two surprise details stemming from today’s Galaxy S10 cases video leak that caught our eye.

First, the cheaper Galaxy S10e case includes a gap to access the power button. Leaks have suggested it’ll get a fingerprint reader on this side button, not underneath the glass like on the more premium Galaxy S10 and Galaxy S10 Plus.

Second, the back of the box hints that you’ll need to take off the case to reverse wireless charge the Galaxy Buds. Samsung seems to call this Wireless Power Sharing.

We’ll have more details on the official Samsung Galaxy S10 cases soon, as Samsung is due to reveal its smartphones on February 20.