Panasonic has finally confirmed the full specs of its two new full-frame L-mount models, the Lumix S1R and Lumix S1.

The cameras, which are the company’s first additions to the L-mount system, were first announced at Photokina in September, although Panasonic only released a handful of details as their capabilities. Now, it has confirmed exactly what they will feature, alongside further details on the triplet of lenses that will be launched alongside.

The Lumix S1R and S1 are identical in virtually every respect, with their main point of difference concerning their sensors. While the S1R is fitted with a 47.3MP full-frame sensor, the Lumix S1 sports a lower-resolution 24.2MP alternative. This qualifies the S1R as being the highest-resolution full-frame camera currently on the market, albeit by a tiny margin.

As is now often the case, the Lumix S1R’s 47.3MP sensor has no anti-aliasing filter, which should help more detail to be retained in images, and it’s been designed with a new aspherical micro lens array. As we would expect, the ISO range allowed by both is also different, with a maximum native ISO of 25,600 on the S1R and a top setting of ISO51,200 on the S1, with expansion settings alongside these for emergencies. 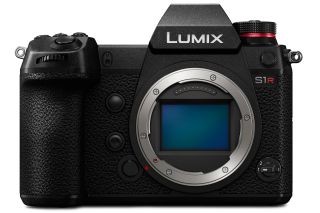 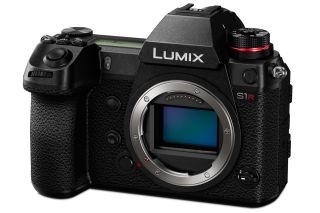 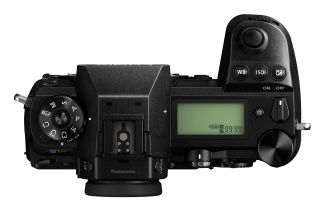 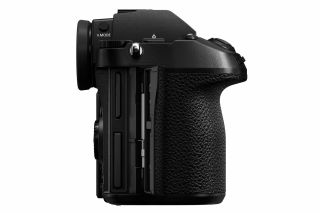 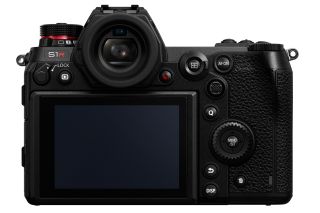 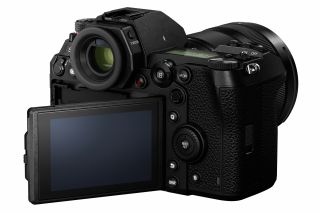 Rather than use Panasonic’s existing collection of Micro Four Thirds optics, the two new models are compatible with a fresh collection of L-mount lenses. Three have been announced today and a further ten or more are set to be designed and developed by 2020. On top of these, the two cameras are compatible with existing L-mount lenses from Leica, together with future lenses from both Leica and Sigma. 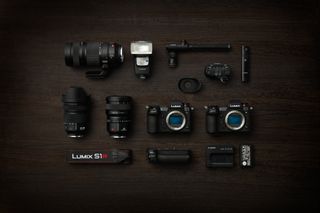 Both the S1R and S1 are also equipped with a fresh iteration of the company’s Venus processing engine, which allows for 9fps burst shooting, or 6fps shooting with continuous focus. Should that not be fast enough, the 6K Photo mode on the two models knocks back resolution to 18MP while boosting burst rate to 30fps, while the older 4K Photo mode can work up to 60fps at 8MP.

This latest engine also powers a Dual Image Stabilisation mode, which combines five-axis image stabilisation from the sensor with two-axis stabilisation from S-series lenses fitted with their own OIS systems, and on both models this is said to deliver a very respectable – though not quite class-leading – CIPA-rated benefit of 6 stops. When the sensor-based system is used on its own, the advantage drops (very) slightly to 5.5 stops on both models. 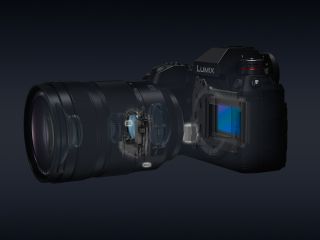 While the technology is familiar to Lumix users, this system appears to be more sophisticated than those on previous models. Panasonic claims the new system uses information from both the gyro sensor and the main imaging sensor to better help stabilisation, together with additional data from an accelerometer sensor in the camera. These are also the first models to incorporate an I.S. Status Scope, a graphic interpretation of vibration sensed.

The body-based image stabilisation system also powers a High Resolution mode, the likes of which we’ve not seen on any other model yet. While the principle on which it works – capturing a number of separate frames before combining them into a single, high-resolution composite – is familiar, Panasonic claims that the S1 will be able to output these as a raw file with 12,000 x 8,000 pixels, which is equivalent to 96MP. The S1R, meanwhile, can do the same at 16,736 x 11,168 pixels – a staggering 187MP. 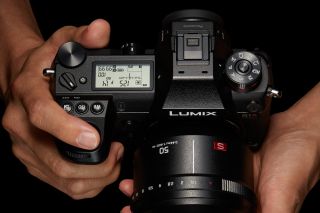 On both models, this feature combines eight individual images captured in quick succession, with a minute shift in sensor position between each one. There’s also a further option to suppress motion blur, which should give better clarity to subjects moving during the duration of the eight frames.

Other new features include HLG Photo Modes (Hybrid Log Gamma) photo modes, as well as 65:24 Film Panorama and 2:1 aspect ratios. An AWBw white balance setting that creates images with a slight red tint also appears for the first time here, as does a Highlight Weighted Light Metering Mode that’s said to prioritise highlight details in the brightest areas of the picture.

Panasonic has maintained its well-established contrast-detect AF system for both the S1 and S1R, once again using Depth From Defocus (DFD) technology to drive the focusing system as quickly as possible. Specifically here, the company claims that the sensor and engine inside each body communicate with the lens at a rate of 480fps to deliver speed and precision, responding in as little as 0.08sec. 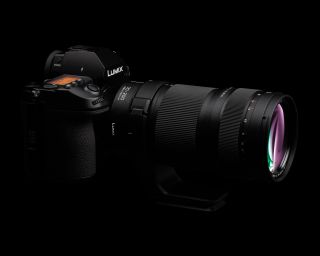 Much like the recent Olympus OM-D E-M1X, the new models also employ machine learning to help with subject recognition, which in turn is said to benefit tracking and focus acquisition. Here, the system is said to detect humans, cats, dogs and birds, and knows to stick with the subject even when the subject’s back is turned to the camera. To further help the camera focus on what’s essential, face detection is bolstered by Eye AF and pupil detection.

Panasonic has pushed 4K video recording arguably more than any other manufacturer on its other lines, and both the S1 and S1R arrive with 4K video recording to 50/60p, together with 2x slow-motion output in 4K to 30p and 6x slow-motion output to 180fps in Full HD. Both bodies also sport 3.5mm ports for microphones and a set of headphones, and both can have footage recorded to either SDHC/SDXC or XQD media, or externally through the full-size HDMI port. 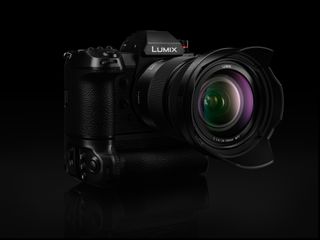 It is, however, the lower-resolution S1 that appears to be more suited for high-quality video work. It records 4K footage using the full width of the sensor when shooting at 30p, with 4:2:0 8-bit internal recording and 4:2:2 chroma subsampling when outputting footage through the HDMI port.

Later this year, however, the company will issue a paid-for update that will strengthen video specs, with 4K recording at 60/50p boasted to 10-bit 4:2:2 recording through the HDMI output and 10bit internal recording to 30p/25p/24p at a 4:2:2 sampling rate. This update is also set to bring with it a V-Log update.

Other video-specific features on the S1 include gamma curves such as Cinelike D/V and Like709, together with a new flat mode with less contrast and saturation, and a Hybrid Log Gamma (HLG) profile.

Another seemingly class-leading feature is the Real View finder (ie electronic viewfinder) incorporated into both models. This is based around a 5.76million-dot OLED panel, which is significantly higher than the 3.69million-dot panels inside the company’s other recent models such as the GH5S and G9. 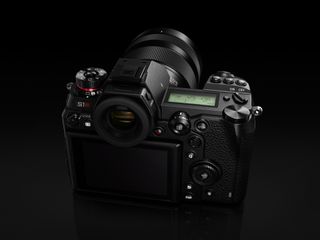 The viewfinders’ refresh rate can be set to a maximum 120fps, while lag time is rated at 0.005sec, which should help to maintain a realistic view when panning subjects. Magnification, meanwhile, can be adjusted between 0.78x, 0.74x and 0.7x through a View Mode button at the side of the viewfinder chamber.

These finders are joined by a 3.2in LCD on both models, each packed with 2.1million pixel and each responding to touch. As Panasonic had already revealed in September, the LCD on each model is attached to the camera through a tri-axial design that’s becoming increasingly common among such cameras, rather than the more conventional side-swivel design we’ve had up until now on similar Lumix models. Each camera also has a small back-lit LCD on its top-plate that rounds up key shooting information.

Both the S1 and S1R have been crafted with dust- and splash-resistant bodies, each built with magnesium alloy die-cast front and rear panels. Operation is also assured down to -10ºC, and this protection extends to the three lenses announced alongside the new models. 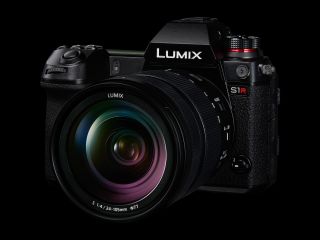 Operation in darker conditions has also been considered, with five illuminated buttons joining Night Mode and Live View Boost options on the LCD screen, while other controls include an eight-way AF joystick and a lock control that prevents settings from being accidentally changed.

The mechanical shutters inside each camera have been rated to 400,000 actuations, and each allows for a maximum shutter speed of 1/8000sec. This ranks well with DSLRs on the same level. 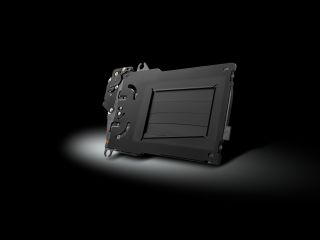 As is now standard for such models, both the S1R and S1 have been designed with a pair of card slots around their side, and these support SDHC/SDXC (up to UHS-II) and XQD media cards. The latter format is starting to gain ground among professional models, and the S1R and S1 will join the likes of Nikon’s Z-system cameras in promising support for the CFExpress format that’s set to succeed XQD in the near future. Those wanting to get their images wirelessly out of the camera, meanwhile, can do so through the Wi-Fi and Bluetooth on-board.

Both models are set to go on sale from 18th March in the UK and from April in the US. Availability and pricing for Australia is yet to be confirmed.