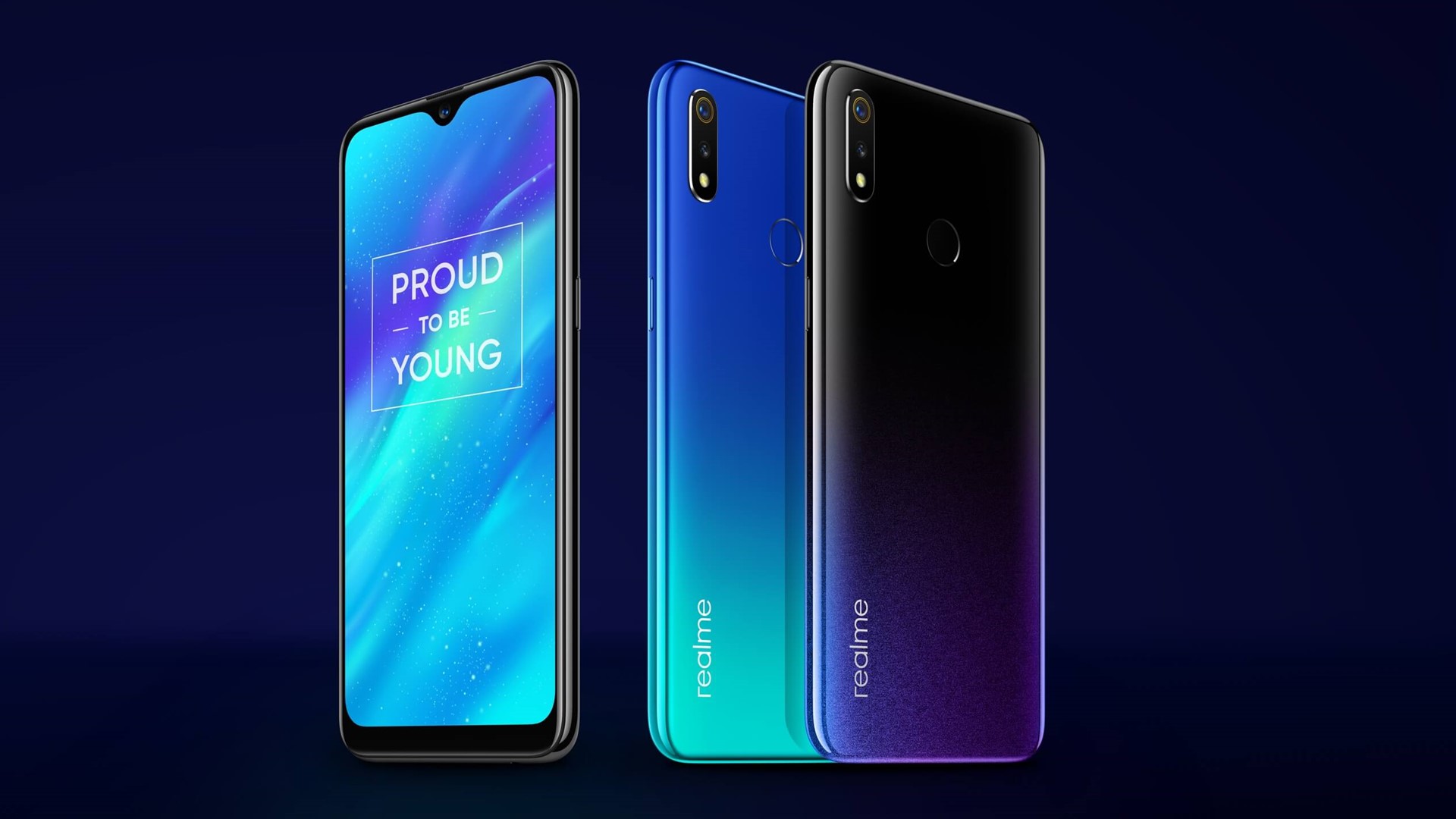 Realme 3 has just gone official in India at a press conference hosted by Realme Mobiles. The sixth phone by Realme in nine months of its existence, Realme 3 is ready to take on the likes of Redmi Note 7 and the Samsung Galaxy M20, to name a few. It is definitely an upgrade over the previous generation as it has a bunch of aces under its sleeve. Let’s take a look.

The phone features a 6.2-inch HD+ (1520 x 720 pixels) display protected by a layer of Corning’s Gorilla Glass for added protection. Realme has gone with the waterdrop-style notch design on the front which allows 88.30% screen-to-body ratio and 19:9 aspect ratio. It’s not like the Realme 3 has no bezels, but is able to restrict it to around 2mm in size. It is 8.3mm at the thickest point and weighs 175g.

Realme 3 is powered by MediaTek Helio P70 chipset which is manufactured using TSMC’s 12nm production process. It is supported by an octa-core CPU and Mail-G72 MP3 graphics renderer backed by 3GB/4GB of RAM and 32GB/64GB of storage options.

The phone runs on Android 9.0 Pie based ColorOS 6.0 with added features like the app drawer along with app optimizations.

Realme 3 has a dual camera setup on the back which consists of a primary 13MP camera with an f/1.8 aperture and a 2MP depth sensor. The company has also introduced two new modes in the camera app. These are Chroma Boost and Nightscape modes which optimizes pictures and makes them look more appealing.

On the front, there’s a 13MP selfie camera with an f/2.0 aperture along with a beautification mode and HDR support.

The Realme 3 has a 4,230mAh battery to its disposal and could optimally power you through a day’s worth of medium to heavy usage pattern.

During the launch, the company also teased the upcoming Realme 3 Pro due out in April 2019.

The Realme 3 comes in two variants with three colour options- Dynamic Black, Radiant Blue and Black. The variant with 3GB of RAM and 32GB storage is priced at Rs 8,999 while the 4GB variant with 64GB onboard storage will retail for Rs 10,990.

The first sale of Realme 3 is scheduled for March 13 on Flipkart.

Alongside, the company also announced its range of iconic cases for Realme 3 priced at Rs 599.