While gaming laptops used to be niche enough that it was a little easily to search for the one that happened to be packing the best processor, GPU and RAM assortment, the field has exploded since then and it can be a little harder to determine the best gaming laptop.

The gaming laptop we’re used to seeing – thick chassis with RGB and tapered flares – isn’t the only option any more, with a variety of advancements (such as Nvidia’s Max-Q technology) allowing the sleeker ultrabook form factor to harbour some incredible grunt as well.

Regardless of if you’re in it for the stealthy, sleek numbers to slip in your satchel on the go, or an all-in-one replacement for a desktop rig, we’ve sifted through what’s on offer to bring you the best gaming laptops available in Australia. 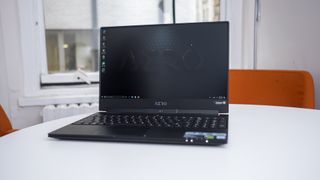 It used to be that the best gaming laptops were thick, bulky devices that were necessary to experience the best PC games on the move. Those days are over. The Gigabyte Aero 15 packs a 6-core 8th-generation Intel Core i7 processor and a GTX 1060 into a package that allows it to pass as an Ultrabook. And, thanks to that beefy 6-core processor, it’s not just the best gaming laptop right now – it’s one of the best laptops, period. 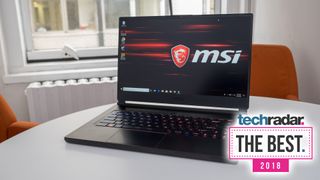 If you want to play some of the best PC games on the move, but you don’t want everyone to know you’re playing games, the MSI GS65 Stealth is the best gaming laptop for you. Coming in at just 17.5mm thick and featuring impressive hardware like Intel Coffee Lake processors and Nvidia GeForce GTX 10-series – refreshed with RTX 20-series graphics at CES – the MSI GS65 Stealth packs a ton of power into a very svelte package. There’s nothing you won’t be able to throw at this thing that’ll slow it down. And, thanks to the subdued design, you’ll be able to bring this beefy rig everywhere you go, making it on of the best gaming laptops on the market right now. 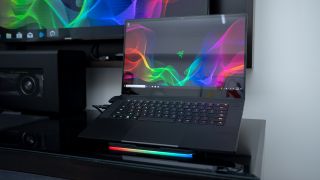 The 15.6-inch Razer Blade might still have an unbearably edgy name, but now that the 2018 version is here, it’s fitting – it’s still on the cutting edge. Beyond its insanely high-end specs and beautiful chassis, it can fit up to a 4K Ultra-HD display, with the specs to actually back it up. That’s not to mention the expandability that the Razer Core X opens up. It might be expensive, but if you’re a Razer fan looking for the best gaming laptop, it might just be for you. 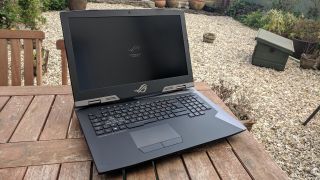 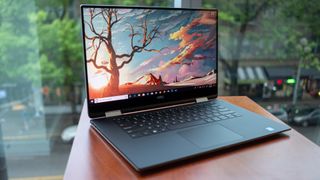 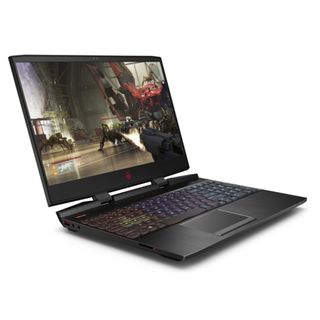 Is HP’s latest gaming laptop a sign from the gods?

While there are other gaming laptops opting for the sleekness and subtlety of an ultrabook, the HP Omen 15 offers up aesthetics that are unashamedly on the louder side of gaming. Thankfully, this is matched with a solid, sturdy chassis and some seriously solid performance to back it up. In fact, for the price, the Omen 15 performs remarkably well with either its GTX 1060 or 1070, and all of its configurations will offer up something of value to those who buy it. 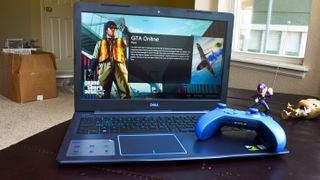 Great performance for the money 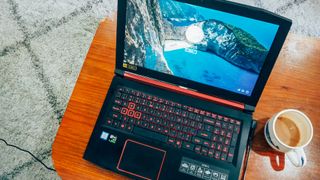 This budget gaming laptop is dynamite

Awesome performance for the price

While there are a handful of laptops in the budget space that offer great gaming solutions for those who are tight on cash, the Acer Nitro 5 is this year’s budget-laptop to beat. Whether it’s the entry level offering that doubles the RAM allocation to 16GB and throws in an additional 16GB of Intel Optane system memory/storage, or the mid-tier option offering a Nvidia GTX 1060 GPU, the Acer Nitro 5 is really showing up the competition in the budget gaming space 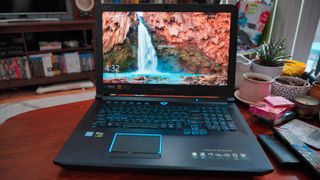 Although the Predator Helios 500 from Acer might be almost as big as some desktop rigs, it’s sporting an awesome 17.3-inch screen and has the performance to back it up. With a 144Hz refresh rate and G-Sync, this huge display matches up with a GPU that performs considerably better than other laptops with the same configurations. As long as you’re not having to carry this one too far, the Predator Helios 500 is a great choice. 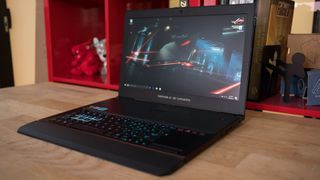 Under an inch thick and still kicking ass

Kicking Nvidia’s Max-Q technology off right, the Asus Zephyrus GX501 combines the heralded thinness of an Ultrabook with the performance of a gaming PC to bring the best of both worlds to your fingertips. Despite exhibiting subpar times in our battery life benchmarks, this svelte powerhouse of a notebook is one for the books when it comes to both portability and style. Plus, it’s virtually silent if noise is a cause for distraction in your everyday routine.