But the aerospace company has a flying car in development, too, and it’s also apparently channeled its knowledge of jet turbines into creating a flying motorcycle called the Speeder.

The “Return of the Jedi”-esque craft is now available for pre-order on the company’s website — if you have $10,000 to put down on it.

The Speeder’s four turbojet engines allow the craft to fly in excess of 241 kilometers per hour (150 mph) for up to 22 minutes, depending on the altitude and the weight of the pilot, which can go up to 250 pounds.

The flying motorcycle is powered by either kerosene, JetA, or diesel, and it can reach a height of 15,000 feet. But as JPA notes on its website, a pilot would need to supply their own oxygen at that altitude. 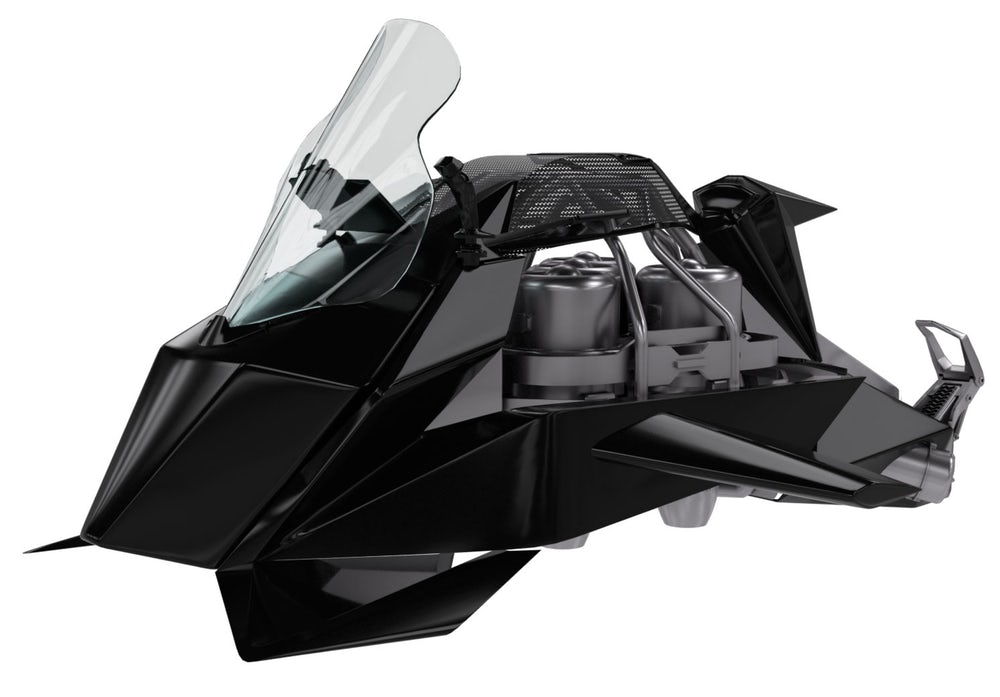 JPA plans to produce just 20 recreational models of the Speeder at first. But it’s also working on a military/commercial version it says will have a fifth turbojet engine and the ability to fly with no pilot.