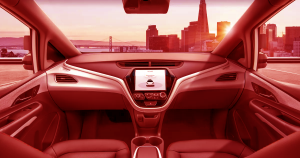 Donald Trump has aligned himself with the 71 percent of Americans wary of self-driving cars, reportedly telling a number of people he doesn’t trust autonomous vehicle tech, according to Axios.

Axios spoke to four anonymous sources who all heard Trump say he doesn’t believe self-driving technology will ever be perfected.

When a fellow golf club member expressed excitement for the self-driving capabilities of his new Tesla, the club member told Axios Trump replied by saying: “Yeah that’s cool but I would never get in a self-driving car… I don’t trust some computer to drive me around.”

Trump’s comments come as a surprise, given his administration’s push to relax regulations and speed up the rate at which companies can develop and test self-driving vehicles. But apparently his own administration’s efforts aren’t enough for Trump to relinquish control over his golf cart’s steering wheel.

“You know when he’s telling a story, and he does the hand motions,” one source told Axios in regards to Trump’s comments. “He says, ‘Can you imagine, you’re sitting in the back seat and all of a sudden this car is zig-zagging around the corner and you can’t stop the fucking thing?’”