The Windows 10 April 2019 Update will be the first major update for Microsoft’s constantly-evolving Windows 10 operating system this year.

Hopefully, the Windows 10 April 2019 Update will avoid those sort of problems, and will arrive – as the name suggests – in April. However, the April 2018 Update was rather infamous for almost missing its April launch date, so that could change.

With the launch of the Windows 10 April 2019 Update approaching, Microsoft has begun releasing early versions to Windows Insiders – who are customers who have signed up to try out the latest version of Windows 10.

We don’t have an official release date for the Windows 10 April 2019 Update, but going by the name, we can have a good guess.

So, it’s very likely that it will be ready to download at some point during April 2019. However, we won’t say that’s a complete certainty.

That’s because last year’s April 2018 update only just released in April. After a few delays, it emerged on April 30, which is cutting it a bit fine.

With any major update to an operating system, delays and problems can arise, so the April 2019 release date isn’t guaranteed.

But, the fact that Microsoft has named this update April 2019 could mean that it’s confident that it will release the update during that month, as it won’t want the embarrassment of releasing an update with an outdated name again.

We’ve known about the Windows 10 April 2019 Update for a while now, though it was mainly referred to as Windows 10 version 1903 and by its codename Windows 19H1.

The 19H1 codename gave us a clue to the release date and possible name, as it suggests the update will be released in the first half of 2019.

Rumours had been swirling that Microsoft would choose April 2019 Update as the name, following on from its April 2018 Update last year.

This reference, which was found by Twitter user Tero Alhonen, is the strongest evidence so far that it will be called the Windows 10 April 2019 Update.

Of course, Microsoft could always change the name of the update before it’s released, especially if it looks like it will be delayed until later in the year.

However, considering the evidence, including Microsoft’s past naming conventions and the fact it wants it out in the first half of 2019, we’re pretty confident it will be called the Windows 10 April 2019 Update.

Because an early version of Windows 10 April 2019 Update is available for Windows Insiders (like ourselves) to try, we’ve got a good idea of some of the new features that will be heading to Windows 10 with this update.

As always with early versions of these Windows 10 updates, this list doesn’t have every new feature, but we’ll update it when major new features are announced.

Also, bear in mind that some of these features may be removed from the final version of the Windows 10 April 2019 Update for various reasons.

The Windows 10 April 2019 Update will bring a new Light desktop theme, making a nice contrast to the Dark theme that we’re used to with Windows 10.

Not only does it make the taskbar and Start Menu lighter, but new icons have been created that better suits the new Light theme.

Best of all, you can mix and match parts of the Light and Dark theme to get a look that best suits your tastes.

Microsoft has continued to tweak the Start Menu, and the changes it’s made in the Windows 10 April 2019 are definitely welcome.

First of all, the Start menu when you first use the update is much less cluttered, with tiles and shortcuts for pre-installed apps not taking up as much space.

However, there are still a number of apps and games that come pre-installed, and there are probably some that you don’t want to use. With the Windows 10 April 2019 Update, you can now uninstall more pre-installed apps that you used to.

That might sound like a complex change under the bonnet, but the only noticeable ramification for the user will be that the Start menu runs more smoothly, and is protected from potential issues which might be caused by other areas of the OS.

The end result is a more reliable Start menu, according to Microsoft, and a more responsive one too, because Start doesn’t suspend itself any longer, so that makes for a slightly quicker launch time.

Cortana is no longer integrated into the search box 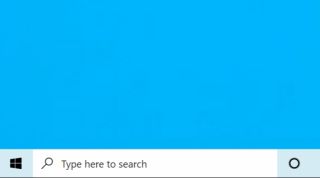 In the Windows 10 April 2019 Update, Cortana will be separated from the search box in the taskbar.

As well as splitting search and Cortana on the taskbar, settings for these two have also been split up in Windows 10, along with group policies.

So now when you click search, you get a straightforward operating system search. And if you want to summon Cortana, you have to use her separate icon.

You can now pause updates 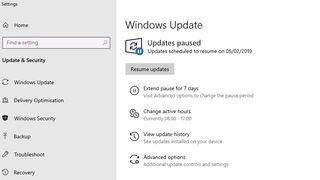 This is a very handy feature that allows you a bit of breathing room when an update is released. It gives you time to check out to make sure that the update is working correctly, and if there are issues, you can pause the update until they’ve been fixed.

In a perfect world, a new Windows update would arrive without any problems, but as we’ve seen in the past, that rarely happens. This features has been available to Enterprise and professional Windows 10 users, so it’s good to see it come to the Home version as well. 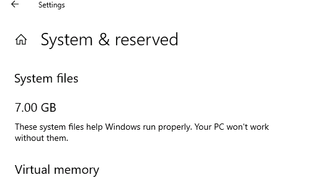 One of the more controversial features that the Windows 10 April 2019 Update brings is that it will now reserve 7GB of space on your hard drive which will be used to store temporary files.

While some people may not like Windows 10 helping itself to yet more storage space on your hard drive, the idea is that this will make downloading Windows 10 updates easier in the future, and will prevent people experiencing an error where an update fails to install due to lack of space.

If you’re running Windows 10 Professional, then the new Windows Sandbox tool could be of interest. It allows you to easily run a virtualized version of Windows 10 in a window, allowing you to run software and test out settings and code without it affecting your main Windows 10 installation.

This is only a taste of the new features that are coming to Windows 10 with the April 2019 Update. We’ll continue to update this list as we discover more.