Xiaomi backed Black Shark is all set to unveil the Black Shark 2 on March 18 at an event that will be hosted in Beijing, China. Earlier in February, Wang Teng Thomas, Black Shark Product Director had confirmed that the company was readying their second gaming phone. 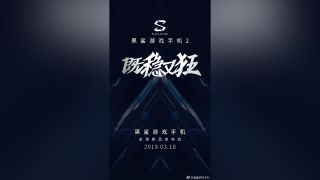 Just this past week, Black Shark 2 made an appearance on Geekbench by the moniker “blackshark AAA”. The phone is powered by Qualcomm Snapdragon 855 chipset and 12GB of RAM to boot. It was awarded 3516 points for single-core performance and 11413 points as the multi-core score.

Additionally, Black Shark 2 will feature advanced Liquid Cool 3.0 which was also confirmed by the company earlier. Through the 3C certification that Black Shark 2 has received, it can also be confirmed that the upcoming phone will support 27W fast charging. The rear panel design has also been tweaked a bit and is expected to feature a vertical dual camera module.

Black Shark is also setting up offices in India and its operations in the country are spearheaded by David Li, Global VP and General Manager India, Black Shark. While there is no word on the official launch, it could be possible that the Black Shark 2 is brought to India to test the water.

Interestingly, Xiaomi is also announcing the Redmi Note 7 Pro in China on March 18. The Note 7 Pro has already been launched in India and will be going on sale for the first time on March 13 starting at Rs 13,999.