The title of cheapest broadband deal has belonged to Onestream for a while now but it looks like Plusnet has stepped up to challenge the title with a brand new online exclusive.

This new offer gets you standard ADSL internet with average speeds of 10Mb for just £18.99 a month. Now you might be sitting there thinking there is cheaper broadband options out there but Plusnet has thrown in a little freebie to really push this to the top. This online exclusive also gets you a £75 reward card which brings the overall cost over the 12 months down to the cheapest price, beating out all of its competitors.

If you were hoping for something a bit faster, Plusnet also has an online exclusive for its fibre package. For £23.99 a month you get average speeds of 36Mb and a reward card of £50 – a great deal for those who find ADSL speeds a bit too slow.

So if you want to get your hands on the cheapest broadband deal scroll down and see all of the details or go to our best broadband deals page if you were hoping for something a little bit different.

These brilliant broadband deals in full: 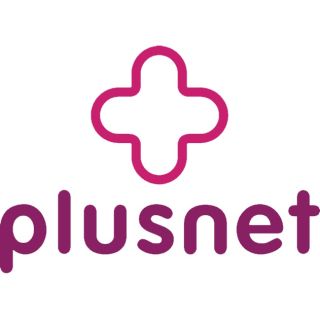 Plusnet Unlimited Broadband | 12 months | 10Mb average speed | Free calls to Plusnet customers | £18.99 per month | £5 activation | £75 reward card
Here it is, the cheapest broadband deal in the UK right now after the reward card. You’re getting average speeds of 10Mb, free calls to Plusnet customers and you’re only locked into the contract for 12 months, something that is becoming more rare with broadband deals these days!

Plusnet Unlimited Fibre Broadband | 18 months | 36Mb average speed | Free calls to Plusnet customers | £27.99 per month | £9.95 activation | £50 reward card
Standard broadband not quite fast enough for you? Well this package ups the speeds and still gets you a reward card to sweeten the deal. It’s already one of the cheaper fibre deals before that card but it gets a whole lot cheaper when you include the £50 reward – well worth considering.

If you are looking for something with a cheap monthly cost without faffing around with a reward card then Onestream is offering unlimited broadband with average speeds of 11Mb for just £13.99 a month, that’s the cheapest broadband deal before cashback or rewards.

If you’re after cheap fibre broadband then Vodafone is the place to be right now. Its Superfast 1 package is currently just £20 a month, an absolutely brilliant price for fibre. Or if you’re willing to spend a bit more, BT is offering a fibre deal package with a freebie to entice you in. For £29.99 a month and a £9.99 upfront fee this BT deal will get you superfast fibre, with speeds of 50Mb and a £100 BT Reward Card.

Israel’s Beresheet lunar lander, which launched in February aboard a SpaceX Falcon 9 rocket, has sent back stunning video footage showing the sun emerging from behind the Earth.  This video… India has become a major point of attraction for smartphone companies be it China or South Korea. There’s no dearth of phones in the country and it is only expected…

New Year’s has arrived, and for many people, that means an annual resolution to get in shape. If you’d like to get more active, buying an activity tracker in 2019…

Psst. Looking for some “white plastic?” If you are, then you’re trucking in ivory, the sale of which is illegal in many countries and U.S. states. “White plastic,” “jelly,” “yellow… Businesses across Europe have been warned to stay alert to a rise in phishing attacks. A report from security firm F5 Labs has highlighted that such scams are set to…