It’s perhaps the one of the most long-rumored launches in tech history, but an Apple streaming service for TV and movies is finally expected to land today (Monday, March 25). The “It’s show time” keynote is expected to see an Apple branded Netflix rival emerge – and it could have  Amazon Prime, Hulu, and Disney’s upcoming streaming service Disney+ running scared.

Though the streaming service will be the reveal we’re most excited to see, with the hype bubbling to fever pitch there’s plenty to suggest that Apple’s TV and movie offering won’t be the only thing we have to look forward to.

Rumors point to the Cupertino-based company also launching an iOS game streaming service,  or at least a gaming subscription play.

And on top of that, it’s also looking likely that Apple will reveal its long-gestating news offering – a complete media package that has been said to include paywalled websites, newspapers and magazines in one app deal.

Plenty to rock the boat in the world of entertainment and media then – but can it truly rival the world’s most popular on-demand platform, Netflix? And would Apple ever be committed to a gaming platform? Read on for everything we know about the event so far.

How to watch today’s Apple event 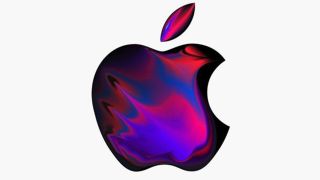 Where can I watch the event? Apple is hosting a livestream of the event, which you watch on the Apple website. Otherwise, we’ll be posting updates as they happen on our live blog.

How long does it last? The event is expected to last for one hour.

At this moment in time, nobody knows a huge amount about Apple’s streaming service – but what we do know is that Netflix doesn’t want anything to do with it, with its Chief Executive, Reed Hastings confirming that it Netflix has “chosen not to integrate with [Apple’s] service.”

Apple’s streaming service is likely to rely heavily on Apple’s original content, which hasn’t exactly been a roaring success in the past.

However, with budgets reportedly exceeding $1 billion, Apple’s latest foray into the world of content creation appears to be more ambitious than ever before.

We’ve known of Apple’s original content push for a while now; in 2018, the New York Times  reported that Steven Spielberg is rebooting his ‘Amazing Stories’ anthology series from the 1980s, the producer behind ‘Battlestar Galactica’ is working on a new space drama, and the creator of Fox’s ‘Bob’s Burgers’ is making a new animated series.

Other big Hollywood names are here, too. If the reports prove accurate, Jennifer Aniston and Reese Witherspoon will star in a series about a fictional morning TV show,  while Academy Award-winner Octavia Spencer is set to star in drama ‘Are You Sleeping?‘

With all these big names involved, we’re expecting today’s Apple event to be a star-studded affair, with Bloomberg saying that Apple has “invited Hollywood stars, including Jennifer Aniston, Reese Witherspoon, Jennifer Garner and director JJ Abrams”  along to the launch.

Aside from original content, CNBC has reported that the new streaming service will also have a number of ‘Channels.’

These Channels will include options to access subscriptions to other services, which so far include Starz, CBS and Viacom, according to CNBC’s sources. HBO is also rumored to be one of these Channels.

However, CNBC reported that HBO is not as far along in partnership discussions as these aforementioned networks, and it’s unclear whether that will impact its availability on Apple’s service.

Will Apple’s streaming service suffer without content from the likes of HBO and Netflix? Only time will tell, but Apple could have the edge if it creates a wider media offering and bundles in other formats like newspapers and magazines, which could be a very real possibility after the company’s acquisition of Texture.

The subscription price of Apple’s new video streaming service is one of the biggest mysteries surrounding the launch, but some reports do claim it’ll be cheaper than Netflix.

However, the new service may not be available to the public until later this year, according to a report by Variety, which says, “sources familiar with the plans say Apple’s video service will be targeted for a launch in summer or fall rather than the April timing that has been the subject of media speculation.”

Variety also reports that we will see “show clips of [Apple’s] original series” at today’s event, but that the shows themselves won’t be released until later this year.

The keynote promises to be a star-studded event, with Bloomberg saying that Apple has “invited Hollywood stars, including Jennifer Aniston, Reese Witherspoon, Jennifer Garner and director JJ Abrams”  along – names that have been associated with upcoming original Apple content.

Even if the rumors are true, we wouldn’t expect Apple to significantly undercut Netflix, so we could be looking at a monthly cost of $8 (£4.99 / AU$8.99) for an Apple streaming service subscription at the very, very least – and more if it bundles in other services.

Apple streaming service: what we want to see

It almost goes without saying that Apple’s streaming service should have support for 4K playback, in line with other streaming platforms like Netflix and Amazon Prime Video.

4K streaming often goes hand in hand with a tiered subscription model; after all, if you don’t have a 4K TV, you shouldn’t have to pay for 4K content.

It would be great if those who have already bought into the Apple ecosystem with an Apple TV got the benefit of a free Apple streaming service subscription.

While we don’t think this scenario is particularly likely, it wouldn’t be out of the realms of possibility if Apple included the streaming service within the Apple TV application that comes installed on every iOS and tvOS device.

Following Apple’s acquisition of Texture, we are expecting to hear about an Apple News Magazines’ on March 25. That service, previously dubbed ‘the Netflix of magazines,’ had bundled together magazines for one low monthly price.

If Apple could offer newspapers and magazines alongside its new streaming service included in the cost of subscription, it could prove a big problem for rival Netflix.

It would be impressive if Apple just offered all its services in one, like $20 (or £15 / AU$25) for everything including Apple Music, newspapers and magazines.

Best document editing apps The movement towards the paperless office continues, with countless digital formats, designs, and filing options.  While Microsoft Office remains the dominant player when it comes to…

Foldable devices are getting more and more buzz, and we might even see one this year. Notable tipster Evan Blass tweeted a video of what could be a Xiaomi tablet…

Is the Canon EOS Rebel SL3 about to update the company’s entry-level DSLR portfolio? If the rumors are true, that’s the next new camera we’ll be seeing from the Japanese…

With Huawei P30 deals now officially available to pre-order, the question on many people’s minds will be whether it’s worth ditching the big two – Apple and Samsung – and…

Apple had an unimaginably star-studded launch event for its Apple TV Plus Plus service, in which it not only revealed the details of its subscription and Apple TV Channels plans,…