In January, AT&T said it would launch a 5G wireless network in 2018. Tuesday, the company said it would meet that target—barely—by launching a 5G service in parts of 12 cities starting Friday. Even in those cities, though, few people will be able to use the service anytime soon.

5G is expected to one day deliver speeds around 200 times faster than today’s 4G wireless networks. For now, though, AT&T’s new network, dubbed 5G+, and a 5G home wireless network launched by Verizon in five cities in October, won’t be anywhere near that fast, and will only be available in limited areas.

Neither company will detail where service is or will be available in these cities. Even if you’re within a coverage area for AT&T’s 5G+, it could be some time before you’re actually able to use it.

No US smartphones can connect to 5G networks yet, so those hoping to use AT&T’s 5G+ service will need a specific WiFi hotspot, the Netgear Nighthawk 5G Mobile Hotspot, to connect. Like 3G and 4G hotspots, this gadget will act as a mobile WiFi router that you could then connect to your smartphone or laptop. But AT&T says it only has a limited supply of those devices, which it will offer to a few eligible customers; everyone else will have to wait until spring.

AT&T isn’t saying how fast the 5G+ network will be, but says its theoretical maximum speed is just shy of one gigabit per second. Verizon’s 5G Home network advertises a maximum speed of about the same. That would make the two services comparable to Google Fiber, if—and this is a big if—the networks could maintain the higher end of those speeds as more people use the services. But it’s far short of the 10 gigabit connections 5G could one day provide.

Today’s 4G technology can, in theory, provide one gigabit speeds. But 5G networks will be more up to the task, in part because they will be able to use the “millimeter wave” range of the wireless spectrum, where far more bandwidth is available. AT&T and Verizon both claim to use the millimeter wave spectrum for these new 5G networks.

AT&T offers another service it calls “5G Evolution” which it says will be available in 400 markets by the end of the year. But the wireless technologies AT&T says it uses for this service are actually parts of a 4G standard called LTE Advanced that is already used by T-Mobile, leading some critics to call it a “fake” 5G network.

The speeds AT&T advertisers for 5G Evolution are about half of what the company and Verizon both cite as the maximum speeds of the newer 5G services.

Visitors Welcome The Chinese city of Mang’ai is one of the most Mars-like places on Earth, featuring a similar climate and landscape to the Red Planet. That made it the perfect setting…

[ad_1] In July of 2017, as Raffi Krikorian settled into his new office at the Democratic National Committee, Hillary Clinton’s words were still ringing in his ears. Just a few… 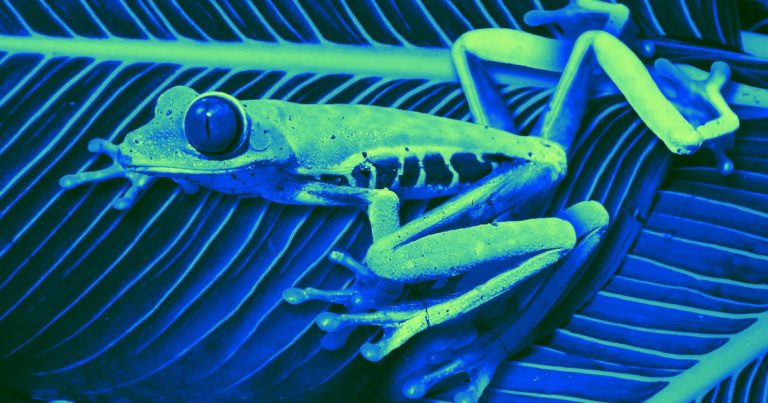 Live In Concert! New audio of Trump singing Eminem’s “Lose Yourself” was uploaded to YouTube on Wednesday. Thankfully, the unholy song is the work of a neural network — an AI…