A Linux gaming distro, as the name suggests, is tailored for avid gamers. As such it usually comes bundled with games to play, as well as drivers for graphics cards, games controllers and so forth.

There aren’t many Linux distros specifically made for gaming. This isn’t because Linux users dislike games, but rather it’s due to the fact that most modern Linux distros support virtually every type of recent graphics card anyway. As such, any regular Linux distro can easily be turned into a ‘game station’.

Despite this, some distros continue to churn out special gaming editions which provide hundreds of games right off the bat, and the means to install even more with additional software such as PlayOnLinux, Wine and Steam.

In this guide you will discover five of the very best Linux gaming distros. 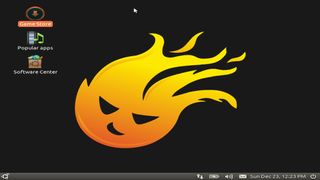 No longer being maintained

Game Drift Linux was first released in 2011. It created the first Linux ‘app store’, and more than 1,200 Windows games were made available via a deal with Codeweavers. This allowed the distro to include the Codeweaver CrossOver technology in its store.

The Games Store features both open source and commercial titles. Users can download and install popular games such as Savage 2, Second Life, and Amnesia, as well as older games like AssaultCube and Frets on Fire.

Game Drift Linux runs on most PCs. However, certain games may have additional system requirements. The distro recommends a minimum of a 1-2GHz processor, 1-2GB of system memory, 4GB of disk space and an AMD, Nvidia or Intel graphics solution suitable for gaming.

Bear in mind that there isn’t as much demand for a dedicated distro like Game Drift Linux due to the availability of PlayOnLinux and Stream, so the distro is no longer being maintained. 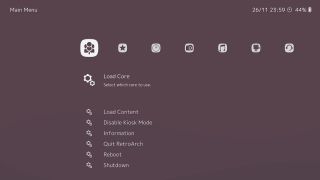 Allows you to emulate an impressive number of games consoles

Capable of emulating dozens of consoles

You must source games legally yourself

Lakka is a lightweight version of Linux which can turn your computer into a retro games console. It’s built on top of media centre software LibreELEC, and the most recent stable version 2.1 makes use of RetroArch 1.6.9 to emulate a huge number of consoles.

Lakka is available as a bootable USB image for PCs. There are also versions for ARM-based machines such as the Raspberry Pi.

This distro supports most keyboards as well as wireless PS3 and PS4 controllers, along with Xbox 360 controllers if you have the proprietary dongle. RetroArch boasts a very handy autoconfig feature which should mean that most controllers will work out of the box without you having to manually map keys. The Lakka documentation also has some excellent walkthroughs for more unusual setups.

For copyright reasons, the OS ships without any games preinstalled. You’ll need to obtain legal copies of either ISO images of game CDs you own or precompiled ROM files of arcade games. Check out the Internet Archive which contains some public domain ROMS. 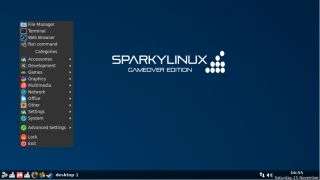 Relight your gaming fire on virtually any platform

Sparky Linux is a Debian-based distro. The latest SparkyLinux 5.5 GameOver edition is built on the testing version of Debian (Buster). It includes new features such as the awesome Lutris gaming platform and a custom tool for installing a web browser so you can play online games. The distro weighs in at an impressive 3.57GB.

Besides Lutris, GameOver Edition also includes a number of tools such as APTus Gamer which can download a variety of game emulators so you can relive old console favourites, although you may need to download these elsewhere. The OS also contains a number of free and open source games like Wesnoth and Robots.

The gaming applications Wine, Play on Linux and Steam are also pre-installed. These are particularly useful for running old DOS and Windows games on Linux, such as Sim City 2000. 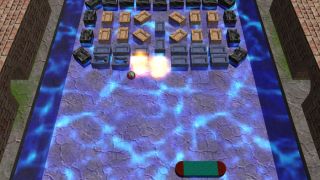 Brings hundreds of games to the popular OS

Based on Ubuntu LTS for stability

Ubuntu GamePack comes from Ukrainian developers UALinux. In addition to proprietary codecs and drivers, the distro provides two different systems for you to enjoy gaming on Linux – Steam and the Lutris Gaming Platform. With these you can access and install hundreds of games on your Ubuntu machine.

UALinux claims that its distro provides access to thousands of games and applications for Windows and DOS. The emulators DOSBox and DosEmu are preinstalled, as is the more fully-fledged Windows emulator Crossover.

Like Lakka, Ubuntu GamePack doesn’t come with any games, but as it includes both Wine and Play on Linux, you won’t have any trouble getting your existing games running. The distro also supports Adobe Flash and Java so you can play online games too. 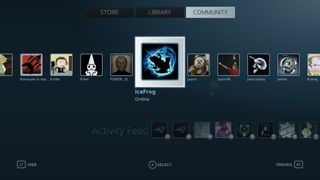 Get started with your very own Steam Machine

Setup of Steam Machine is for experienced users only

This Debian-based distro (recently updated to the latest Debian 8 release) has been specifically designed to run Valve’s Steam platform, and comes pre-installed on the firm’s Steam Machine games console.

SteamOS is probably the closest Linux distro to an actual games console. Technically, you could install additional software using the Debian Jessie repositories, but this operating system’s main emphasis is on gaming.

The install-only distro is available for 64-bit machines and works best with at least 4GB of RAM. It also needs around 200GB of free space on your hard drive and an Nvidia, AMD (Radeon 8500 and later) or Intel GPU. If you’re handy with computers, consider building your own Steam Machine.

SteamOS can only be used to play Steam games. Users can’t benefit from Play on Linux or Wine when running SteamOS. However, the unique in-home streaming feature lets you connect the machine running SteamOS to another computer on the network, allowing you to stream a game to that PC. Unlike most Linux distros, not all of SteamOS is open source software.

Could a new Xbox One controller be about to appear? It seems Microsoft had two patents granted in December 2018 for a number of enhancements to the hardware of its…

The best AT&T phones you can get right now cover the spectrum from high-end, premium handsets down to some more affordable options. We’ve reviewed all the best phones available right…

At its special March event, Apple announced Apple TV Plus, a new streaming service from the maker of the iPhone and iPad that, according to its CEO Tim Cook, “is…

On this page, you’ll find the essential tutorial support files to help you get the most from your copy of APC. To find the file you need, simply locate the…

Apple has released its newer model AirPods, which means Apple’s first generation AirPods are getting a rare discount. Walmart has the previous model AirPods on sale for $147. That’s a…