In 2019, the best PCs keep getting more and more advanced with processors that start with at least four-cores and graphics cards evolve to render realistic ray traced lighting. If you’re looking to stay current, you’ll need one of the best computers even if all you do is browse the internet. It’s all to easy for your PC to get slowed down by loading too many ads or ever increasingly high-res video.

Good news is buying a PC has never been cheaper. You can easily spend 500 bucks and get a capable PC or even an all-in-one desktop that comes with its own built in screen. PCs are easily upgradable, allowing you to keep the best PCs up to date with one of the best graphics cards, a bigger or faster best SSD and more of the best memory.

Still, shopping for the best PC isn’t quite as easy as it may sound. When we decided to put this list together, we had to acknowledge that the best PCs strike a balance between price and performance. So, after comprehensively testing, reviewing and ranking all the PCs on this list, we’ll help you find which PC is right for you. 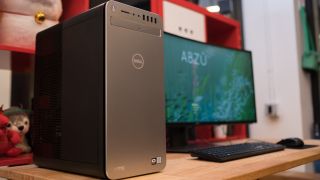 Don’t be fooled, this mainstream machine is a gaming PC at heart

For lack of a better word, the Dell XPS Tower Edition is stealthy. Looking quite similar to that old computer that your parents had hidden beneath the desk, this boring exterior belies an exciting array of components. Inside you’ll find your choice of the latest in GPU tech, in addition to a blazing-fast 7th generation Intel CPU and a spacious hard drive and/or SSD. Now, the Special Edition is only available in the US, but our readers in the UK and Australia will still be able to buy the regular Dell XPS Tower and beef it up to the same level through Dell’s configuration page. 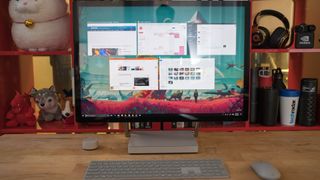 The art kid’s dream computer in a metallic nutshell

The best digital drawing board

Pricey proposition for most

The Microsoft Surface Studio is one of the most bougie PCs on the market. It shakes up the all-in-one formula of putting all the components behind the screen, and instead moves everything to the base. The resulting device has one of the thinnest 28-inch PixelSense displays that puts even most 4K screens to shame. What’s more, the fully articulating stand makes it an extremely flexible tool for work and play with Surface Pen support. All in all, the Surface Studio is an exceptional work of, and for, art. 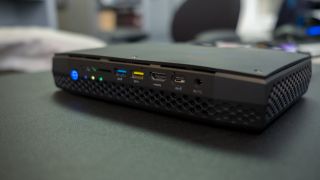 Don’t let its size fool you

If you’re looking for a great desktop experience, but don’t have a lot of space, look no further than the Intel Hades Canyon NUC. In this tiny bare-bones PC, you have an insanely powerful 8th-generation Intel Core i7 processor, and discrete-class Radeon graphics – once you throw in some RAM and storage, you’ll be able to conquer the best PC games without a care in the world. Sure, it can’t really stand up against a full-sized desktop, but when space is short, or you’d rather just have a PC that looks like a set-top box – it’s totally worth it. 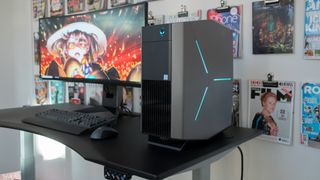 The Alienware Aurora R7 isn’t just a great gaming PC, but it’s one of the best PCs you can buy today. Not only does it feature fantastic performance with its 8th-generation Intel Core processor and GTX 10 series graphics, but this power is conveniently stored away in its compact chassis. It’s even surprisingly affordable, considering the power on offer, and it’s even easily upgradeable, despite its unique build. With the Aurora R7, Alienware continues its journey back to the top of the best PCs. 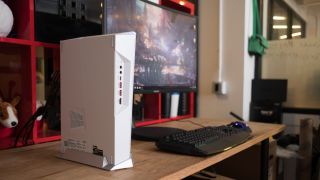 A slimline console-sized mini PC for your living room

Positioned as a “console killer,” the MSI Trident 3 looks a lot like an and , but it’s a far more powerful PC that feels just right in your living room. Complete with all the ports you could ever dream of, the MSI Trident 3’s advantages are clear. Still, in trying to be as thin and light as possible, the MSI Trident 3 comes equipped with a 330W external power supply brick, resembling some of the least attractive console designs. 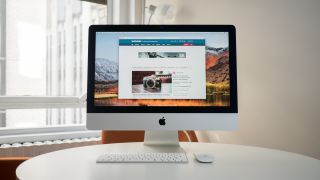 Apple has a reputation for crafting computers that are a bit overpriced for what they have on offer, but the Mac mini takes that reputation and throws it in the garbage. The 2018 Mac mini isn’t just an attractive small-form-factor PC, but it also has high end desktop parts built in, making it a great purchase for anyone that already has a slew of Mac-ready peripherals. Plus, opposed to Apple’s recent output, you can actually upgrade the memory – or you can just kit it out with 64GB at checkout. 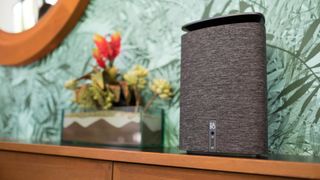 Though at first you might confuse it for a fabric-woven refresh, the HP Pavilion Wave is anything but. This compact Windows machine packs in 6th-generation Intel Core processors and optional discrete AMD graphics with a uniquely integrated Bang & Olufsen speaker. Wrapped in a handsome fabric exterior, this is the perfect PC to have on the desk, as it radiates crisp sound while you browse the web or watch movies. 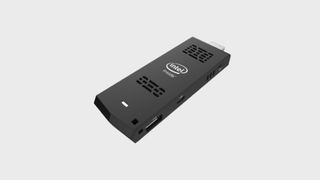 The tiny computer that can

It may look like a thumb drive at first glance, but the Intel Core Compute Stick has more than meets the eye. It’s actually a palm-sized PC that can plug into any screen with an HDMI input. It starts out with a lowly 1.33GHz Intel Atom cpu running Linux, but it is configurable up to an Intel Core m5 processor – which makes this one of the best PCs if you need to get some work done on the go, without having to haul around a laptop.

Gabe Carey has also contributed to this article

Linux is becoming an increasingly important operating system to be familiar with in business, not least because the majority of web servers run on various Linux platforms. Whether it’s RedHat,… 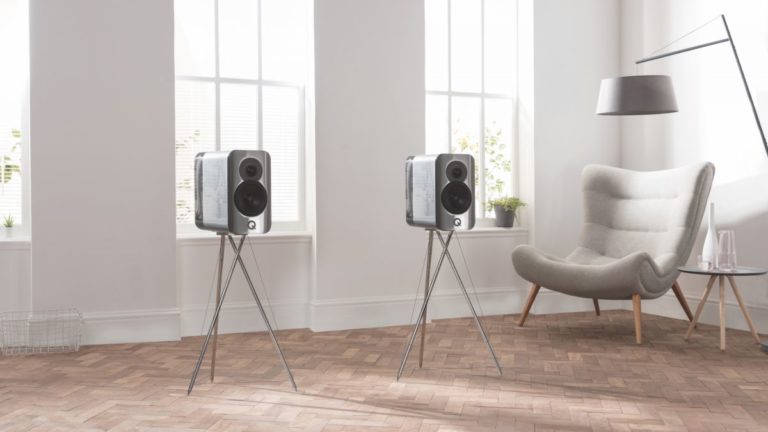 Those wonderful tunes coming out of your headphones or speakers? At their most basic level they’re just vibrations, soundwaves travelling from a drive unit to your ears.  The difference between… 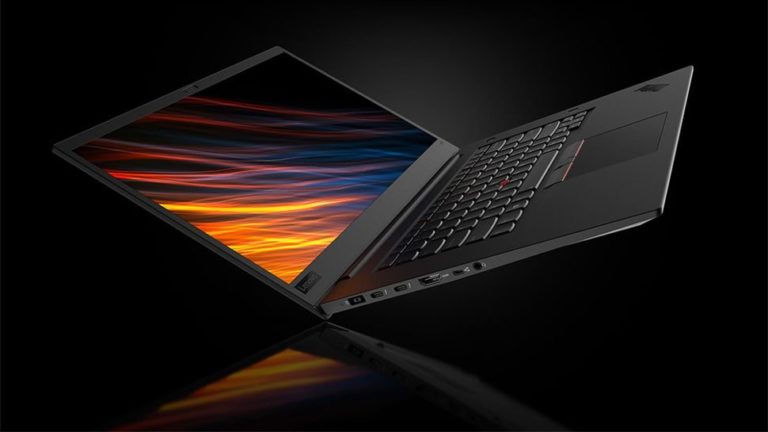 Lenovo may very well be the first out of the gate with a laptop using Qualcomm’s Snapdragon 8cx processor, the company teased during an MWC 2019 press conference. The company…