The Chinese internet is not like the internet in the rest of the world. More than 150 of the world’s 1,000 most popular internet sites are blocked in China, including Google, YouTube, Facebook, and Twitter. Instead, domestic platforms like Baidu, WeChat, and Sina Weibo thrive.

Internet freedom advocates have worried that the internet will fracture into multiple national “splinternets” since France banned Yahoo’s ecommerce users from selling Nazi paraphernalia in the country in 2000, whether due to state censorship or well-intentioned policies that alter the web experience. The Tor Project says at least a dozen countries, including Pakistan and Russia, censor the internet. Meanwhile, search results within the European Union can differ from those elsewhere due to its right to be forgotten law, and web publishers around the world are still grappling with the effect of the sweeping EU privacy regulations that took effect this year.

A series of laws passed in California this year raise a new possibility: that individual US states will splinter off into their own versions of the internet. In July, California passed a privacy law, similar to the European Union’s policies, that will give users more control about the data companies collect about them. Governor Jerry Brown followed by signing a net neutrality law in late September meant to replace federal rules banning broadband internet providers from blocking or otherwise discriminating against lawful content, as well as a law that requires bots to identify themselves if they promote sales or try to influence an election.

These are hardly the first attempts by a state to regulate online life. Illinois, for example, has a biometric privacy law that has been invoked to cover facial scanning software used by Facebook and Google. And states such as Washington have also passed net neutrality rules. But California’s size and the sweeping nature of its regulations, especially when taken together, set it apart from other states.

Milton Mueller, a professor at the Georgia Institute of Technology School of Public Policy and author of the book Will the Internet Fragment?, calls policies like California’s net neutrality law and Chinese censorship “alignments” rather than “fragmentation” for technical reasons. But he does think such policies can be dangerous. “We’re undermining what’s good about the internet, the ability to offer services anywhere, the permissionless innovation idea,” he says.

Mueller likes the idea of bots having to identify themselves, for example. The new law will require that anyone who automates all or “substantially all” posts to platforms with at least 10 million monthly US visitors to disclose that the account is run by a bot or bots, if the account is being used to promote products or services or to influence an election. But Mueller worries about the effects of implementing the policy at a state level. “It encourages this trend of breaking up the internet into different islands of jurisdiction that could be worse than the benefit that might be achieved by this,” he says.

Rather than splinter the internet, Mueller says California’s laws could over time become national, or worldwide, standards, depending on how publishers apply them. He points to the way a dozen other states have adopted California emission standards for new cars. Some companies, including Microsoft, have opted to follow European data privacy laws worldwide and offer a privacy dashboard that enables users to delete or download the data the company has collected from them.

Others note that California’s rules aren’t radical departures from how the internet already works. “I think that California, like Brussels, certainly might set the bar for compliance on several important tech issues,” says Woodrow Hartzog, a professor of law and computer science at Northeastern University. “But this might not lead to balkanization in the way we’re seeing in China and Russia.”

For example, the privacy rules passed in California are similar to those passed by the European Union. In that sense, rather than fragmenting the internet, California would be bringing the state or possibly the country into harmony with other countries.

It’s also possible that California’s laws won’t stick. The Department of Justice has already sued California over its net neutrality law, arguing that only the federal government has the authority to regulate interstate communications networks, while Congress considers multiple proposals to regulate net neutrality at the federal level. California agreed to pause the law while lawsuits play out over federal regulators’ decision to dismantle net neutrality rules. Meanwhile, the tech industry is lobbying Congress to pass a less stringent national data privacy law that would override California’s law.

“I think the more likely outcome in our system is national legislation as lawmakers heed industry complaints over facing a ‘patchwork’ of laws,” says Ryan Calo, a law professor at the University of Washington specializing in privacy and cyber law. “A lot of folks see privacy legislation as nigh inevitable.”

But with Washington’s gridlock, nothing is inevitable.

Growing Pains Northern California’s Camp Fire was the deadliest to hit the U.S. in the past century, and while we can never replace the human lives lost, we do have…

Moo Juice While humans wait for the age of 5G to take shape, the next generation of wireless connectivity is already changing the lives of 50 British cows. A dairy farm… 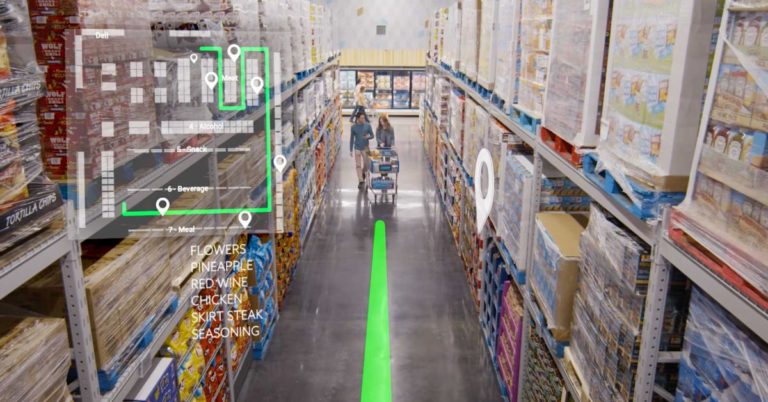 Self-Checkout Amazon’s “Amazon Go” stores allow customers to walk in, pick up a can of Campbell’s soup, and simply walk out while cameras track their purchases. Now Walmart has puts own…

Antibiotic Bust The world faces a potential antibiotic crisis. A lack of new antibiotic drugs combined with increasing amounts of antibiotic resistant bacteria is setting the stage for a potential…