TechRadar editors spend their days reviewing the best and the worst tech products on the market, so they usually know which ones consumers will actually like. But while you can trust their judgment on which companies make the most reliable laptops or phones, sometimes it’s safer to try them out for yourself first before buying anything.

And PAX East, where the top tech companies gather to show off and sell their newest and best gaming laptops and PCs, is a great place to do just that.

If you have a ticket to PAX East 2019 anytime from March 28 through 31, we highly recommend you check out Booth #16001, where Republic of Gamers will be showing off its latest innovative gaming tech and deals!! You’ll see with your own eyes why TechRadar editors so frequently give ROG products positive reviews. 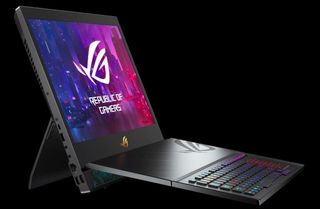 If you’re attending make sure to check out the ROG Mothership (GZ700) made to redefine how you play! Mothership is a desktop replacement that packs a portable Windows 10 Pro powerhouse with an innovative standing design that enhances cooling for its factory overclocked GeForce RTX™ 2080 GPU and 8th Gen Intel® Core™ i9 CPU. It’s state of the art detachable keyboard and smooth visuals on its NVIDIA G-SYNC™ display with a 144Hz refresh rate and 3ms response time makes it a truly revolutionary gaming machine! We won’t be surprised if the future of gaming looks more like this from ROG!

If you need your gaming laptop fix now, try the ROG Zephyrus S GX701—TechRadar’s “Best in Class” for all gaming laptops—next. It’s the thinnest laptop with a 17-inch surface on the market, and those 17.3 inches of 1080p display comes with a 144Hz refresh rate, NVIDIA G-Sync to reduce tearing and lag, and a Pantone Validated 100% sRGB color gamut.

That total color range will come in handy for content creators who want their laptop to work for more than just gaming. ROG designed the GX701 to switch between the Nvidia GeForce RTX 2080 Max-Q GPU and integrated Intel UHD 630 GPU, depending on whether you need high-quality gaming or longer battery life when you’re not plugged in during meetings.

Over 40 gaming laptops use GeForce RTX 20 series graphics—they’re an industry favorite—so why pick the GX701? Because the GX701 lets you clock your 2080 Max-Q up to 1330 MHz at 100W, an incredible amount of power for such a slim machine. Enough power to hit between 70 and 160 FPS during TechRadar’s benchmark tests of the machine. 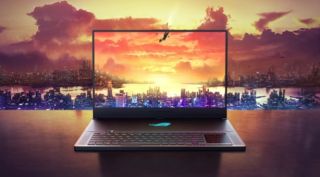 Republic of Gamers will also show off the ROG Strix Scar II GL704 at PAX. The 15- or 17-inch laptop also comes with an Intel Core i7, and actually beats the above models with a 144Hz refresh rate. With up to an Nvidia GeForce RTX 2070 GPU, you’ll have the juice to run your favorite FPS on high settings without dropping any frames.

Of course, if you’re the kind of gamer that doesn’t trust a gaming rig to perform unless you’ve built it yourself. On TechRadar’s Best 2019 Motherboards list, you’ll find three separate ROG motherboards for both Intel and AMD.

Beyond those, you’ll find the trailblazing ROG Ryujin cooler, one of the first all-in-one CPU coolers to place a fan directly above the liquid pump to keep the VRM running cold; or the ROG Thor PSU, the perfect power source if you plan on overclocking your rig or integrating multiple GPU cards.

ROG will also bring back the ROG Gaming Phone for PAX EAST! It’s a great option for gamers who think that mobile games are anything but “casual”, with a 90Hz AMOLED screen, Touch-sensitive AirTriggers for pinpoint controls, and recording and streaming options for your Twitch and YouTube subscribers. The ROG Phone will be one of the larger deals at PAX EAST, buy it there for $1099 and get a free Gamevice controller and a free ROG Phone case! 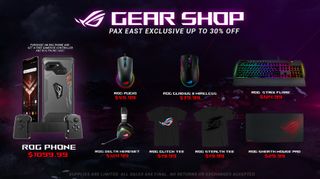 If that all sounds a bit too hardcore for you, they’ll also have discounts on ROG gaming mice, mousepads and headsets, along with other gaming peripherals and exclusive apparel.

Whatever you’re looking for, if you came to PAX to see the future of gaming technology, the #16001 ROG Booth is a great place to start.

Starting today, when you ask Alexa on your Amazon Echo speaker “what’s the latest?”, you may notice its voice sounds different – or more natural – than before. This is… 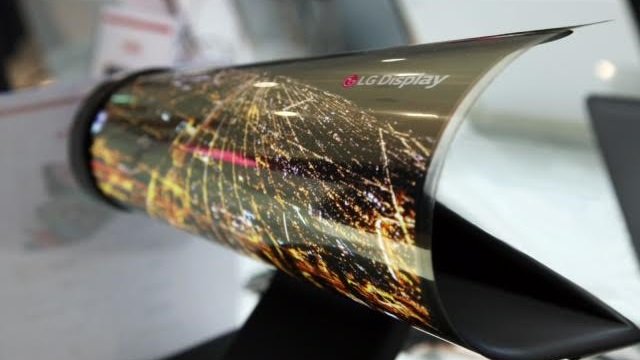 It seems as though foldable phones could be like buses: you wait a decade for one and then three (or more) come almost at once. As while Samsung could unveil…

Our existence as a species is, in all likelihood, limited.  Whether the downfall of the human race begins as a result of a devastating asteroid impact, a natural pandemic, or…