We already knew China kept a close eye on its population, monitoring everything from their spending habits to their social interactions.

Now we know someone in the nation is also tracking which female citizens are “breedready,” a term apparently used to signal that a woman is likely able to have children — and the disturbing data is not being protected the way it should be.

Victor Gevers is an internet expert for the GDI Foundation, a non-profit focused on defending internet freedom. On Saturday, he tweeted a series of screenshots of a creepy list he discovered while looking at open Chinese databases.

The list includes personal details of more than 1.8 million Chinese women, including each woman’s address, phone number, birthday, level of education, and marital status. It also includes a “breedready” category, which some speculate speculated is meant to signify whether a woman is likely to be able to have children (signified by a “1”) or not (signified by a “0”).

Needless to say, the discovery is alarming on many levels.

That someone is categorizing women by their potential to bear children in the first place is troubling on its own. Then there’s the fact that no one seems to know who created the database.

Some posit that it might belong to a dating app or some other type of company, but China’s leaders were recently warned by experts that the nation is on the brink of a “precipitous” population decline that could destroy its economy.

Perhaps the government created the database as part of some effort to address that population problem — users of the Chinese discussion forum Douban even titled a thread about the discovery “Is this the prologue to The Handmaid’s Tale?,” a reference to the dystopian sci-fi novel in which fertile women are forced by the government to bear children to address a global fertility problem.

As if that’s not all troubling enough, there’s the disturbing fact that this information wasn’t even protected. Anyone could access the database at the time of its discovery by Gevers, though he did tweet on Monday that the database was no longer reachable.

Still, it’s impossible to know who might have accessed this private information about 1.8 million women before the database was secured — or what the people who created it in the first place plan to do with the information.

Jellyfish Invasion Jellyfish have been around for a half billion years. Now, pollution and climate change are allowing them to take over and choke the oceans. That’s according to Juli Berwald,…

[ad_1] Google is pouring an additional $3.1 million into Wikipedia, bringing its total contribution to the free encyclopedia over the past decade to more than $7.5 million, the company announced…

Under Where? Want to wear the same pair of underwear for weeks at a time? Go right ahead. A Danish startup called Organic Basics claims its underwear remain fresh through weeks…

Incoming Disruption As Google’s new advisory council for artificial intelligence development prepares to convene for the first time, one member has a dire warning. “AI is the single most disruptive… 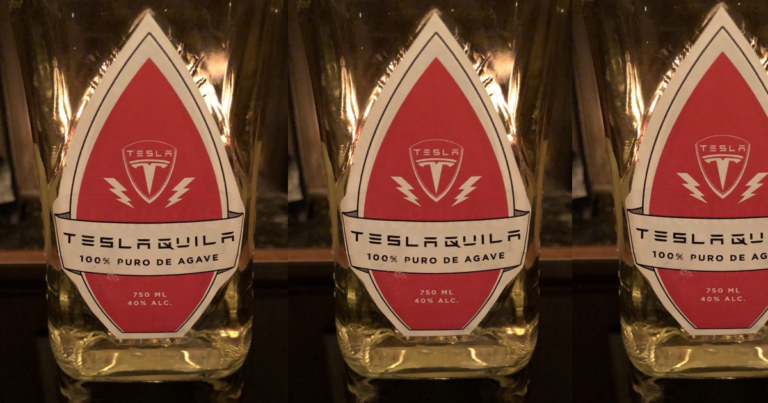 Drink and Drive Tesla is getting into the alcohol business. On Monday, Elon Musk’s electric car company filed a trademark application for an agave liquor it’s calling “Teslaquila.” Musk seemed to confirm that a…