Nearly two years after Elon Musk first claimed his Boring Company had permission to build an East Coast hyperloop, the project is finally starting to come to fruition.

On Wednesday, the U.S. Department of Transportation (DOT) shared a draft environmental assessment for the Washington D.C. to Baltimore Loop Project, a scaled-down version of Musk’s initial vision. This marks the first step in a joint federal-state review of the project — and it brings a new kind of transportation system incrementally closer to reality.

The Loop project differs from the hyperloop system Musk initially envisioned. For one thing, it’s technically not a hyperloop at all.

The route is also considerably shorter, connecting just D.C. and Baltimore and not New York City and Philadelphia.

Still, the Boring Company hasn’t given up on the idea of an East Coast hyperloop altogether.

It has already announced plans to design the Loop project tunnels to be compatible with hyperloop technology so they could possibly be upgraded — and extended to other cities — in the future.

More on the hyperloop: Elon Musk Reveals that “Verbal Permission” for the Hyperloop Was Given From Federal Official

[ad_1] Microsoft’s programming language TypeScript has become one of the most popular languages among developers, at least according to a report published by the analyst firm RedMonk this week. TypeScript…

[ad_1] If a local tech industry critic has his way, San Francisco could become the first US city to ban its agencies from using facial recognition technology. Aaron Peskin, a…

Digital Turncoat Last month, developers from OpenAI announced that they had built a text generating algorithm called GPT-2 that they said was too dangerous to release into the world, since it…

Manure Mover A new transportation option is about to hit roads in Pakistan: buses powered by cow manure. According to a Reuters report published on Wednesday, the city of Karachi…

No More Finger Pricking Near constant finger pricking or expensive glucose monitoring systems are an unfortunate reality for many people who live with diabetes. A team of researchers from Washington… 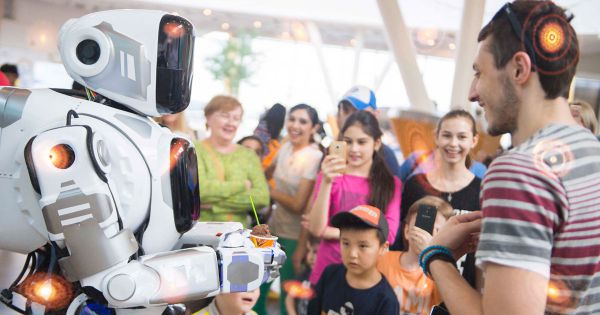 Robotnik Not all is what it seems on Russian TV. Government-owned TV station Russia-24 showed off a humanoid robot called “Robot Boris” on stage at a youth forum about the…