The Honor 20 (previously rumored as the Honor 11) is the next flagship phone with a more mid-range price tag expected to come out of the Chinese firm.

However, with the recent launch of the Honor View 20 in December 2018, we could still be a few months off a Honor 20 release date.

With the announcement of the View 20, it makes sense to move away from the Honor 11 name, as the firm has a history of synchronized naming, so the Honor 20 is far more likely to be the official moniker.

Nothing much is known about the Honor 20 so far, but we can take some educated guesses about when we might see it and what it might feature.

You’ll find those below, along with a list of the things we most want from the Honor 20, to make it even more impressive than the Honor 10 it’s set to replace.

There aren’t any Honor 20 release date rumors so far and that’s no surprise, as we the firm has only just launched the Honor View 20.

That does follow the pattern of the previous generations of Honor flagships though, as the Honor View 10 launched in December 2017, with the Honor 10 following in May 2018.

It means that the most likely Honor 20 release date at the moment would be May 2019, assuming the firm keeps with its current release cycle.

Don’t count on being able to buy it in the US or Australia though, as many Honor phones don’t hit those countries.

There aren’t any Honor 11/Honor 20 rumors yet, but some things seem likely. For example, the Honor 20 will probably use the Kirin 980 chipset, as that’s the one used in the recently released View 20.

It’s also possible – though less likely – that the Honor 20 will have an in-screen fingerprint scanner, given that the Honor 10 already has an under-glass one and the Porsche Design Huawei Mate RS (which is made by the same parent company) has an in-screen scanner.

Though such a feature may be reserved for the pricier Huawei P30 if it happens at all.

While we’re waiting for Honor 20 rumors, here’s a list of the seven things we most want from it.

The Honor 10 has a lot of high-end features, but one that it lacks is water resistance. Coupled with its largely glass build that makes it feel like a very vulnerable phone, and while we don’t necessarily want to see too many design changes we would like to at least be able to get it wet.

So hopefully the Honor 11/Honor 20 will offer some amount of water resistance. We’d like to see at least IP67 certification (which is what the likes of the iPhone X has and means it can be submerged up to 1 meter deep for up to 30 minutes) but the more the better.

The Honor 10’s battery life is reasonable, but nothing special, lasting around a day but not much more, as seems to be standard with phones.

For the Honor 20 we’d like to see that improved. If it could stretch to two days of life that would make all the difference, meaning you’d be fine if you forget to plug it in overnight and even making it more viable to take camping and to other off-grid activities.

3. The same stylish back in more colors

We’re big fans of the Honor 10’s bold, reflective back that in some shades can even morph color, but there aren’t enough shades available, and not all options are available in all regions.

Given how eye-catching the look is, we’d like more opportunity to tailor it to our tastes, so for the Honor 20 we want more than just a few color choices.

The Honor 10 has a fairly capable dual-lens camera, but it can take a surprisingly long time to start up. Snapping is speedy enough once it does, but the time taken to actually get into the app can mean missing a fleeting photo opportunity, so we want to see that fixed for the Honor 20.

There’s enough power in the Honor 10 that the delay shouldn’t be necessary as it is, so perhaps a software update could fix it on the existing hardware, but either way we’ll be really unimpressed if it manifests itself again on 2019’s phone.

The Honor 10 supports fast charging but one thing it lacks is wireless charging, so we’d like to see that remedied for the Honor 20.

Its absence is perhaps a cost-cutting measure, and arguably a worthwhile one since the Honor 10 gives you an awful lot of phone for the money, but hopefully the company can find a way to include wireless charging on the next model without pushing the price up.

There’s lots of storage in the Honor 10 and that’s a good thing too as there’s no microSD card slot.

But while the up to 128GB of storage found in the Honor 10 should be enough for most people it won’t be enough for everyone, so we’d like a microSD card slot coupled with at least that much storage in the Honor 20, to keep everyone happy.

While the Honor 10’s camera is fairly good it’s not a match for the snappers on the Huawei P20 and Huawei P20 Pro, especially when it comes to low light shots, so we’d like to see the Honor 20 borrow from them and perform better when the sun starts to set.

Electric car startup Byton is back. After unveiling its M-Byte Concept vehicle back at CES in 2018, it’s returned to Las Vegas, Nevada for CES 2019 with news that the… 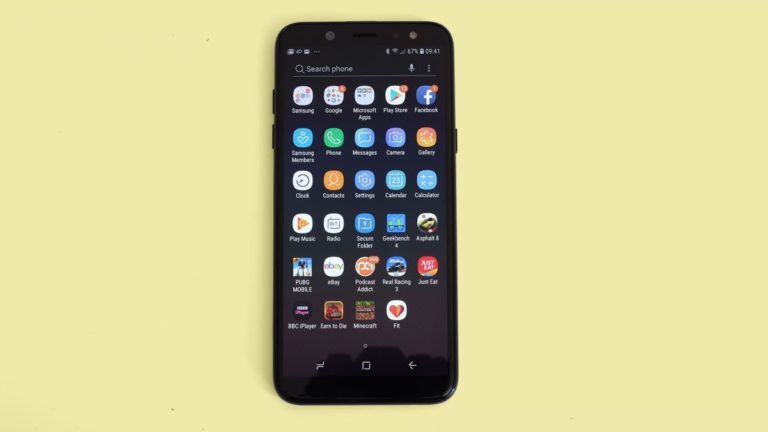 Finding the very best smartphone under Rs 15,000 in a crowded market is difficult. The market was initially dominated by the Chinese tech giant Xiaomi, but 2018 has turned the…