Watch out Josh Warrington – Carl Frampton is gunning for your IBF World Featherweight title to make it his own. We’re all prepared for a barnstorming fight in Manchester that could leave Frampton with an early Christmas present, but it won’t be an easy win. And, with our help, you can watch a Warrington vs Frampton live stream from absolutely anywhere in the world.

Frampton vs Warrington – when and where

What date is it? The fight is set for tonight – Saturday, December 22

Where is it? The Manchester Arena, UK will house all the action.

Warrington was Leeds’ first ever world champion and the undefeated 27-year-old has a record of 27-0 and 6 KOs making him a tough contender to beat in the featherweight division. But after getting his title in a surprise win over Lee Selby in May, this is his first opportunity to prove he’s a worthy champ.

Northern Ireland’s Carl Frampton is a former two-weight world champion who has also got a 27 fight record, with only one loss and 15 KOs.

Warrington has said: “I’m a world champion, I believe I’m the best, I want to prove I’m the best. I’m one fight away really from putting myself as a world name in boxing. Beating Carl puts me up there.” Get ready for war!

If you’re not able to access a Frampton vs Warrington live stream by traditional means where you are, you could use a VPN to stream the fight live so that you don’t have to rely on some dodgy Reddit stream. We’ve got more about that down below, together with your viewing options in several countries – you can even do so for FREE in certain countries.

Live stream Frampton vs Warrington from anywhere with a VPN

Live stream Frampton vs Warrington with a VPN
Below we’ve listed all of the best places to live stream the Frampton vs Warrington fight online. If there is no official broadcast option in your country, you’ll need to use a VPN to dial in to a country that does have one. A VPN is perfect for this as it allows you to change your IP address so you appear to be in a completely different location. We’ve tested hundreds of VPNs and can recommend these as the best three VPNs currently available:

1. Express VPN (comes with a 30 day money back guarantee)
This is the #1 rated best VPN in the world right now. You can watch on many devices at once including Smart TVs, Fire TV Stick, PC, Mac, iPhone, Android phone, iPads, tablets etc. Check out Express VPN and get 3 months free on an annual plan

And don’t forget that a VPN isn’t just for boxing…there’s loads you can do with them. From unblocking restricted sites and watching Netflix in other countries to adding an extra layer of security for online shopping and banking.

How watch the Warrington vs Frampton fight in the UK

How to watch Frampton vs Warrington: live stream in the US

ESPN has the rights to this particular dust-up meaning you’ll need to be a paying subscriber to enjoy all the action. Good news is this will be streamed online via ESPN which makes it nice and easy to access.

Cord cutter without access to ESPN through traditional means? Not to worry…you can sign up to ESPN+ instead. For $4.99 per month you get access to all of ESPN’s coverage of boxing, baseball, basketball, tennis, UFC, rugby and more. And the best bit…there’s a FREE trial, which means you can watch stream Warrington vs Frampton live without paying a penny. Click here to sign get the free trial.

How to watch Frampton vs Warrington: Australia stream

Since the fight doesn’t appear to be getting aired in Australia your best bet is to use a VPN. This will allow you to appear like you’re in a different territory where you’ll be able to watch that country’s stream as if you were actually there.

It really does feel like the end of an era as we watch the counter on remaining iPhone SE deals slowly tick down. Released three years ago now, the iPhone… 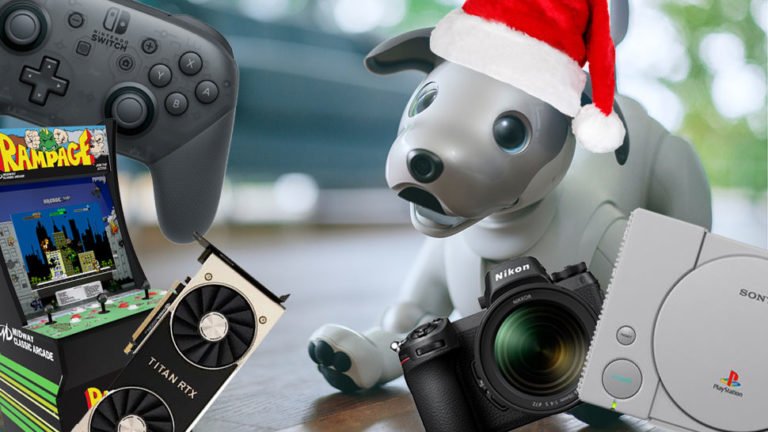 Day After Christmas Sales for 2018 are here to help you buy what you didn’t get as a present for Christmas, and US retailers like Walmart, Amazon and Macy’s are…

UK Mobile Virtual Network Operator (MVNO) Lycamobile has been ordered to refund customers who were overcharged for roaming within the EU after new rules came into effect in June 2017….