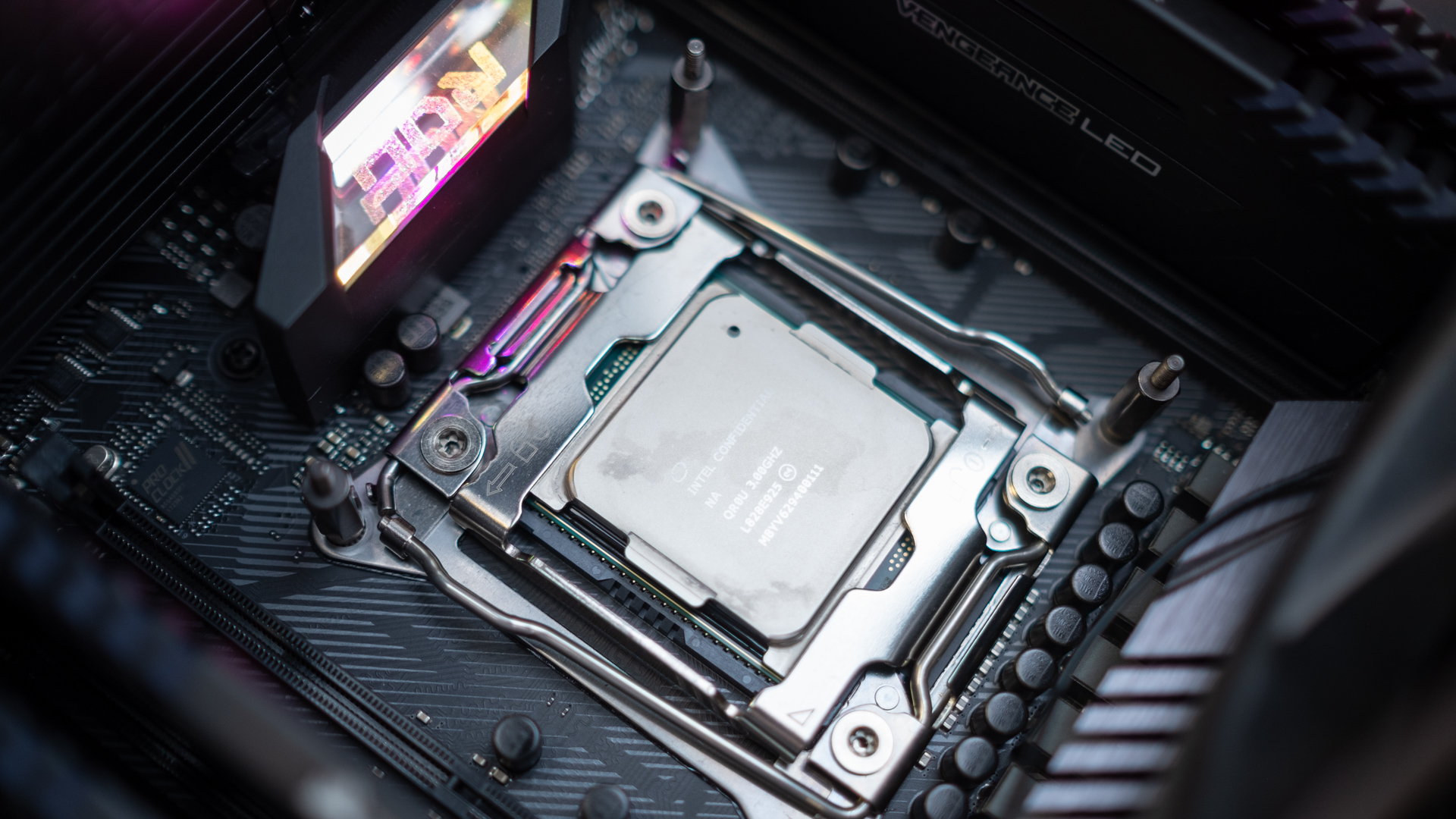 Intel is readying a new HEDT (high-end desktop) Core X processor which bristles with 14-cores and runs at up to 5GHz with Turbo, at least according to the CPU grapevine.

The Core i9-9990XE will supposedly have a beefy base clock of 4GHz out of the box, and will be capable of boosting to 5GHz as mentioned. It will run with 14-cores and 28-threads, and will reportedly have a TDP of 255W.

The processor is inbound from Intel according to multiple sources who spoke to Anandtech, and they believe this chip will only be available to system makers, and even then via auction, as opposed to just being able to order one straight off the bat.

The 9990XE’s clock speeds are considerably faster than the current top-of-the-range Core i9-9980XE (pictured above) which runs at 3GHz out of the box with Turbo to 4.5GHz. Although it would have less cores than the current flagship, as the 9980XE offers 18-cores.

The TDP is also considerably higher than all the other models in the Core X range, which are 165W processors.

There’s no speculated price point for this particular CPU, because it isn’t a chip you will just be able to buy. It will only be available to selected OEMs who will have to bid for the privilege in auctions held every three months.

The current flagship Core i9-9980XE retails at an eye-watering $1,979 (around £1,540, AU$2,750), and in our review we praised the CPU for its class-leading performance, providing you have the money to spend. However, bear in mind that there are more (relatively speaking) wallet-friendly high-end processors available which aren’t far off the performance of the 9980XE.

Assuming this rumor comes good, it’ll certainly be interesting to see what sort of performance a heavyweight Core X processor can provide when pushed up to these sort of clock speeds out of the box (and potentially overclocked further, of course).

Google Assistant getting smarter in 2019, and we got a chance to demo its new powers at CES 2019, including the ability to translate to a foreign language between two…

It’s been nearly three years since Death Stranding was announced at E3 2016 and we still know very little about the mysterious upcoming title from Kojima Productions. However, a panel…