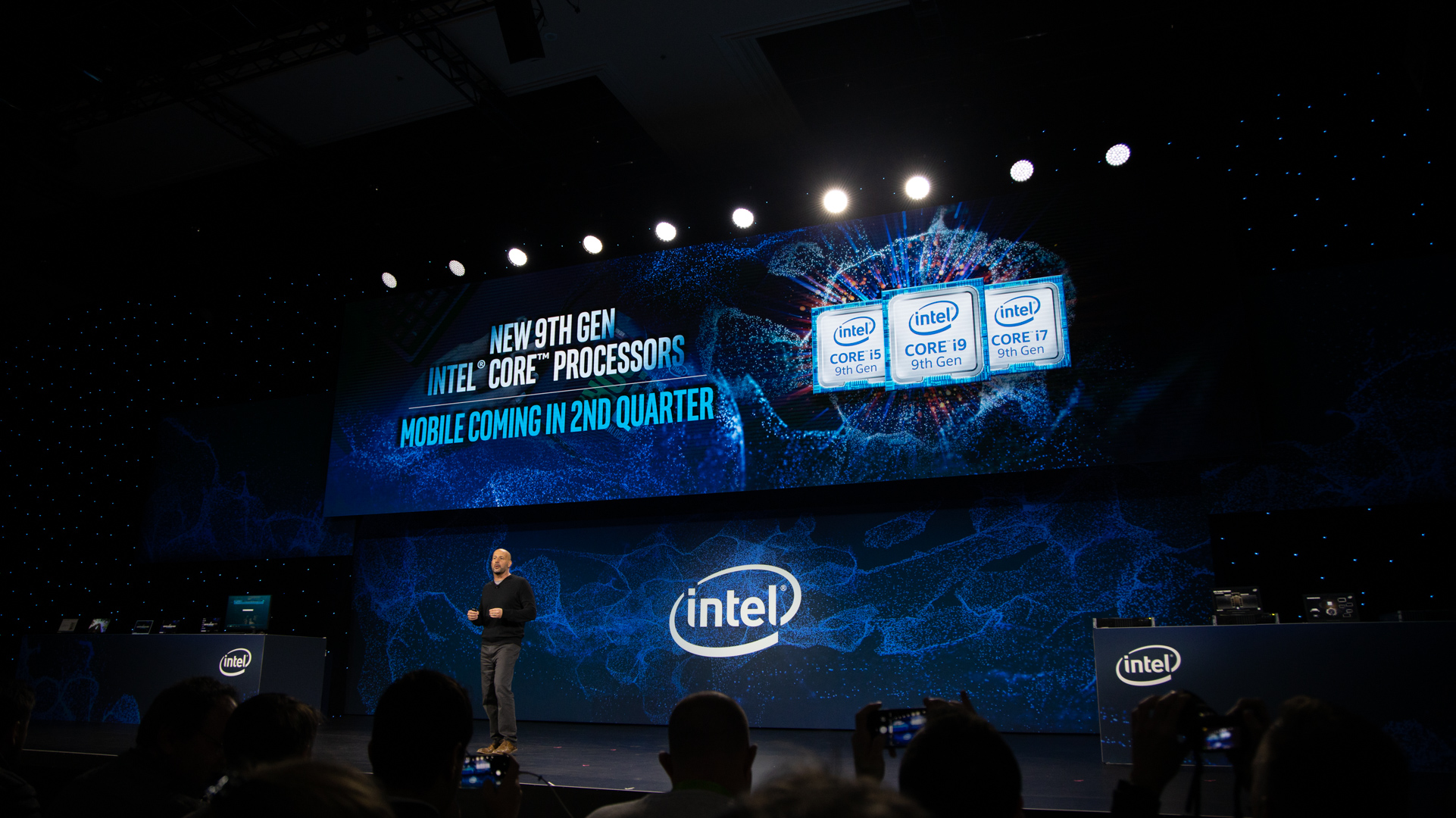 With the launch of AMD’s hotly-anticipated Ryzen 3rd Generation processors just around the corner – the new CPUs are expected to be officially unveiled this Wednesday, January 9 at AMD’s CES 2019 conference – Intel has today used its CES event to finally announce it’s adding six more 9th-gen Core processors, ranging from Core i3 to Core i9, set to release soon.

The new processors join the company’s three existing ‘flagship’ 9th-generation desktop chips, which launched in October last year – the Core i5-9600K, i7-9700K and i9-9900K – as well as the 9th-generation X-series for HEDT systems.

Intel’s didn’t officially announce full details of these new processors, but we’ve been able to dig up information on all six of them by searching for these model names in Intel’s ARK product database:

What’s perhaps most intriguing about them is that five of the six new chips appear to be part of a brand new F-series of processors, which have removed the integrated graphics – likely in an attempt to reduce the cost.

Somewhat surprisingly, Intel didn’t expressly mention the F-series or these new GPU-less processors at its press conference. It seems the new line-up is likely aimed at tackling AMD’s Ryzen family of processors, which largely offer better bang for buck than their Intel equivalents.

With many mid-range and higher-end PCs still coming equipped with a dedicated graphics card, Intel’s integrated chips often go to waste, so offering a range of cheaper, GPU-less processors may help Intel win back some of the value-oriented market segment that it’s recently been losing to AMD.

We’ve asked Intel for confirmation of these details and for a comment on the F-series, and will update this story with further information as it comes to hand.

Fledgling regulation has yet to really make itself felt in the Internet of Things (IoT). We’ve seen the Code of Practice for consumer IoT security issued by the Dept for…

We’ve heard plenty of rumors that Nvidia plans to announce a new GTX 11-series of graphics cards, but this is the first time we’re hearing about GeForce GTX 1660 Ti….

Pimax’s ‘8K’ headset seemed too good to be true, but after some delays post-successful Kickstarter, the company is ready to start shipping next month, the company told us at CES…

If you work in a busy office environment where there’s a lot of background noise, but you need to make and receive important calls throughout the day, then our list…

O2 is already feeling the benefits of its custom price plans as an increase in handset revenue and 120,000 new contract customers contributed to a 7.9 per cent increase in…