Some people want a tablet as a cheap laptop-lite, but others are looking for a processing powerhouse with an impressive display and other cutting-edge features, and both Apple and Samsung have this corner of the market covered with the iPad Pro 12.9 (2018) and the Samsung Galaxy Tab S4, two top-end tablets.

Both companies have designed devices that could easily trump many laptops in terms of specs and design, but they also sit at the top of the food chain in terms of price, and you’ll have a hard time spending more on a slate than you can on these two tablets.

But which premium tablet is the best you can buy right now, the Android or iOS powerhouse? We put the two head-to-head to figure it out.

The iPad Pro 12.9 has a significantly bigger display than the Samsung Galaxy Tab S4, which at 10.5 inches is closer in size to the aging iPad Pro 10.5.

The iPad Pro 12.9 has an LCD display with Apple’s ‘Liquid Retina’ LCD tech, which is nearly as sharp and colorful as a typical OLED display, and colors shown on it were bright and clear, although black wasn’t exactly as dark as it would be on an OLED screen.

The Samsung Galaxy Tab S4 has an AMOLED display, which displays colors just that little bit better, and has a higher max brightness as well.

With a bigger screen comes a bigger body, and fittingly the iPad Pro 12.9 is a much bigger tablet than the Samsung Galaxy Tab S4.

In terms of overall appearance, though, the iPad Pro 12.9 (2018) and Galaxy Tab S4 are probably the most similar an iOS and Android tablet have looked – they both have button-less fronts with screens that go nearly to the edge, and they both have rears that are rather clean save for a camera (the Galaxy Tab S4 has one that’s central, whereas the iPad Pro’s is in a corner).

One difference that may make a difference to some is regarding headphone ports – the iPad Pro 12.9 (2018) doesn’t have one and you’d have to use an adaptor with its USB-C port if you want to use wired headphones, whereas the Galaxy Tab S4 comes with a 3.5mm headphone jack alongside its USB-C connector.

Both the iPad Pro 12.9 and Samsung Galaxy Tab S4 have a pen and keyboard peripheral to change how you use the tablet.

You can get the S Pen, the Galaxy Tab S4’s stylus, included with the tablet, however the Apple Pencil for the iPad Pro costs $129 / £119 / AU$199. We found the S Pen great for purpose – unlike the Apple Pencil it doesn’t require charging, has a holster on the keyboard, and has a protrusion on the side so it doesn’t roll away, so it’s probably the better tablet stylus.

The iPad Pro 12.9 has a 9,720mAh battery while the Samsung Galaxy Tab S4’s power pack is only 7,300mAh – on the surface it would seem that the former would last far longer, but that’s not necessarily the truth.

The iPad Pro 12.9 (2018) didn’t feel optimized for everyday use, and it lost charge rather quickly for its battery size, whereas the Galaxy Tab S4 seemed to last a lot longer in our experience.

When we put them both through our battery test, in which we play a 90-minute video at full brightness with Wi-Fi on and accounts syncing in the background, the iPad Pro lost 22% charge while the Galaxy Tab S4 only dropped 12% – that shows the latter is optimized a lot better for media use, and can play games or stream content for longer.

Charging was quicker on the iPad Pro though, as it took two and a half hours to charge to full instead of three and a quarter. Neither supports wireless charging, which is a shame because of how convenient the feature is, but also understandable given the confusing logistics of balancing a tablet on a wireless charger.

The biggest difference between the two tablets is that the Samsung Galaxy Tab S4 runs the Android 9 operating system whereas the iPad Pro 12.9 runs on Apple’s iOS 12 – both have fans and people who dislike them, but ultimately they run rather similarly.

In terms of specs, the iPad Pro 12.9 (2018) knocks its competitor out of the water. While the Galaxy Tab S4 runs on a mid-to-high range Snapdragon 835 chipset, and has 4GB of RAM, the iPad Pro has the superior A12X Bionic processor with 4GB of RAM (unless you get the 1TB version with 6GB). This extra processing power gets you a faster framerate in games, quicker video rendering, and a whole other range of features.

Other than that, the tablets run in pretty similar ways – both support face recognition to unlock, both can support split-screen modes so you can run multiple apps at the same time, and both are just as useful as media players as they are work tools.

The biggest thing to decide if you’re split between an iPad Pro 12.9 (2018) or a Samsung Galaxy Tab S4 is the price – the cheapest iPad Pro model costs quite a bit more than the Galaxy Tab S4, and the most expensive model costs a lot more.

Whether the extra price will provide extra value depends on what you’re looking for in a tablet – the extra screen space, better specs and access to iOS (which, if we’re being honest, is a little better suited to tablets) is a blessing, but if you just want a ‘big phone’ you don’t need to shell out that much.

If you’re hoping to race towards the best possible SIM only deal around at the moment, then it’s time to start your engines. Beyond the chequered flag is Three’s incredible…

The Huawei P30 has been announced, and it’s the latest attempt by Huawei to take the Western smartphone market by storm – but is it good enough to take on…

Computing arguably took center stage at CES 2019, outshining even the introduction of 8K televisions. A large reason for this boom in the computing world was all the new silicon… 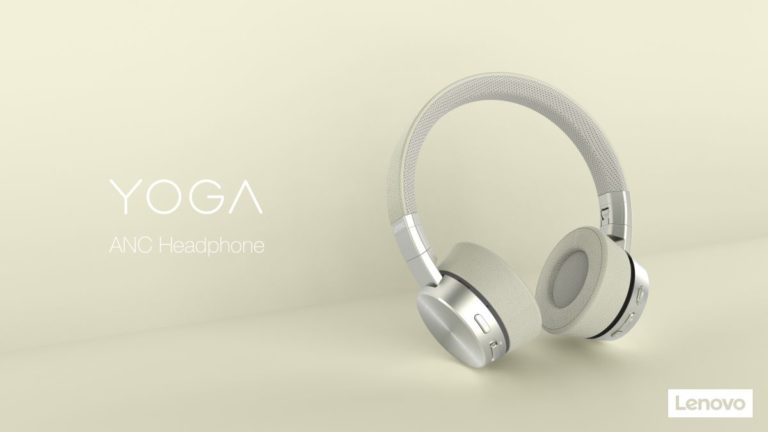 This year, Lenovo will release two new noise-cancelling headphones that will carry its Yoga moniker into the audio realm. The new headphones — the Lenovo ThinkPad X1 ANC and Lenovo…

The upcoming Samsung Galaxy S10 range could be the phones setting the pace in the mobile gaming space in 2019, if a new trademark application is anything to go by….