By 2020, a fleet of robots may work aboard the International Space Station, handling menial or dangerous tasks so human astronauts can focus on more complex or scientific projects — or even letting people back on Earth beam into robot bodies.

At least, that’s the end goal of a new partnership between the Japanese Aerospace Exploration Agency (JAXA) and a space robot startup called GITAI.

“We want to solve the cost and safety problems of human travel by using robotics technology,” GITAI co-founder and CEO Sho Nakanose told IEEE Spectrum. “Further, the problem of human travel is the most urgent and deep-rooted in the space industry and so we are working on space telepresence robots because they can be made practical faster than autonomous robots.”

Videos published by GITAI show the vaguely-humanoid robots flipping switches, opening toolboxes, and performing other simple tasks in a lab meant to look like the ISS. In one, the robot needs a little help from a human researcher, but given that the robots are meant to be remote controlled by Earthbound operators, we’ll allow it.

Any GITAI robots that get sent into orbit will stream 360-degree video back to Earth, and the company claims that it’s found a way to get high-quality video footage back and forth with just a 60-millisecond delay.

GITAI says that deploying robotic workers will cut JAXA’s costs to just one-tenth of what it costs to send humans to the ISS, even with humans controlling them from the ground. But those humans may eventually be out of work.

“However, when working on the surface of the moon, for example, the physical delay alone is at least 1.2 seconds, so it will be difficult to use telepresence robots, and we think there will be a need to conduct work using semiautonomous/semiremotely operated robots,” Nakanose told IEEE Spectrum. “We are conducting research led by a robot PhD who developed autonomous robots, so in our research and development work we are actively pursuing the development of autonomous robots.”

Supersonic Flight NASA engineers have captured the first images of the interaction between shockwaves from a pair of flying supersonic aircraft — and they are stunning. “We’re seeing a level of… 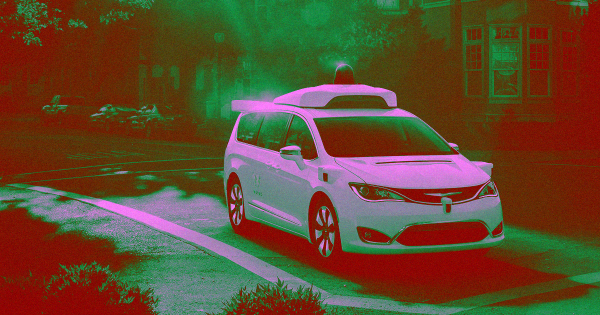 Palm Reading For autonomous vehicles that rely on smooth roads and clear signals, a broken traffic light could conceivably pose a major problem. To get around the problem of a…

[ad_1] At the end of every year, Google conducts a pay equity analysis to determine whether employees of different sexes and races who are doing similar jobs are being paid…

Online Only Tesla is closing most of its physical stores, except for a small number in “high-traffic locations” that will serve as “showcases and Tesla information centers,” according to an official…

Hunter Drone New images have surfaced of Russia’s alleged Sukhoi “Okhotnik” (or “Hunter) heavy strike drone on a runway, taken at an undisclosed location, Popular Mechanics reports. Officials have yet…