Last week, presidential candidate Senator Elizabeth Warren (D-Massachusetts) announced an ambitious plan to break up big tech companies like Google, Facebook, and Amazon and block them from selling their own products on their platforms.

Warren called out Facebook’s acquisitions of Instagram and WhatsApp and Google’s acquisition of online advertising giant DoubleClick as examples of the deals she’d like to see reversed. But why were these companies allowed to grow so big—and these purchases allowed—in the first place?

In his book, The Curse of Bigness: Antitrust in the New Gilded Age, published in November, legal scholar Tim Wu explains how conservative views of antitrust laws first promoted by Robert Bork and the “Chicago School” in the 1970s became fully mainstream by the early 2000s. Today, judges evaluating antitrust claims tend not to look at how many competitors a company has, or how much influence it has over the economy, but simply at whether a company’s business practices have raised prices for consumers. That left companies like Google and Facebook, which offer their main services for free, largely free from oversight even as they acquired competitors and amassed enormous power over the information people see.

It wasn’t always so. Wu, a law professor at Columbia best known for coining the term “net neutrality,” details how presidents of both parties used the Sherman Antitrust Act of 1890, which outlawed monopolistic business practices, to split up the likes of Standard Oil and AT&T, and to block anticompetitive mergers. Wu points to more than a century of “trust busting” tradition to make the case that elected leaders have the legal power, and the responsibility, to break up monopolies that reduce competition, slow the pace of innovation, and damage the fabric of democracy.

WIRED spoke with Wu about how antitrust enforcement all but died in the US, and how leaders could bring it back. An edited transcript follows:

WIRED: What do you think of Senator Elizabeth Warren’s proposal?

Tim Wu: Her proposal is aggressive but not crazy, I think. A good hard look at the mergers of the past decade is a big priority.

WIRED: The biggest impediment to antitrust enforcement now though is the courts. The Department of Justice sued to block AT&T’s acquisition of Time Warner and lost. Is this outside of elected officials’ control at this point?

Wu: One problem is the priorities of not just the Republican Party but the Democratic Party. The Democrats get a turn now and then; the problem is that antitrust hasn’t been given any weight. They need to screen for judges that care about economic justice. They need judges who are believers in robust enforcement of antitrust laws. I can’t think of many judges like that who were appointed by Obama. Antitrust hasn’t been a Democratic priority at all, and I think that has to change.

Warren’s proposal strikes me as evidence that breakups, monopoly, and corporate concentration will be a 2020 issue.

I don’t think it’s crazy for Republicans to want some people like that too. It hasn’t been their thing, they usually want people who are conservative all the way across the line. But the Republican Party has historically had more of a concern with promoting competition and preventing monopoly. The AT&T breakup started under Nixon and was completed under Reagan. People have almost forgotten that tradition.

WIRED: Take us back to the beginning, to the Gilded Age and the emergence of what was then called a “trust.”

Wu: From watching movies you get the idea that the Gilded Age was a succession of fancy dinner parties at beautiful mansions. But I think of it as having two economic characteristics that were particular and distinct from previous American history.

The first was the reorganization of the economy into one dominated by “trust” monopolies. Today you’d use the term “holding company” or just “corporation” instead of the term “trust,” because of changes in corporate law. The trust form was created by Standard Oil to be a monopoly. So the name “trust” was synonymous with “monopoly.” There was essentially one giant company per industry. One steel company. One oil company. One company to make rubber bands. One company that made nails.

“A good hard look at the mergers of the past decade is a big priority.”

The second was the emergence of massive inequality. There was a tiny group of people with enormous wealth unprecedented in private individuals; they had the sort of wealth usually only seen in royalty. Politically, it was also a period marked by a growth of radicalism on both sides. On one side the supporters of monopolies, and on the other the emergence of anarchy, populism, and socialism as answers to what people felt they were suffering under. You don’t need to be a genius to recognize that there are some similarities to our time.

WIRED: In what way are those monopolies over rail or oil similar to today’s digital monopolies?

Wu: Standard Oil is one of the best examples of why net neutrality is important. Its influence over the railroads was crucial to consolidating its power. Before Standard Oil had a monopoly, they set up a cartel of oil companies and threatened to build their own railroads unless [the railroads] gave them discounts and disadvantaged their rivals. At that point there were more competing railroads, so [the oil companies] could play them off each other. The basic idea was to create an uneven playing field. If you were trying to compete with Standard Oil, you were paying more to transport your oil than they were, so it was hard to win.

Later on, those discriminatory practices were banned, so they did them secretly instead. The fact that they were doing it in secret is what brought President Theodore Roosevelt to break up Standard Oil, it was just so blatantly illegal.

We’ve had some net neutrality rules for a while, and it hasn’t stopped consolidation, but I think it will be worse without the rules. The negation of net neutrality, which is still being contested in court, will favor entrenchment of companies like Google and Facebook if they’re able to gain preferential treatment from the carriers compared to smaller competitors.

WIRED: Or in-house services from the carriers, through things like AT&T’s acquisition of Time Warner.

Wu: That’s another example. In that case, they’d be challenging platforms, but the dynamic, the lack of common carrier rules [requiring them to treat all information equally] tends to increase monopoly power.

WIRED: You talk about the parallels to today, with a growing interest in socialism and far-right populism. But in the European Union, where we’ve seen a more strict regulatory environment over the past several years, we’re still seeing populist uprisings there. And the inequality isn’t as bad in some of those places.

Wu: Yes and no. I think Europe actually gets too much credit for bringing a few more cases. I don’t think they’ve been good on blocking mergers; they’ve also been too weak on antitrust. I don’t want to overstate the case and say that a lack of antitrust laws is the only reason you’d see the rise of extremist groups. There’s ideology, questions surrounding immigration, international trade. There are a number of things going on. But I do think this sort of winner-take-all economy, and I think Europe has moved in that direction, creates the preconditions for an underclass to get fired up. France is a more regulated economy than the US, but it still has people who have been left behind.

WIRED: So what’s changed? How did we go from Standard Oil and AT&T being broken up to the point where people are arguing that the Sherman Act only allows the government to stop companies from charging consumers too much money?

Wu: It’s obviously an example of conservative activism, where they’ve taken something like the Sherman Act that says flatly that creating a monopoly is a felony and narrowed it so far as to almost reverse its meaning. It’s an astonishing development. It’s evidence of a strong ideology that takes the market as sovereign and doesn’t agree that Congress or democratic institutions can interfere with the market. It assumes that the market and businesses are supreme over people. I don’t know if it would be openly admitted to, but if you look at what Congress said and what the courts did, it’s hard to argue otherwise. Someone might disagree with some of the antitrust laws, but taking political disagreements to beat away at a thing until it hardly exists anymore, frankly, it’s anti-democratic.

WIRED: What’s the most important thing that leaders can do to rein in monopolies?

Wu: I think fighting concentration directly is really important. Both being much stricter about blocking mergers, and going back and fixing some of the biggest mistakes. It’s become presumptive that any company can merge and the industry can go down to three or four players. I don’t think these oligopolies are good for employees, good for productivity, good for anything. I think we’ve been too lax on mergers. That’s the one thing I’d change if I had to boil it down to one thing.

When you buy something using the retail links in our stories, we may earn a small affiliate commission. Read more about how this works. 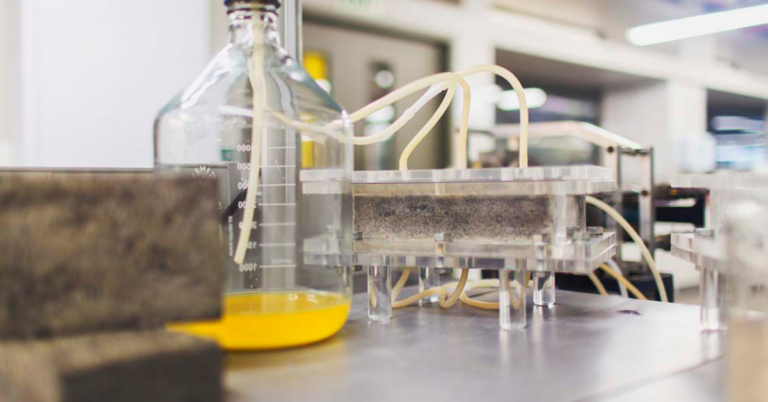 Bathroom Bricks The next time you pee, think about this: Your urine could one day create the sustainable building materials of the future. Dyllon Randall is a research engineer at the University… 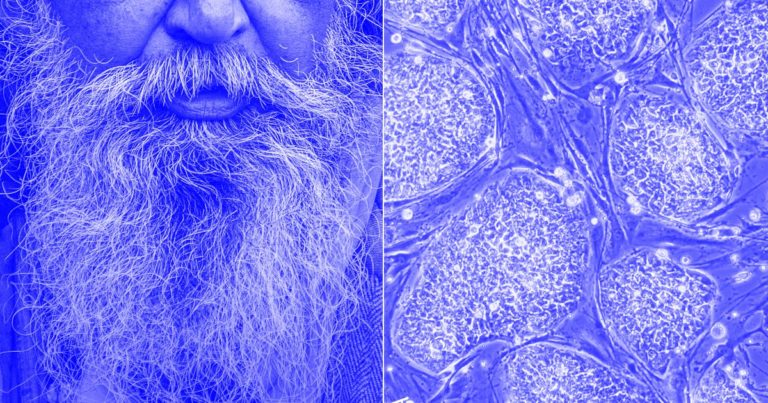 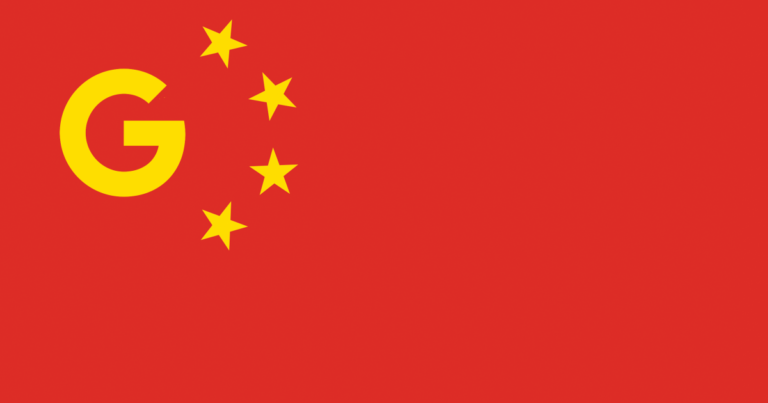 Dragon Spy Google employees might not be happy about a project designed to let a totalitarian government censor its citizens, but the company’s CEO appears to be. In August, The Intercept published… 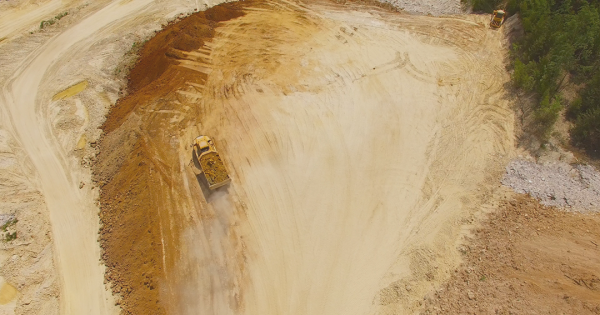 Abandoned oil rigs pose a real threat to the environment and climate change. Can we find a way to eliminate the threat and also find a solution to the green… 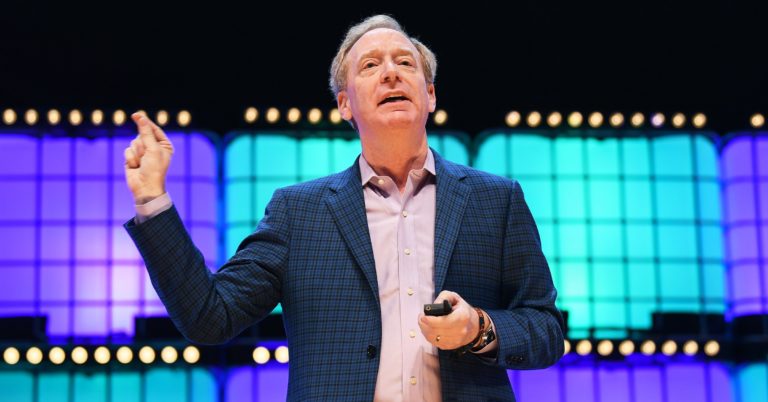