There hasn’t been much information about a new Mac Pro for quite a while. However, more than a year ago, Apple recognized the public outcry for a new Mac Pro by hinting that it’s working on a ‘modular’ and ‘upgradeable’ Mac Pro.

It doesn’t stop there – Apple has declared support of the Mac Pro through a press release for the iMac Pro sale date back nearly two years ago. So, a new Mac Pro is certainly in the works, and it looks like we’re going to see it this year.

So, when in 2019 will we see it? Our money is on a mid-year release, but 2019 has officially begun, and we can see Apple holding a special event pretty much anytime – that’s been its M.O. recently.

If the new Mac Pro is going to be modular like Apple suggests, what will that look like? What will be upgradeable? Will it look like a juiced up HomePod? Before we dive into all the boundless speculation, let’s lay out some basics. 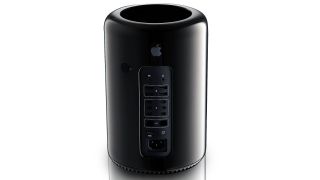 Now, while the new Mac Pro used to be the one Apple product we actually knew with absolute certainty could have been released in 2018, we were mistaken. It turns out the new Mac Pro has been confirmed for a 2019 release date.

The current Mac Pro computer debuted at the June 2013 Apple Worldwide Developers Conference (WWDC), with a December 2013 final release date. Of course, many purchasers didn’t get their computers until April 2014 on account of backorders.

Before that, the original Mac Pro was revealed to the world during the August 2006 WWDC, getting into the public’s hands within the same month.

However, after Apple’s roller coaster of a year in 2018, particularly with the MacBook Pro’s release, we don’t know what to expect. Apple’s strategy last year seemed to be ‘wait until it’s ready and then put it out there’. Whether that will extend to 2019 remains to be seen, but we’re sure we’ll see the Mac Pro 2019 soon. 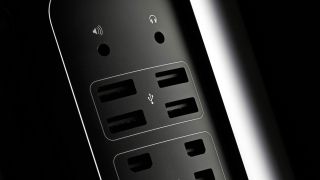 We have absolutely no Mac Pro 2019 pricing information from neither leaks nor Apple’s own remarks on the device. So, once again we’re left to speculate based on the pricing of previous Mac Pro models.

Given how long its been since the previous update to the Mac Pro, it would be unwise for Apple to drive the asking price any higher.

However, if the new Mac Pro’s ‘modular, upgradeable’ nature turns out to be true, that could lead the firm to price the device accordingly, knowing that end users would no longer have to turn to it for upgrades. 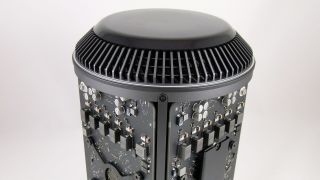 What will be inside the computer is, sadly, another unknown regarding the Mac Pro for 2019, save for a scant few details. For starters, we know that Apple is focused on issuing a Mac Pro with a modular and upgradeable design.

“In addition to the new iMac Pro, Apple is working on a completely redesigned, next-generation Mac Pro architected for pro customers who need the highest performance, high-throughput system in a modular, upgradeable design,” Apple wrote in a December 2017 press release announcing the new iMac Pro, “as well as a new high-end pro display.”

So, we know that Apple is intending to make at least some of the Mac Pro design easy to manage, upgrade and set up in different configurations. If true, the Mac Pro 2019 will have to work with a large variety of off-the-shelf parts – at least ‘off the shelf’ for business pros or IT managers.

Simply put, there wasn’t enough room in the last Mac Pro for storage expansion, and that needs to change in the 2019 model.

We also know that Apple has a display in the works, presumably one that was designed with the performance of the Mac Pro in mind.

As of last September, reports circulated that an 8K (7,680 x 4,320) resolution display was in the works at Apple, and that it would compete with the 32-inch Dell UltraSharp monitor that we recently reviewed. It would come with either 10-bit dithering or native 10-bit colors as well, but not a touchscreen, which isn’t surprising given Apple’s aversion to adding touch to the Mac.

The other sliver of information that we have is that the Mac Pro 2019 may launch with a co-processor, which would likely hint at the Mac Pro 2019 being an early part of Apple’s rumored Kalamata initiative, which will see the Cupertino giant replacing all Intel silicon with its own by 2020. The fact that we won’t see it in 2018 on top of Apple hiring a bunch of ex-Intel engineers to work on Apple chips gives this theory more credence.

As far as the Co-processors go, we could see something like the T1 (which manages the MacBook Pro Touch Bar and Touch ID) and T2 (which manages the iMac Pro hardware security and allows for the automatic ‘Hey Siri’ command). Whichever role it fills, it will offload critical tasks from the Intel processors that will likely be inside the Mac Pro 2019.

How will this manifest inside the Mac Pro for 2019? The most likely scenario is the latter one: implementing the very same T2 chip inside the iMac Pro into this device. That would bring pro-grade security and on-demand Siri to the Mac Pro, the former of which is crucial for getting traction in office environments.

However, the inclusion of the T2 chip might go against the Mac Pro’s ability to be serviced by users. It’s recently come out that Apple has locked out the iMac Pro and 2018 MacBook Pro, which both use the T2 chip, from being serviced by anyone other than Apple and its authorized service providers.

Beyond the co-processors that will almost certainly be present, it’s a pretty good bet that we’ll see Apple use a 7nm Vega II GPU from AMD. 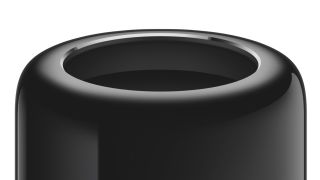 All of these rumors swirling around a potential Mac Pro 2019 release puts us in prime position for a well-crafted wishlist. So, here’s what we hope to see Apple upgrade within the Mac Pro for 2019.

More internal expansion
Simply put, there wasn’t enough room in the last Mac Pro for storage expansion, and that needs to change in the 2019 model. Good thing, then, that words like ‘modular’ make us confident that this will, indeed, be the case. Hot swappable storage bays, anyone?

Dual-processor options
We criticized Apple in our Mac Pro review for not offering a dual-processor option. Surely, there are a ton of video editors out there that would relish the opportunity for speedy rendering and encoding power. And, because we don’t see Apple including the Ryzen Threadripper 2990WX, a dual processor option might be the best way to get 32-cores of processing power in the new Mac Pro.

A keyboard and mouse included
The 2013 Mac Pro shipped without any Magic Keyboard or Magic Mouse included. Simply put, we’d like to see this change with the 2019 version. Shipping an Apple computer without proper inputs is like trying to sell a car without the steering wheel.

iOS apps on Mac Pro
Now that it has been bandied about for so long, the idea of iOS apps on a Mac computer has grown on us. We’d love to see our favorite iPhone and iPad apps make their way to the desktop.

After WWDC 2018, though, we now know exactly how Apple is going to handle this. Instead of just opening the App Store on macOS, we’ll be getting a limited selection of key iOS apps ported over. MacOS 10.14 will have access to News, Stocks, Voice Memos and Home, with more eventually coming over in 2019. These apps will be redesigned to feel natural on macOS – so, no touchscreen necessary.

Gabe Carey has also contributed to this report

If you’re a writer, or even if you’re a liberal arts student looking for the best laptop for college, you’ve come to the right place. We’ve gathered up all the…

After the rumors earlier today, Sony has officially taken the wraps off its new mid-range Alpha A6400 APS-C mirrorless camera.  As the name suggests, the A6400 is not a direct… 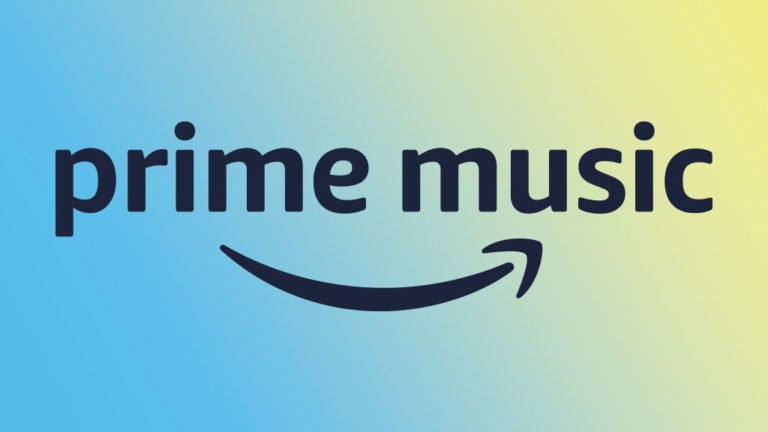 The Wi-Fi Alliance is to launch a certification programme for devices that support the new Wi-Fi 6 standard. Earlier this year, the Wi-Fi Alliance decided to adopt a more consumer-friendly…