If former state representative Stacey Abrams wins the race for governor of Georgia, she would be the US’s first black woman governor. She’s running in a tightly contested race against sitting secretary of state Brian Kemp, who in his official capacity as overseer of Georgia’s voter rolls has fought hard the past few months to remove people from the active voter lists who might be inclined to vote for Abrams. He’s been accused of targeting black voters specifically, purging them from voter rolls. Black people make up 30.2 percent of Georgia’s population, according to the US Census.

Many have said Kemp should have stepped down as secretary of state, citing a conflict of interest between his role as the guardian of the vote and as a candidate on the ballot. New questions around Kemp’s oversight of the election flared Tuesday amid problems with voting in some parts of the state.

“We have a secretary of state who is running for governor who hasn’t been there for four months to run things,” says Sara Henderson, executive director of Common Cause Georgia, a nonpartisan grassroots organization. Henderson is working with 150 people across Georgia Tuesday. “He’s left it up the elections supervisor Chris Harvey, and they have a very small team of folks, it’s only eight people.”

Wait times to vote in some areas Tuesday were averaging three hours, a representative for Verified Voting, a nonpartisan organization devoted to voting security, told WIRED. This was owing both to problems at polling places and higher than expected turnout, according to Henderson. At one polling place in Snellville, in Gwinnett County, north of Atlanta, people were unable to vote for hours because there were no power cords for the machines when the polls opened, according to NBC News. Snellville’s population includes a higher percentage of blacks, 36 percent versus 29 percent than the county overall.

“What we are seeing would back up the theory that voter intimidation and disenfranchisement is occurring in low income minority communities across the state,” says Henderson. “We’ve had the most reports of problems from areas that are densely populated with minorities.”

Her team has gotten reports from numerous counties that they’ve run out of ballots, or don’t have enough provisional ballots. She says counties have been “consistently underfunded” and offered little communication. County election officials are relying on news reports to understand how many ballots to prepare, and what is going on with lines and machine malfunctions, she says.

The lack of preparation and accurate information at the polls is leading to what Henderson calls voter intimidation from poll workers who wrongly turn people away. “We’ve had reports of voters being completely turned away without even being given a provisional ballot,” Henderson says. “Sixty students at Albany State University this morning were turned away completely and we can’t figure out why. We have an attorney on the ground who is trying to figure out how to get the students back to the polls.”

More than 53,000 voters in Georgia were purged from the voter rolls owing to a strict “signature matching” rule that requires voters’ registration signature to exactly match their DMV signature. These people have moved to a “pending registration list.” These pending registrants are supposed to be allowed to vote. Kemp has said that if people present ID, they will be allowed to vote.

Georgia is also one of only five states in the nation that doesn’t provide paper ballot backups for its electronic touchscreen machines, according to Verified Voting, so when things go wrong—as they are today—it’s impossible to conduct a full audit. Some machines that generate needed “smart cards” for voting were not working properly in Georgia Tuesday.

Trouble with misinformed poll workers, lack of ballots and missing power cords aren’t the only problems plaguing Georgia’s election. Georgia voters have been inundated with misleading robocalls from Kemp falsely claiming that Abrams wants to let undocumented immigrants vote. His supporters are also falsely suggesting that armed Black Panthers are intimidating white voters at the polls.

Over the weekend, Kemp accused the Democratic Party of attempting to hack the state’s voter-registration system, without citing evidence. On Monday, Kemp, who is white, engaged in racial fear-mongering, tweeting that “The Black Panther Party is backing my opponent. RT if you think Abrams is TOO EXTREME for Georgia!”

The tweet linked to a Breitbart article, which took an image, posted to Facebook by a group identifying itself as The New Black Panther Party, of a small “armed rally against voter disenfranchisement” held on November 3. The Breitbart article compares that rally, which appeared to have no more than five Black Panthers in attendance based on a review of 22 photos the group put on Facebook, to the 1,000-person-plus rally Trump held for Kemp the next night.

Kemp’s supporters are using the same images to claim that Black Panthers are intimidating voters at the polls. One post shared in a Facebook group called Trump Train, which has more than 54,000 members, urged people to call police if they saw Black Panthers at the polls: “Black Panthers, a radicalized-racist militant group, are armed with assult weapons roaming the streets and neighborhoods as well as the voting polls in Georgia to intimidate and ‘persuade’ Voters to vote for the far-left democrat candidate, Stacey Abrams for Governor.”

The New Black Panthers did not immediately respond to a request for comment.

There have been some reports of racially motivated voter intimidation outside polling places on Tuesday. Henderson says she and her team have gotten a few reports of people with megaphones shouting anti-black racial slurs outside certain polling places, though she declined to name the counties. Police, she say, have had to get involved in some instances.

The secretary of state’s office has issued no official warnings about voter intimidation or problems at the polls and did not respond to a request for comment. If you experience problems voting, you can report them to Common Cause at 866-OUR-VOTE.

Robot Rights It’s an old philosophical question: if a speeding train is careening down the track, and it’s about to crush a group of injured people, would you pull a…

“Minor Glitch” On March 15, people looking up Ghana’s exchange rate got a bit of a shock — according to Google’s exchange rate service, the Ghanaian Cedi was trading at one-fourth… 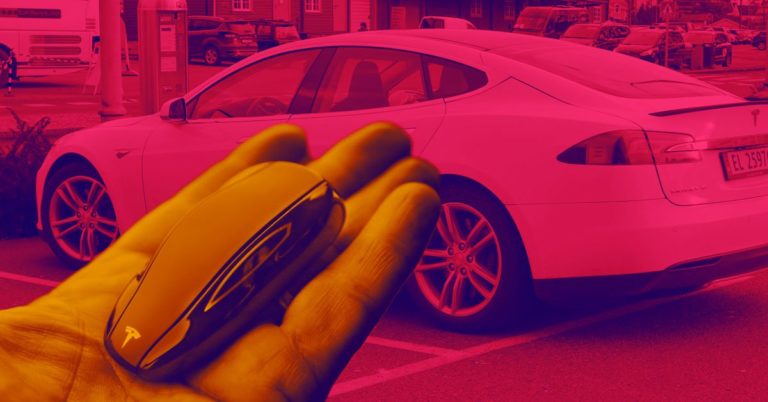