Both Republicans and Democrats woke up Wednesday morning claiming victory in Tuesday’s midterms. Democrats patted themselves on the back for taking back the House of Representatives and for flipping seven governorships from red to blue. And in a press conference, President Donald Trump praised his party, and himself, for gaining ground in the Senate.

Americans remain sharply divided at the ballot box, from which political party they support to initiatives on issues like climate change. But they consistently voted against one thing on Tuesday: gerrymandering. In Michigan, Missouri, and Colorado, voters overwhelmingly passed ballot initiatives to put an end to this practice; as of Wednesday evening, another in Utah held onto a slight lead. They join another initiative passed in Ohio earlier this year.

These initiatives either set up independent redistricting commissions or vastly limit the ability of a single party to unilaterally draw the lines. That could dramatically change the electoral map when districts are redrawn in 2021 and, if it works as planned, could create more districts where voters get to choose their representatives—not the other way around.

“It’s a huge win for the reformers,” says Michael Li, senior counsel at the Brennan Center for Justice who specializes in redistricting.

Electoral maps across the country have overwhelmingly favored Republicans since 2011, when congressional district boundaries were last drawn nationally. That year, Republicans controlled the majority of governorships and state legislatures in America, giving them full control of the redistricting process in most of those states. Eager to secure their power, they designed maps that packed Democrats into a small number of districts and distributed the remaining Democrats sparsely over the rest, so that Republicans would win those districts easily. They called the plan REDMAP. While some of the maps have been modified by courts, those maps will remain in use until after the next census, in 2020. With that milestone fast approaching, Democrats have been working to ensure that history doesn’t repeat itself.

“Democrats today are in a much better position to fight for fair maps than we were in 2011,” wrote Patrick Rodenbush, communications director of the National Democratic Redistricting Committee, an anti-gerrymandering PAC headed up by former attorney general Eric Holder. The NDRC backed the initiatives in all four states on Tuesday as well as the one in Ohio earlier this year.

“Democrats today are in a much better position to fight for fair maps than we were in 2011.”

The ballot initiatives certainly help. Michigan and Ohio have been among the worst offenders of gerrymandering. As the Brennan Center found in a recent report, in both states Democrats could get more than half of the vote share and yet secure less than half of the seats. These initiatives are poised to change that. Michigan’s maps will now be left to a 13-member citizen commission comprising four Republicans, four Democrats, and five people who identify with neither party. In Ohio, maps will have to be approved by 60 percent of state legislators, plus half of the members of the minority party. And while Colorado’s current map is relatively fair thanks to court-imposed modifications, its ballot initiative also sets up an independent commission to protect the process in 2021 and beyond.

Democrats still have a long way to go toward overturning Republicans’ REDMAP, says Catherine Vaughan, CEO of Flippable. Vaughan founded Flippable after the 2016 election to focus on electing Democrats to state legislatures and governorships. That way, when it comes time to redraw the lines in 2021, Democrats would hold the power in more states. For Flippable, Tuesday’s results were mixed.

“We weren’t going to build Rome in a day,” Vaughan says.

Democrats gained control of six state governments, for a total of 14 (versus 22 for Republicans, down from 26). But none of those states have particularly gerrymandered maps. In Wisconsin, meanwhile, which is infamous for gerrymandering, Democrats didn’t pick up any seats in the state senate. They did, however, elect a Democratic governor, who could veto a gerrymandered map if a Republican-led legislature put one before him in 2021. (Wisconsin’s map may well change before 2020, if it’s struck down in an ongoing legal battle.)

Vaughan points to other incremental gains Democrats made in states like Pennsylvania, where Democrats flipped five state senate seats that won’t be up for reelection in 2020. Earlier this year, Pennsylvania’s old, gerrymandered map was replaced with a court-ordered one. But Republicans, who opposed the new map, could try their luck again in 2021 if they’re still in power.

“We’re making headway in that we’re flipping seats, but we need to flip more in 2020,” Vaughan says.

Of course, if they do, it’s no guarantee that Democrats in power won’t try to draw the lines in their own favor. They’ve done it aggressively in states like Maryland, where they’re in control. On Wednesday, a Maryland court struck down the Democrats’ map, arguing that it’s a violation of the First Amendment.

Vaughan says Flippable vets the candidates they support to ensure they’re also committed to fair maps. But in a lot of ways, the ballot initiatives that set up nonpartisan commissions are the safest bet. California is among the least gerrymandered states in the nation, due in part to its independent redistricting process.

There is a third option: The Supreme Court could rule on the legality of partisan gerrymandering. But that’s something the justices have been reluctant to do. This year, they declined to decide on a case regarding Wisconsin’s map, and instead sent it back to a lower court. But they’ll have more opportunities. Li expects cases regarding Maryland’s map and the map in North Carolina to head to the Supreme Court, if not this term then next. If history serves, though, they may not take the firm stance on partisan gerrymandering that reformers are looking for.

If Tuesday night’s election results prove anything, it’s that the effects of gerrymandering are real. According to Li, 72 percent of the congressional seats where Democrats looked poised to win were in states whose maps were either drawn by courts or commissions. Where they’d been drawn by Republicans, they hardly stood a chance. But the election results prove something else about gerrymandering: On the ballot, voters have the power to fix it. 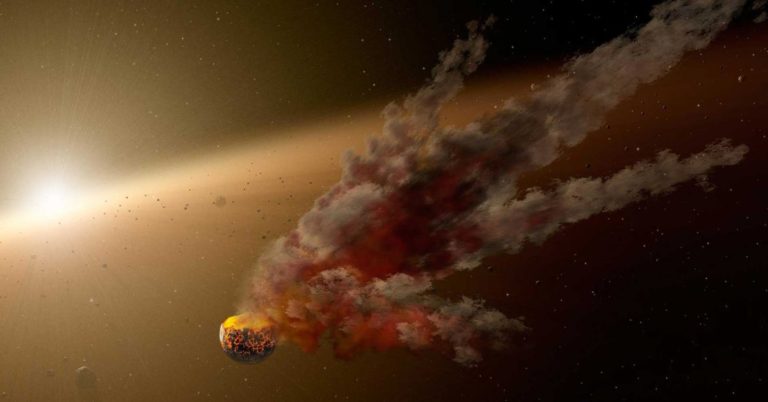 Flying Blind Earth is defenseless against asteroids that could cause utter annihilation, says former NASA astronaut Russell “Rusty” Schweickart. No, he didn’t spot any hostile extraterrestrials during his time in… 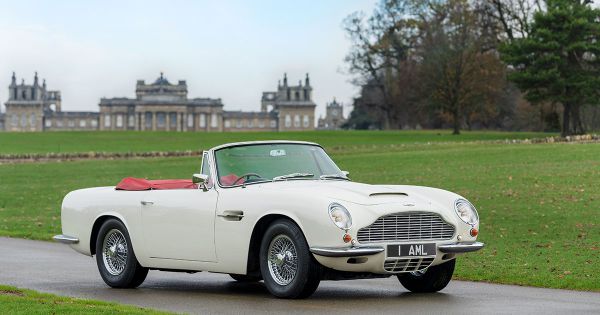 Crew Dragon Test Fire SpaceX just completed a test fire of the Falcon 9 rocket that will hopefully launch the space company’s futuristic Crew Dragon spacecraft into space. If all… 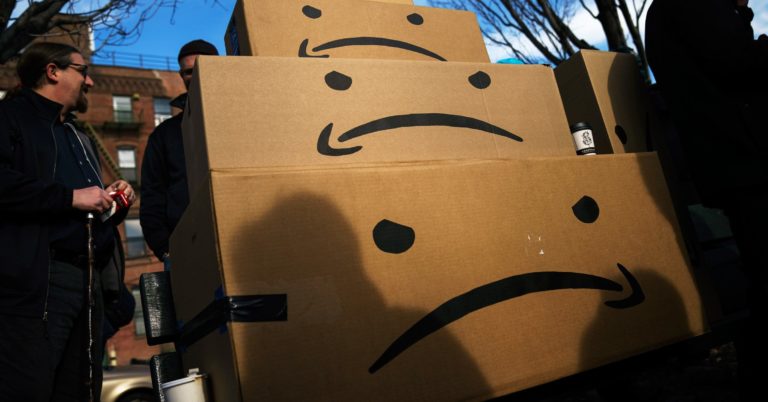 [ad_1] Labor organizing is gaining renewed momentum among some Amazon employees in the United States. The retail giant—run by the richest man in the world—is now one of the largest…

Bad First Date A first date that ends in death is probably the worst case scenario for anyone. That’s particularly true for Melati, an endangered Sumatran tiger who was killed…