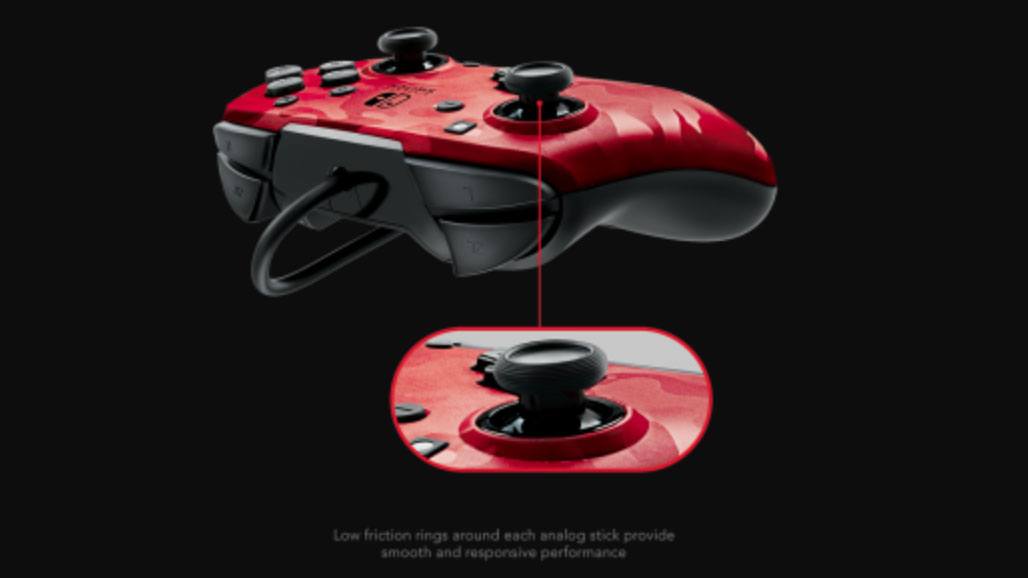 Nintendo Switch is finally getting a third-party controller with a headphone jack.

Although it’s officially licensed by Nintendo, the Faceoff Deluxe+ Audio Wired Controller is developed by PDP, which manufacturers a host of different Switch accessories, Switch travel cases, and controllers.

Set to release this summer, the wired controller has a 10-foot USB cable for connecting to your Switch dock, as well as a 3.5mm audio jack for attaching a gaming headset or pair of wired headphones.

Though the Nintendo Switch already has a 3.5mm jack on the console itself, neither the Joy-Cons, Joy-Con grip, or Pro controller have an option for wired audio. The Switch doesn’t support Bluetooth audio either, giving you few options if you’ve docked your console and don’t want that Tetris 99 soundtrack keeping your housemates awake.

You can also swap out faceplates, and customize a pair of programmable paddles at the back of the controller – not crucial for gameplay, but handy for anyone wanting a more personalized experience.

The Faceoff Deluxe+ will retail at $24.99 (around £19/ AU$35), and be available in either red or purple designs. Players in the US will be able to start pre-ordering from May,

One of the key features of the Faceoff Deluxe+ is that it will feature Vivox’s new SDK (software development kit) to enable voice chat between Switch consoles – without using the fiddly voice chat feature in the Nintendo Switch Online smartphone app.

The Faceoff Deluxe+ won’t feel as premium as the Pro Controller, and won’t pack in ‘surplus’ features like HD rumble. But for anyone wanting to use a proper gaming headset when playing in TV mode, or just to keep the music to themselves, the Faceoff Deluxe+ may be just what you need.