Devaki Raj leaned over a gilded railing inside Times Square’s Marriott Marquis last Thursday, racking her brain to find the words that won’t get her in trouble.

Minutes before, she had stood confidently in front of a conference room full of investors, academics, military contractors, and Air Force acquisitions officers to deliver a slick pitch as part of the Air Force’s first ever startup demo day. In her pitch, Raj explained how her company, CrowdAI, has mixed machine learning with mapping technology to identify flooded Texas roadways in the aftermath of Hurricane Harvey, or decimated buildings after bombings in Aleppo. The pitch, delivered to a closed-door crowd the day before, had already earned CrowdAI a small grant from the Air Force, which she hopes will soon blossom into a formal military contract.

But now, Raj was finding it trickier to answer my questions about what this technology might be used for in practice by the military—or in war. When I asked if there are some applications of the tool that she would consider off limits, she said yes, but declined to name any in particular. After a little soul-searching and a whole lot of self-editing, she offered, “We would like to make sure our technology is used for good.”

For technologists like Raj, it’s a topic littered with landmines. Over the past year, tech workers have revolted against working with the military. At Google, where Raj started her career working on the Maps team, employee backlash last year drove the company to pull out of a Pentagon program called Project Maven, which is using artificial intelligence to improve computer vision for applications like drone targeting. Just last month, Microsoft workers wrote to CEO Satya Nadella and President Brad Smith, asking them to cancel a $479 million Army contract that would let soldiers use Microsoft’s augmented-reality technology, HoloLens, to train for battle. “We did not sign up to develop weapons, and we demand a say in how our work is used,” the letter read.

Landing a government contract has traditionally been a grueling and laborious process, requiring companies to comply with a list of regulations which, when printed out, weigh 8.5 pounds. That’s discouraged lots of startups from even trying.

Nadella rejected their demands in an interview with CNN, saying, “We’re not going to withhold technology from institutions that we have elected in democracies to protect the freedoms we enjoy.” The response drew scrutiny from Nadella’s fellow technologists, and even prompted a New York Times columnist to compare tech military contracts to Dow Chemical’s development of Napalm during the Vietnam War.

These headlines have—inconveniently—emerged around the same time the Air Force and other military branches are desperately looking for partners in the commercial tech sector. The Pentagon views tapping into Silicon Valley’s expertise as essential to competing in an arms race that may hinge on developing technologies like artificial intelligence. But landing a government contract has traditionally been a grueling and laborious process, requiring companies to comply with a list of regulations which, when printed out, weigh 8.5 pounds. That’s discouraged lots of startups from even trying to compete, and prevented the government from accessing some of the freshest emerging ideas in tech.

With the demo day in New York, the Air Force wanted to shrink that process. Over the course of one day, Raj and 50 other grantees walked away with $3.5 million in initial funding, with another $5 million set to be paid out in installments. On average, it took 15 minutes from the end of their pitches for the funds to be transferred into the companies’ bank accounts, using an Air Force credit card. (And yes, the folks running the event did get some frantic calls from payment processors wondering why the US government was spending millions of dollars in $50,000 increments in Times Square.)

The Air Force now plans to hold pitch days across the country in the years to come. But convincing idealistic tech workers to partner with the military requires more than a mobile card swiper, says Dr. Will Roper, assistant secretary of the Air Force for acquisition, technology and logistics. “We’ve got to learn a different language,” he says, one that doesn’t involve much talk of war and weaponry.

Instead, the Pentagon needs to do a better job appealing to the values of today’s tech companies and helping them understand the range of opportunities within the DoD. “We’re certainly not going to criticize someone for having belief systems they adhere to. But our Air Force mission is broad,” Roper says. “So if you don’t want to work with us on weapons systems, but you do want to work on medicine or green energy or data analytics, we should have an open door that fits the needs of the partnership.”

As a result, pitch day didn’t include much of what Roper calls “war-fighter talk,” with the exception of one Airman who received a round of applause for his story of survival after being hit by an RPG. Instead, the day revolved around the softer side of military technology. Securisyn Medical, which is based in Colorado, pitched a piece of hardware that prevents breathing tubes from becoming accidentally dislodged when wounded soldiers are bouncing around in the back of a humvee or a helicopter. Consul Systems, a Virginia-based firm, talked about enhancing cybersecurity on internet-connected devices. And Hivemapper, which is based in California and is entering its second round of Air Force funding, showed off its tool that automatically turns video into 3D models of a given area, which can be used for disaster recovery efforts.

There was scarcely a mention, though, of how a tool like Hivemapper could be used to model out where the Air Force should drop a bomb. And yet, according to Miles Sackler, the company’s director of customer engineering, that’s an ongoing conversation with staff. “We think it’s important that companies going after this are aware of what the use cases are,” he says. “We don’t want to be throwing our product over the rail and saying, ‘Go figure it out.’”

Sackler’s team isn’t running from “war-fighter talk,” though. “Just walking away from anything offensive has a lot of longer-reaching impacts,” Sackler says. “Within the confines of the regulations, the law … our job is to help support [the Air Force] and honor what their mission is.”

If these sorts of ethical dilemmas were weighing on the dozens of startups gathered inside the Marriott last week, it didn’t show. Instead, they whooped and applauded when one speaker noted that about half the companies in the room had never worked with the government before, and laughed when another joked that it’s now quicker to get an Air Force contract than it is to get a beer in New York City.

Roper says that the success of this experiment and the conversations he’s had with startups across the country suggest that all those headlines about the battle between tech companies and the Pentagon are the exception, not the rule. In fact, even Google has said it will continue to work on Defense contracts, despite its reservations about Project Maven. And Amazon’s Jeff Bezos has insisted that his company will continue to work with the military and is considered the front-runner for the Pentagon’s $10 billion cloud-computing contract, known as JEDI.

“I think the exceptions are more newsworthy, but they skew what is reality, and that is that people thank our military men and women for their service,” Roper says. Of course, there’s a difference between honoring the country’s service people and actively building tools of war—a leap prominent tech companies and their employees seem unwilling to make.

The challenge is, these same tech giants—these exceptions—employ some of the brightest minds in their fields. The Air Force could throw a dozen pitch days. It could fund hundreds more entrepreneurs like Raj. But Google would probably still have more resources and expertise than all of those startups combined. If the US military loses the faith of these tech giants, specifically the talent working within them, that could put the country at a competitive disadvantage against its adversaries for generations to come.

It’s a tension Roper understands all too well. “Although I disagree with not wanting to support the military, we’re a country that’s based on the freedom to disagree, and so we’re certainly not, as a military that defends our freedoms, going to gamesay the practice of that freedom,” he says, pausing before adding, “But we are going to get out and partner, and hopefully change people’s minds.”

[ad_1] Pages and groups are the tools Facebook misinformation peddlers love the most. Creating a network of anonymous pages is one of the easiest ways to quickly spread fake news… 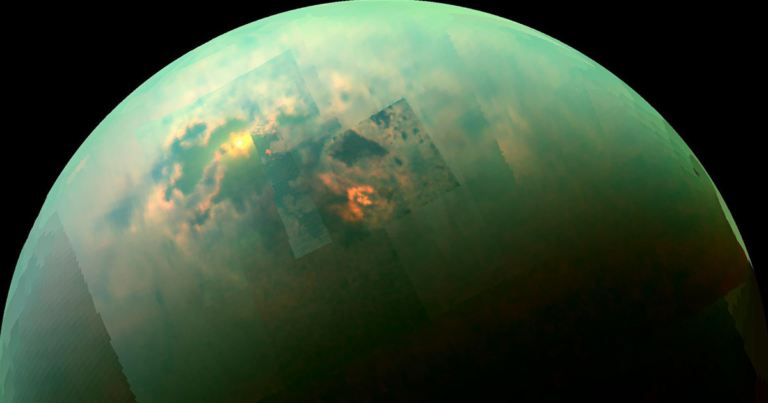 Team Titan Saturn’s largest moon, Titan, is weird. Really weird. Its atmosphere is unlike that of any other moon in our entire solar system — in fact, it’s a lot like what… 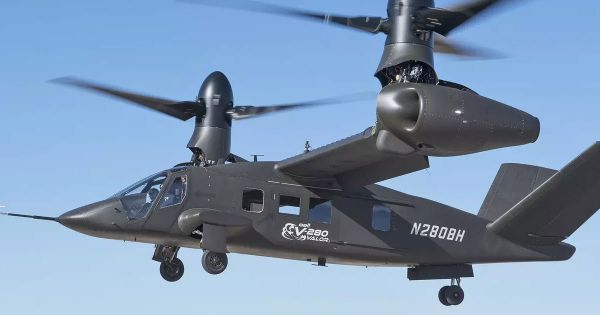 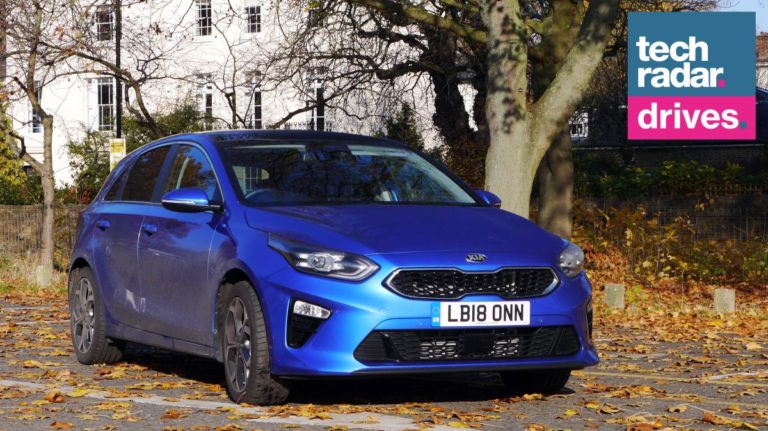 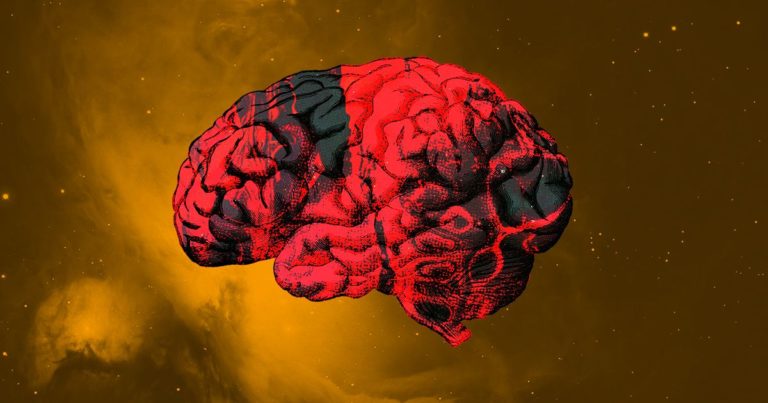 Danger, Will Robinson As famous Canadian astronaut Chris Hadfield demonstrated with his extraterrestrial sob session, fluids behave strangely in space. And while microgravity makes for a great viral video, it… 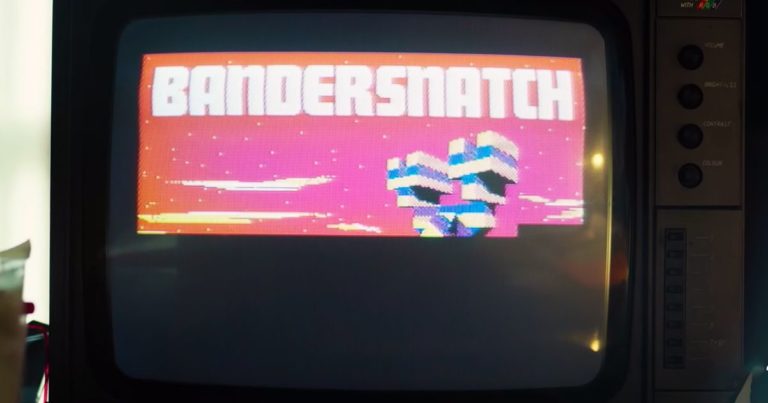 CYOA Grows Up The choose-your-own-adventure story format is no longer just for books. It’s also no longer only for kids. In October, an anonymous source told Bloomberg that Netflix planned…