Fresh off the success of his latest cinematic release, Us, multi-talented filmmaker Jordan Peele has just launched his reboot of The Twilight Zone the US, with the series streaming exclusively on CBS All Access. While the first two episodes of the show were made available in the US on Monday, there’d been no official word on when or where The Twilight Zone would air Down Under – until today.

Well, wonder no more, because it’s now been revealed that the spooky series will stream exclusively on 10 All Access in Australia, otherwise known as the local equivalent to the CBS service.

While that may seem like an obvious conclusion given that Network Ten is owned by the CBS Corporation, Netflix is in fact the Aussie home of CBS All Access’ other high-profile original, Star Trek: Discovery, so there was a small possibility The Twilight Zone could end up elsewhere.

Australian audience won’t have to wait long for the show to arrive, either – The Twilight Zone’s first four episodes will land on the service on April 19, 2019, with the remaining season one episodes arriving direct from the US each week after that.

Of course, you’ll have to join the streaming service in order to watch it, which you can do by heading over to the 10 All Access sign up page. The first month is free, with a subscription fee of $9.99 per month thereafter. 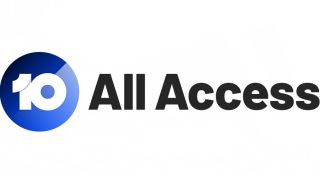 Following a free 1-month introductory period, you can stream “over 7,000 commercial-free episodes” of US shows like The Good Wife, NCIS, Cheers and Survivor – with The Twilight Zone set to arrive soon – only on 10 All Access. View Deal