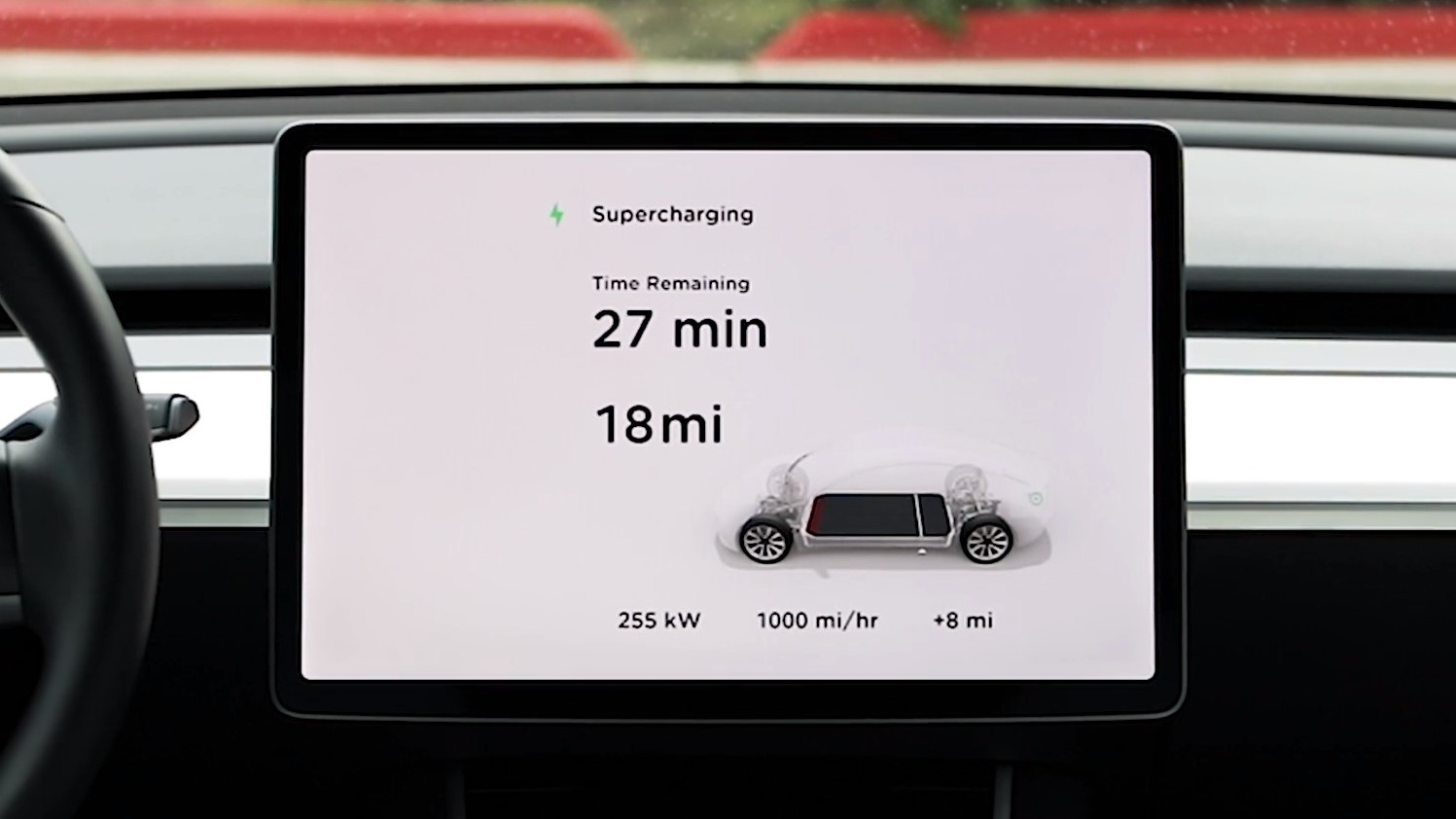 Tesla has unveiled its third generation Supercharger at its headquarters in Palo Alto, California, promising to cut the average charging time for drivers by 50%.

According to a blog post, the Supercharger V3 can juice up a Tesla Model 3 Long Range with enough power to travel 75 miles in just five minutes at peak efficiency.

The company is also rolling out a new feature called On Route Battery Warmup, which will heat your car’s battery to the optimum temperature for efficient charging when you navigate to a Supercharger station – an update the company says will cut average charging times by 25%.

“This combination of higher peak power with V3, dedicated vehicle power allocation across Supercharger sites, and On-Route Battery Warmup enables customers to charge in half the time and Tesla to serve more than twice the number of customers per hour,” the company said.

It’s a busy month for Tesla, which is due to unveil its latest vehicle, the Model Y, at its LA Design Studio on March 14. The Model Y will be a compact SUV (effectively a smaller, more affordable version of the Model X), but little else is known about it so far.

The Model Y was originally expected to go into production this year, but the date has now been pushed back to 2020. Huawei has revealed what it says is a revolutionary new way to quickly share files between your phone and your PC. At its MWC 2019 launch event in Barcelona today,… A new report has laid out a digital roadmap that could catalyze up to a £57bn productivity payout for UK SMEs over five years. The UK government’s Making Tax Digital… The holidays are an expensive time, so we’re bringing you a special treat: a full, free Windows program to download every day until Christmas. Look behind the 22nd door on…