Navigating the swarms of cheap laptop deals can be a bit overwhelming with so many options to choose from here in the UK. Luckily for you, we’re checking through the net’s laptop sales throughout the year, so we know how to spot a bargain.

With such a competitive scene in the UK for laptop deals, there’s plenty to choose from all year round, so if you need to buy a new laptop sharpish, we should be able to find you something that fits with your budget nicely. We’ve even split this guide into sections based on price.

We’ll give you a bit of info about each laptop we highlight too, so you can see some specs at a glance before you click through to the store and have to browse their lengthy descriptions for those vital stats you’re after.

Not everyone needs a super powerful laptop, especially if you just want something for the basics like casual browsing, email and document editing, so don’t feel like you have to spend £500 on a laptop for that – you can get something for far less if you want. Naturally, if you’re a bit of a multitasker, love to have loads of tabs open and want a little extra grunt for media editing, we’ve found laptop deals with higher spec. We sometimes chuck in gaming-friendly laptops if they meet our sensible price criteria. For you Apple fans, you might be interested in our MacBook prices and deals page too.

If you’re from the States or Down Under, be sure to check out our selection of the top laptop deals in the US or Australia in our always-updated guides.

Cheap laptop deal of the week 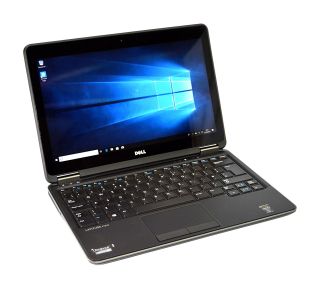 Dell Latitude E7240 Ultrabook from £168 at eBay
This refurbished ultrabook is enormously powerful for such a low price and comes with a six-month warranty as standard. £168 is the price if you want the Windows 10 OS pre-installed – £150 if you’re flying solo. Impressive spec on this 12-inch HD touchscreen laptop include an i5 processor, 4GB of RAM (or choose 8GB for just £18 more) and a 128GB SSD. You won’t find better value for such a low price if you don’t mind it being a refurb.
View Deal 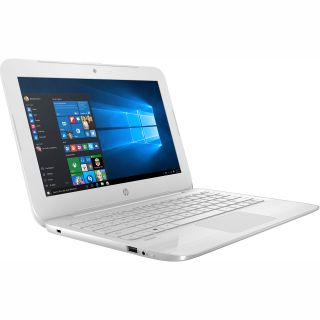 HP Stream 11-ah004na 11.6-inch laptop £139 at AO.com
This is a mega cheap laptop, but one we’d only really recommend for the lightest of tasks or temporary use. 32GB of storage on a Windows laptop isn’t very future-proof as you’ll struggle to download future updates for Windows given how much space is required for the operating system in the first place. 64GB should be your minimum on a Windows laptop, whereas Chromebooks can handle the 32GB capacity much easier. On the plus side this does come with a year’s subscription to Office 365.View Deal 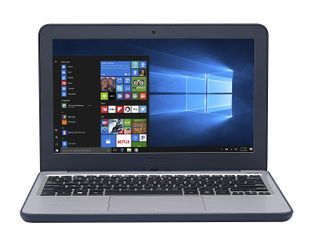 Asus VivoBook E201NA 11.6-inch laptop £159.99 at Amazon
If you need a basic, super cheap laptop that won’t take up all the space in your bag when you’re mobile, this is a real contender for a seriously low price. 4GB of RAM is enough to run basic tasks easily enough and the 64GB of storage will easily handle the Windows updates that the 32GB models struggle to cope with.
View Deal 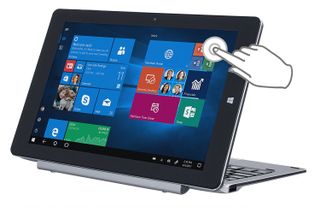 Gemini TC10 10.1-inch 2-in-1 laptop £169.97 at Amazon
This is a mega cheap 2-in-1 laptop/tablet convertible with some decent bang for your buck. 4GB of RAM, a HD screen (nice for streaming!) and 64GB of storage make this a very handy device for basic work needs with casual browsing and Netflix sessions catered for too. It’s not the most recognisable brand out there for sure, but it’s a tempting buy if you want a touchscreen on your laptop for a price way under £200.
View Deal 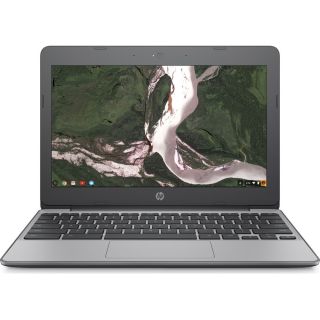 HP Chromebook 11 £179.95 at John Lewis
If you’re after one of the cheapest Chromebooks around to try out saying goodbye to Windows, then this 11-inch model is worth a look. 4GB of RAM is enough for very basic work activities, although the 16GB of storage is a bit rubbish. There is free access to 100GB of online storage though to make storing your files online super easy. Also comes with a two-year warranty.
View Deal 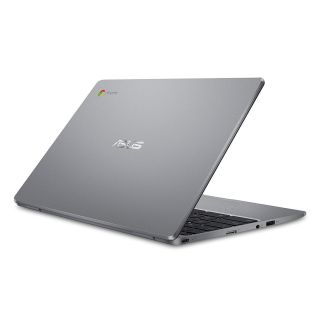 Asus Chromebook C223NA £199 at Amazon
Chromebooks like this are super cheap and a viable alternative to your standard Windows laptop, even more so if you’re used to using Google’s suite of office apps. This one comes with a useful 4GB of RAM and 32GB of storage, which is surprisingly roomy without the bloated Windows OS. We’d opt for this one over the slightly cheaper 16GB Chromebooks.
View Deal 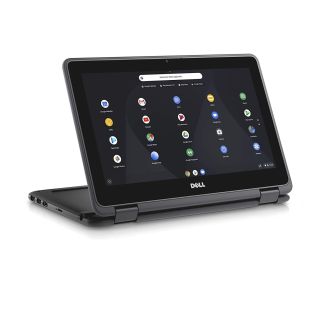 Dell Chromebook 11 2-in-1 laptop £299.99 at Amazon
This is more expensive than most of the other Chromebooks on this page, but it is a 2-in-1 laptop – which means it has a touchscreen and can be folding over to use like a tablet. You’re also getting 4GB of RAM and an extended 64GB of storage. If you fancy a Chromebook but you’re not bothered about the touchscreen and you don’t need that much space for media files, then you could opt for one of the cheaper deals mentioned earlier.
View Deal 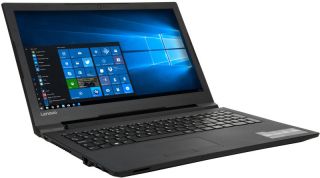 Lenovo V110 15.6-inch laptop £304.97 at ebuyer
This is a fantastic price for a full-sized laptop with 8GB of RAM, allowing you to multitask away with an abundance of tabs, apps and programs running at once. There’s a roomy 1TB hard drive too. If you’re going to be spending significant amounts of time at a desk working with a laptop, this is a solid performer.
View Deal 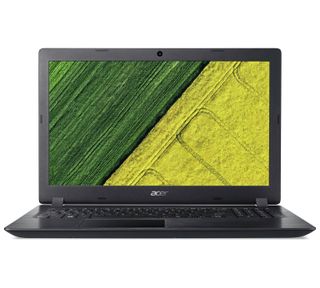 Acer Aspire 3 14-inch laptop – £359 at AO.com
This popular and portable Acer model has an especially large 256GB SSD (loads faster than a regular hard drive) considering the super low price you’re getting. 4GB of RAM is fine for light multi-tasking activities like checking email, listening to music, running a few browser tabs, editing documents and so on. The Full HD screen is great for relaxing with movie content too.
View Deal 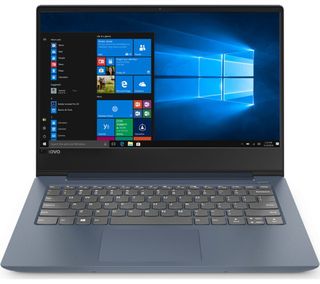 Lenovo IdeaPad 330S 15.6-inch laptop – £499.99 at Argos
If you want a great laptop but really want to keep the budget under £500, this one just about squeezes in. 8th-gen i5 quad core processor and a 256GB SSD all inside a sleek shell. This version comes with 8GB of RAM which is fantastic for regular day-to-day activities and heavier multitasking. Should keep thing running smoothly if you have loads of tabs open in Chrome too.
View Deal 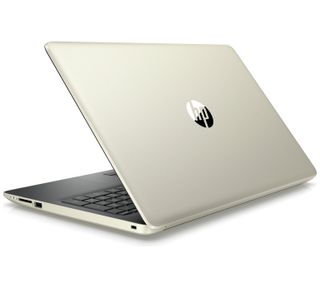 HP 15.6-inch laptop – £499.99 at Argos
If you’re not too bothered about a SSD for storage we’d take a look at this HP laptop deal. It comes with a roomy 1TB hard drive and a meaty 8GB of RAM making it great for multi-tasking with minimal slowdown. If you’re not going to be stuffing the laptop with media files though, you may appreciate the faster loading an SSD offers over the expanded storage here.
View Deal 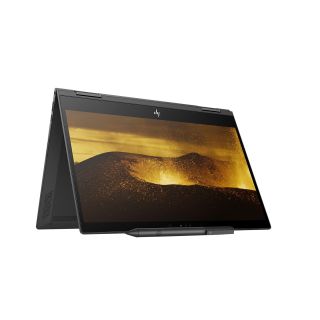 HP Envy X360 2-in-1 laptop £699.99 at Amazon
HP’s versatile Envy X360 convertible laptop is £100 cheaper today. This version comes with an AMD Ryzen 5 processor, 8GB RAM, 128GB SSD and a Full HD display. If you’re intending to use this in touchscreen mode on a regular basis that’s some slick spec for a convertible. If you’re not bothered about a touchscreen laptop though, you can get the same spec on a regular laptop for less money.
View Deal

We’ll continue adding the best cheap laptop deals in the latest sales as we find them. Up next, you’ll find the latest prices on some of the most popular laptops around along with a list of retailers who often have a great selection of laptop sales if nothing else takes your fancy here.

The cheapest laptop deals on these popular picks

Arguably the best value Chromebook around

Premium quality for a low price

On release, the Chromebook Flip reached new heights for the Windows-free laptops as it came rocking a proper Intel Core processor along with a HD screen. Most models nowadays come with 64GB of storage instead of the 32GB which is plenty for running apps and storing regular documents and a fair few media files – you can always use a USB drive for more space. For most users, the newer PixelBook is what we’d call ‘overkill’, not to mention considerably more expensive, so we’d recommend this model if you just need something for work, browsing the net and so on. The Chrome OS works beautifully in this 2-in-1 laptop’s tablet mode too. 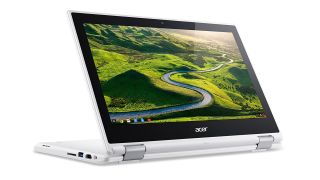 A very capable budget 2-in-1 laptop

Plenty of stores still stock the very user-friendly Chromebook R11 and most have models in for a decent price, making it a strong alternative to similarly-priced Windows laptops. Unlike other cheap Chromebooks the R11 has a much more solid build that doesn’t feel like tacky cheap plastic, so you certainly won’t be embarrassed to be caught using it away from home or the office. And with a battery life that’ll get you about eight hours on a single charge, you’re all set to leave the charger at home each day. On-board storage is a little light, but there’s plenty of free cloud storage available with Chromebooks nowadays if you have lots of media files you need access to regularly. 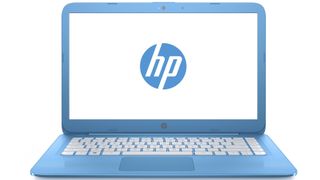 Larger than most budget options

Free 25GB of Dropbox for 1 year

At around £200 and with a range of colourful models, the HP Stream 14 has been a popular pick as a first ever laptop or for those after something to cover the basics like web browsing or document editing. If you’re going to use this quite regularly you may want to skip the 32GB model and look out for the 64GB version instead. Budget Windows laptops with just 32GB of storage tend to struggle with future system updates and some users report there’s not enough space after accommodating the OS itself to continue updating it for long even if they’ve not installed any extra apps or store media files on it. If you can’t find any decent 64GB prices, we’d consider a Chromebook instead for this price, as they can handle updates even if they have a small 32GB hard drive. 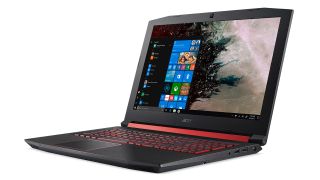 A decent pick for gaming laptop buyers on a budget

Adjust fans for your needs

No SSD on cheapest models

As one of the cheapest gaming laptops that will still run games at decent settings, the Acer Nitro 5 is well worth a look if you’re wanting to get into PC gaming and play modern games too (just don’t expect to be running Battlefield V on ultra settings ok?). The design is a bit too ‘plastic’ and there’s no SSD on the cheapest models, but given the low price and the power of the internal spec inside we’re more than willing to look past that to get our gaming fix on the go or even as an introduction to PC gaming without investing in a desktop rig. 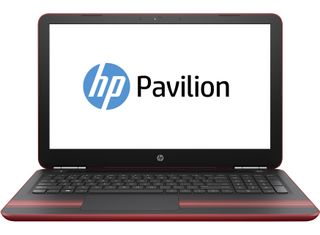 A sturdy choice for a study laptop for school/college/uni. The HP Pavilion 15 has plenty of power for the average student’s needs while keeping the costs sensible. There are plenty of configurations available too. Some favour speedy SSDs, while other go for larger regular hard drives, so it all depends on what you’re going to need more really. Faster loading or more space for storing media files and downloads. 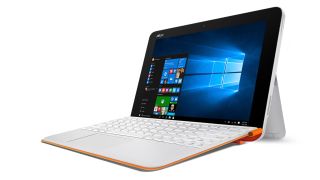 The Asus Transformer Mini series is one of the most reliable brands of 2-in-1 tablet/laptop hybrids on the market. This upgrade includes a fingerprint sensor and double the RAM at 4GB for speedier performance compared to the older models. For your money, this is one of the most impressive two-in-one transformer models out there. Available in orange/white as seen above, or in a traditional grey steel colour.

Ready to stretch that budget a bit (ok, maybe a lot) further? Then be sure to check out our selection of the very best laptops money can buy as we’ve used our dedicated price comparison technology to find the cheapest prices for them too. You can always come back to this page if they seem a bit overpowered (and over-expensive) for what you need.