When the first Chromebooks hit the market, no one, including ourselves, knew what to make of them. However, just a few years later, and not only are there more than 25 million Chrome OS users, but the best Chromebooks continue to wow us with all-day battery life – something that Windows 10 laptops still can’t achieve.

The best Chromebooks don’t just have great battery life, but they’re also affordable for everyone. This is because they don’t need all the latest and greatest technologies – the best Chromebooks pack the hardware they need, and nothing more. And, they keep getting better, just look at the Google Pixel Slate – an extremely promising Chromebook-tablet hybrid

Some users might feel wary of the top Chromebooks, of being restrained by what your web browser can do – we get it. If you’re looking to play games or do media editing, you might want to look elsewhere. But, if your computer use boils down to word processing, email and video streaming, the best Chromebooks are going to tick all of your boxes. 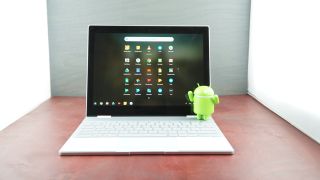 Making good on its Android promises

Shortly after proclaiming the Chromebook Pixel as dead, Google revived it in a way nobody expected. Now, it’s the Google Pixelbook and it stands completely independent of its predecessor. That’s because, unlike the Chromebook Pixel, it can run Android apps natively, on top of building upon Chrome OS. And, when you add in the huge amount of storage space, fantastic stylus and Google Assistant, it shouldn’t surprise you when we say the Pixelbook is the best Chromebook 2018 has to offer – even so long after its launch. 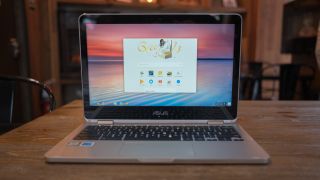 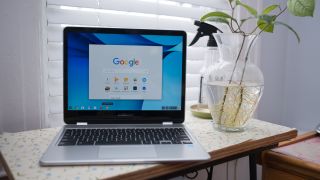 Cultivating the marriage of Chrome OS and Android

When Android apps started heading to the best Chromebooks, it was only a matter of time before Samsung took its mastery of the two OSs and crafted something truly beautiful. With a 12.3 inch QHD touchscreen and a 360-degree hinge, the Samsung Chromebook Pro is widely acclaimed for its built-in stylus – the first of its kind to show up in a Chromebook. Not only does it show up a majority of laptops in its own category, but it’s better than most Android devices as well, even if the keyboard could use some improvement. 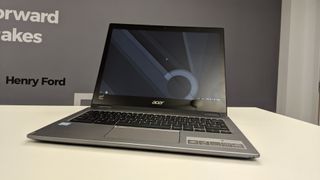 The best Chromebooks are kind of synonymous with education in 2018. And, with the Acer Chromebook Spin 13, Acer wants them to be ubiquitous in the business sector, as well. Beautifully built from aluminum with a beautiful QHD screen, it will not only fit into any office, but it might actually draw some envious glances. It’s more than just a pretty chassis, though – the Acer Chromebook Spin 13 is backed by full-fat Ultrabook processors, so it can get work done, and look good while doing it. 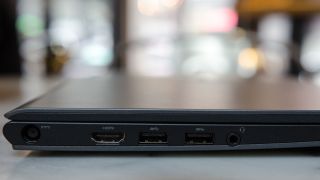 Dell’s updated Chromebook is a star in almost every regard

If the Samsung Chromebook Pro is all about versatility, the Dell Chromebook 11 is about value. Reinforced by a 180-degree hinge, sturdy design and a sealed keyboard and trackpad in addition to a punchy typing experience, this Chromebook is a perfectly portable package. Not only adequately suited for school and work, the Dell Chromebook 11 even packs a set of loud stereo speakers for listening to music or watching videos. Don’t worry about dinging it, either, as this device remains the most rugged Chromebook on our list. 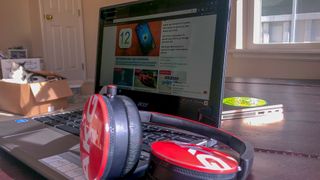 One of the most compelling use cases for the best Chromebooks is that of the student laptop – and the Acer Chromebook Spin 11 is a perfect example. If you’re a student, or even a parent of a student that’s looking for a cheap, capable and, more importantly, durable machine to get some homework done on the go, you shouldn’t need to look further than the Acer Chromebook Spin 11. You won’t be able to do any hardcore gaming or video editing on this thing, but if you just need something to write some papers and watch some YouTube in your downtime – you should give it a look. 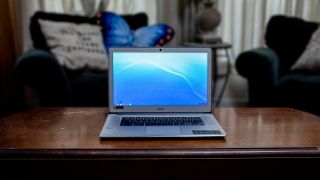 Easy to weigh down with tabs

With a pristine build quality that rivals a MacBook, it’s easy to forgive the Acer Chromebook 15’s aversion to 2-in-1 form factors. However, given that most Chromebooks releasing this year are fully convertible, thanks to the wide adoption of Android app support, the Acer Chromebook 15 had to prove itself to us with more than good style. And, beyond its ability to lay flat using a 180-degree hinge, this beautiful 15-inch Chromebook makes a great impression with its battery life, too, lasting nearly 17 hours in our battery test. 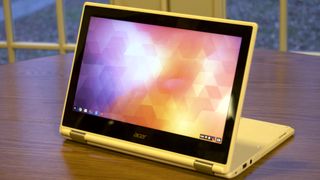 We wouldn’t be surprised to see Acer replacing the Chromebook R11 – at least, judging by the recent release of the Chromebook Spin 11, but it still holds up to this day as one of the best Chromebooks on the market. It isn’t the most powerful option out there, but it still gives you full access to Android Apps on the Google Play store. What’s more, it does so on a touchscreen display that can be rotated around into tablet mode, complemented by an all-metal finish that you won’t be ashamed of. 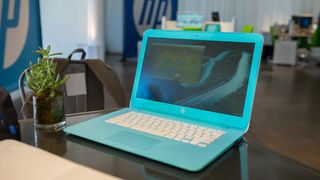 Slower than some rivals 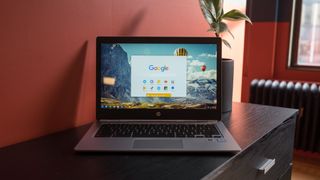 High-resolution display is a beauty

The HP Chromebook 13 is way better than anyone would expect from a Chromebook. You’re getting a 1440p display, two USB-C ports and, if you’re willing to shell out a bit more cash, you can get yourself an INtel Core M processor rather than a Pentium. All of this is complemented by incredible style and a metallic design that exudes Pixel influence. It might not be as powerful as the Google Pixelbook, but it’s still one of the best Chromebooks when it comes to sheer style.

Watch the video below for the top 7 things to consider when buying a laptop:

Juan Martinez and Gabe Carey have also contributed to this article.

The moment that Rocket League fans have been waiting for has arrived, with the game’s developer Psyonix announcing that full cross-platform play is now available, allowing PS4 players to finally…

Fitbit is mostly known for fitness trackers, but it also offers devices that are more or less full smartwatches, such as the Fitbit Versa. The Apple Watch 4 meanwhile is…

Epic Games CEO Tim Sweeney thinks that mobile games are becoming competitive with console games, and companies throughout the industry are not taking advantage of the potential of handsets. Speaking…

In the past, it wasn’t always so easy to distinguish the best gaming laptops from any other laptop. As long as you had an Intel Core i7 processor, dedicated graphics…