Apple launched five new iPads in the last year and there are always cheap iPads on sale and still worth your money in 2019. Your decision isn’t going to be easy.

There are few bad choices. The best iPad can give you the power of a computer, the sleek design of a 2-in-1 laptop, and the familiar interface of smartphone thanks to iOS 12 and soon iOS 13. It’s all tied up into a nice, neat package, one that’s replacing the traditional bulky laptop for many – though not all – consumers out there.

And there’s now an iPad price for everyone, with cheap the new iPad 9.7-inch 2018 starting out at an affordable price, while the performance-focused iPad Pro 11 and the iPad Pro 12.9 offer laptop-like internal specs. The new iPad Air and iPad mini offer a good value in the middle, and all support the Apple Pencil to appeal to average consumers and students.

Believe it or not, the iPad Air 2, also a 9.7-inch tablet, remains popular, even though Apple isn’t selling it directly anymore. And the aging iPad mini 4 (launched way back in 2015) is still on sale in many places.

There’s clearly an iPad for you and they all run iOS 12, which is now available. We created a best iPad 2019 list to help narrow down Apple’s top tablet choices for you.

Let’s begin with a video overview of the best iPads

The biggest and best iPad around right now

The iPad Pro 12.9 (2018) is big and bad – bad in the good kind of way, in that it effortlessly replaces half the things you need in your life – goodbye mobile phone, laptop, coloring pad, music mixing table, games console. It’s the ultimate creativity and workflow tool, with its huge screen, useful peripherals and snappy iOS.

It has the fastest processing power we’ve ever seen in a mobile device, four powerful speakers and a vibrant screen and, depending on which model you get, more storage power than you’d ever need.

It doesn’t have the best battery life though, so it’s not going to last you too long. You might not be able to use it for long periods of time watching films on a journey or mixing your music, and it charges rather slowly too. 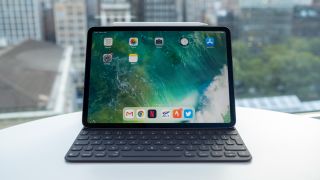 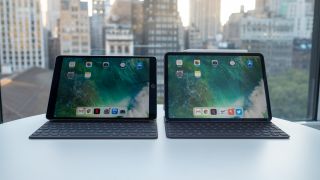 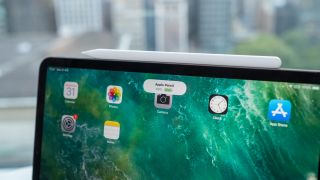 A smaller best iPad you can buy right now

Insane amount of power for a tablet

The iPad Pro 11 is the second best iPad you can buy right now – it’d be the best if it didn’t have a bigger sibling. It may be expensive, but the recent iPad Pros have Apple’s most powerful tablet and furthers the 2-in-1 design ethos if you spring for the pricey new keyboard cover folio.

It has a laptop-like experience in design and performance, and the new Apple Pencil magnetically clips onto the frame of the new iPad Pro. With superb speakers and a great new screen-to-body ratio, it’s hard not to fall in love with the finely crafted hardware design.

However, there are setbacks for the iPad Pro 11 that you should be aware of. The iOS 12 software feels limiting when trying to multitask and perform laptop-like tasks.

Another strictly mobile challenge: it doesn’t have a headphone jack. If you want the standard 3.5mm jack in a computer-like device, you’ll spring for an actual computer.

Everything about the iPad Pro 11 makes it the best experience if you’re looking for the best Apple tablet – you’ll just need to swallow the high price – but it’s no MacBook replacement. 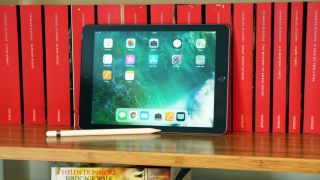 The best Apple iPad for the average consumer

Its education ambitions are overhyped

This is the best Apple iPad for the average consumer and for education, even if it isn’t the most powerful one on sale. It’s simply a great value.

The new iPad (2018) replaces the very similar 2017 model and, before that, the iPad Air 2 in Apple’s lineup, slotting in below the Pro range.

It works with the Apple Pencil, offering you the cheapest way to doodle on the 9.7-inch glass, though you can’t get the Smart Keyboard with this non-Pro model. It also has the same luxurious metal unibody as the rest of Apple’s iPad range, though notably it’s ever-so-slightly thicker than the iPad Air 2 or iPad Pro at 7.5mm.

With the Touch ID fingerprint sensor included, iOS 12 under the hood and up to 10 hours of battery life when web browsing or watching videos, it’s a great media player and a strong tablet choice if you’re not planning to use it heavily for productivity.

The only small tablet you should consider

Sometimes with a tablet you just want a slightly plus-sized phone, and the iPad mini (2019) fits that bill. It’s a dinky device with some impressive specs, boasting Apple’s most recent processor and a decent battery life.

What makes the iPad mini (2019) great is the fact you can use the Apple Pencil alongside it, turning the iPad mini into a tiny notebook in your pocket.

The iPad mini (2019) is one of the best small tablets you can get at its price point, so if you’re looking for an easily totable pocket powerhouse, you can’t get much better than this little monster. 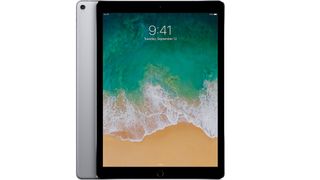 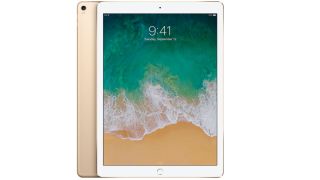 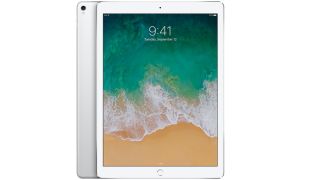 An older, really big iPad you can buy

Too expensive as a laptop replacement for some

We really like the iPad Pro 12.9 for its large size and it’s the closest thing we have to a 2-in-1 touchscreen MacBook. It just happens to run iOS 12 instead of macOS.

It’s the best productivity and entertainment tablet around thanks to its 12.9-inch screen, four speakers and the iOS 12 dock and multitasking interface. Apple has redesigned its Control Center interface to make app switching even easier, and this tablet is compatible with the Apple Pencil and Smart Keyboard.

It’s biggest weakness? The iPad Pro 12.9-inch price, and the size isn’t a good fit for everyone. But If you can afford it and want the largest-sized iPad available, you’re going to love this – it’s a laptop-replacement for a lot people out there. 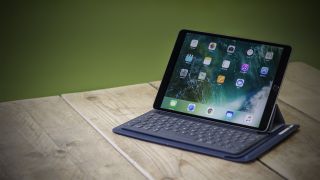 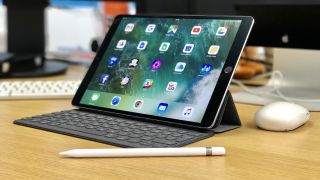 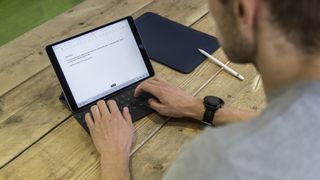 An iPad Pro experience at a now-lower price

Screen adds a lot of expense

The iPad Pro 10.5-inch version is an all-star tablet which has been recently superseded by the iPad Pro 11. There’s good news for the Pro 10.5 though, as it means it’s now cheaper.

Its bright ProMotion Retina HD screen is its best selling point. It adds an impressive layer of fluidity to daily use – if not strictly necessary – and the smaller bezels means you’re getting far more display in a footprint not much bigger than 2016’s 9.7.

It’s an iPad for the professionals – but also one that media munchers will adore using.

It takes advantage of the Apple Pencil and several tablet-focused iOS 12 features like the dock, Control Center and Instant Markup with the stylus. If you invest in the recommended Smart Keyboard, you can attach it to a Pro-level iPad without jumping through all of the hoops of Bluetooth. 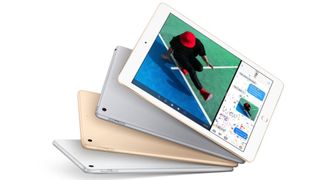 Powerful for the price

The iPad (2017) marked a name shift for Apple’s tablets, as the Cupertino, California firm dropped ‘Air’ in favor for the cleaner moniker.

The iPad from 2017 has since been replaced by the new iPad (2018), but it’s still a solid buy if you’re looking for a more affordable Apple slate.

The only real problem is the new iPad (2018) isn’t that much more, so unless you simply can’t spend more than £300, the newer version is the better buy. 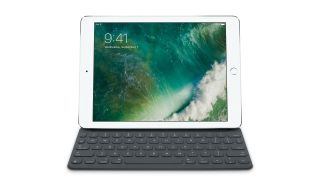 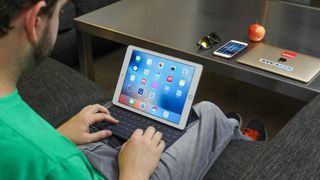 For the average user the iPad Pro 9.7 (2016) is one of the best all-round options. The 9.7-inch screen strikes a great balance between being big enough to get far more out of than a phone screen and small enough to still be fairly portable.

But it lives up to the Pro name, with plenty of power afforded by its A9X chipset and 2GB of RAM, four speakers for serious media potential, a beautiful True Tone screen, which adapts the color and intensity to your environment, and of course the ability to use the Smart Keyboard and Apple Pencil with it, if you want to use the slate to actually get things done.

The iPad Pro 9.7 (2016) also comes with up to 256GB of storage if you’re prepared to pay, so you needn’t feel limited by the lack of a microSD card slot, and it’s likely to remain a powerful and versatile tablet for years to come, so while it’s expensive you might not feel the need to upgrade for a long time. 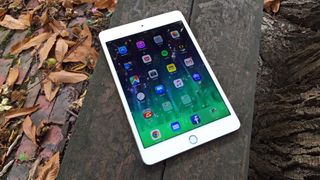 Big screens aren’t for everyone, and that’s where the 7.9-inch iPad Mini 4 comes in. The screen size means it’s far more portable than Apple’s larger tablets, especially as it’s light at 299g. It’s not quite small enough that you can use it one handed, but you can comfortably hold it for a lot longer than most of Apple’s slates, or throw it in a bag and forget about it.

It’s also big enough to enjoyably browse the net or watch videos on when you’re away from home and bigger screens, but it’s obviously not quite as strong an experience for most visual media as Apple’s larger 9.7, 10.5 and 12.9-inch slates.

The small size and lack of Smart Connector also makes it worse for productivity than the iPad Pro range, but this isn’t designed as a laptop replacement.

It’s still fairly powerful thanks to 2GB of RAM and the aging but still impressive Apple A8 chip, while the screen is sharp, rich and easy to see even in bright sunlight.

The iPad Mini 4 is also a fraction of the price of Apple’s Pro range, and with 128GB of storage you needn’t be terribly limited in that area – though it’s no match for the 256GB you can get in the iPad Pro. 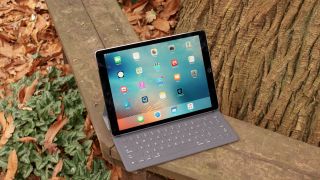 Battery life could be longer

It matches that slate’s four powerful speakers, accessory options and storage capacity, but at 12.9 inches the screen is significantly larger, while its 2048 x 2732 resolution ensures it retains the same 264ppi pixel density. It’s also more powerful than its smaller sibling, combining the same Apple A9X chipset with a massive 4GB of RAM.

That power is undeniably a good thing, but the screen size will be more divisive, as while all that space is great if you plan to use it as a real laptop replacement, for running apps in split screen, or for watching a lot of movies, it leaves it a little unwieldy in other ways, especially as it makes the slate a hefty 713g. If you want the ultimate in portability this isn’t it.

But if you can afford the high price and want the very biggest and most powerful tablet Apple has to offer there can be no other choice than the iPad Pro 12.9.

LG has taken CES 2019 to announce a wave of new partnerships with major US tech manufacturers, including announcing that Apple AirPlay is coming to its 2019 wave of TVs….

Buying a pre-built gaming PC is a great option for those that just want to get on with gaming. But building your own is a hugely rewarding experience. Not only… 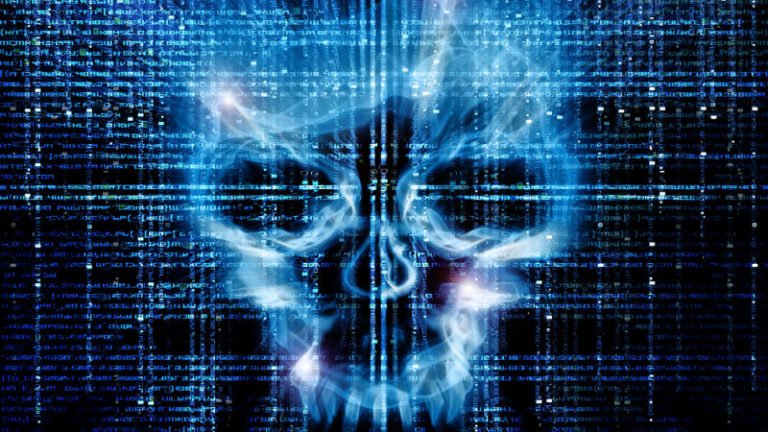 Each month customers pay telecoms larger and larger bills but where does that money actually go? You would think it would help these companies expand their 4G coverage or prepare… 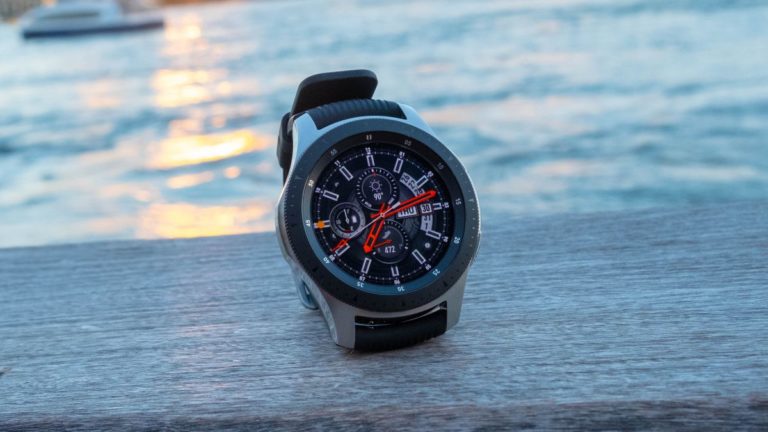 Update: A new Samsung smartwatch has been rumored, but we don’t think it’s the Samsung Galaxy Watch 2. Instead it looks to be a Samsung Gear Sport sequel, and you… 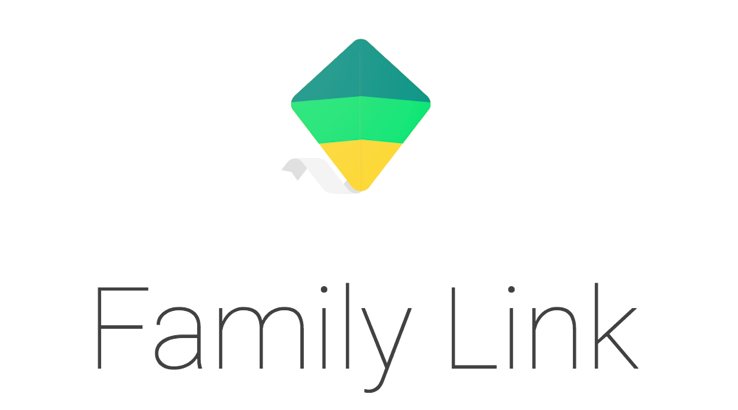 Technology is a wonderful thing. But sometimes, particularly in the case of young children, it pays to keep an eye on how much influence that technology has on their lives….