Apple has released a number of other large handsets since the 8 Plus, all stocked up with a bunch of new features but they are still dragged down by the expensive price points they carry and not all of us can afford those £1000 plus phones.

This is where the iPhone 8 Plus deals come in. If you want one of the newest large screened Apple smartphones, but the price of the iPhone XS make you feel dizzy, then the 8 Plus will be the one for you.

So how are iPhone 8 Plus prices looking. On average, if you shop wisely (using our price comparison chart below) you’ll save yourself around £300 if you go for this handset over the iPhone X. We’ve seen monthly tariffs as low as the £25 region if you’re prepared to stick a wedge down upfront.

Still feeling a bit overwhelmed by these prices? Don’t forget that iPhone 8 deals are also available if you’d prefer the smaller smartphone, along with the smaller prices. And you can save £10 on the upfront cost of any iPhone 8 Plus deal at Mobiles.co.uk by using the voucher code 10OFF at the checkout.

The top 5 best iPhone 8 Plus deals you can get in the UK today:

iPhone 8 Plus | EE | FREE upfront | 25GB data | Unlimited minutes and texts | £43pm
We think that this must be the best iPhone 8 Plus for pure value over the two years on EE right now. It just gets everything right. For starters, you pay absolutely nothing upfront. And then we’ve noticed that the monthly payments have fallen, while the monthly data limit has shot up to a very agreeable 25GB. And of course you’ll be on the UK’s fastest 4G network as well. Total cost over 24 months is £1032

Get this iPhone 8 Plus deal at Affordable Mobiles 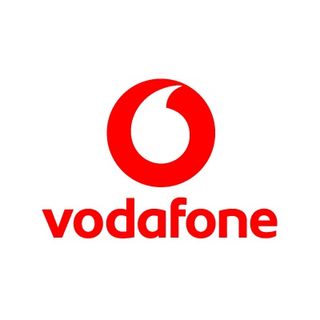 iPhone 8 Plus | Vodafone | FREE upfront | 26GB data | Unlimited calls and texts | £50pm
Vodafone started out with some pretty expensive iPhone 8 Plus deals at the start, but they have massively dropped in the past few months. You can now get 26GB of data and pay absolutely nothing upfront. £50 monthly bills do sound pretty steep until you bear in mind the sheer size and quality of the handset and the lack of any upfront costs. Total cost over 24 months is £1200

View this iPhone 8 Plus deal at Affordable Mobiles

iPhone 8 Plus | Three | £79 upfront | All-you-can-eat data | Unlimited minutes and texts | £56pm
Need even more data? Yes? Are you quite sure? 30GB is really rather a lot. You simply need unlimited? Well, OK then, you’ll have to go with Three. Obviously this should only be thought about if your downloading and streaming habits are off the scale. Considering the fact that this deal is only £56 a month you are getting a pretty good for this huge amount of data.  Total cost over 24 months is £1423

Get this iPhone 8 Plus deal direct from Three

iPhone 8 Plus 256GB | Three | £99 upfront | 1GB data | Unlimited minutes and texts | £44pm
Prefer to download your box sets rather than stream them? Rather keep your photos on your phone instead of in the cloud? You’ll be parting with over £40 every single month of the two year contract, but this Three deal gets you the 256GB version of the iPhone 8 Plus. That’s a remarkable amount of space to enjoy, but just watch that low data allowance. Total cost over 24 months is £1155

View this 256GB iPhone 8 Plus deal from Three

iPhone 8 Plus price: how much does it cost?

A mighty £699. That’s how much the 64GB iPhone 8 Plus will cost you in the UK according to the RRP. That might seem like a lot but that’s one hundred pounds cheaper than when it first came out.

If you opt to buy the iPhone 8 Plus upfront without a contract you will save money in the long run, but of course £699 is a lot of money to pay. If you can afford it though it the way to go once you pair it with a cheap SIM only deal. 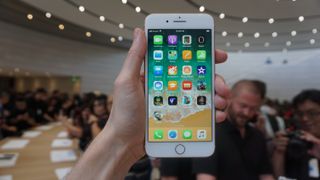 iPhone 8 Plus review in brief

Brilliant, but still in the shade of the iPhone X

Lacks the pizzazz of the iPhone X

This is the iPhone you want if you can’t quite afford the iPhone X or iPhone XS Max. It’s got the larger battery, same powerful innards and strong camera. If you don’t mind the poorer screen, it’s a good option – and the screen is still a beaut. And we prefer it quite a lot more to the regular iPhone 8.

In an effort to make it easier for businesses to recruit the best talent for their organisations, Google has announced that its G Suite recruitment app Hire is now available…

Google only recently launched the Pixel 3 and Pixel 3 XL, however the company could have two additional phones in the works if hints in an APK teardown are anything…

It’s fair to say that battle royale games have seen phenomenal success in recent times, with massed ranks of players clamouring to face-off against each other in combat across various… 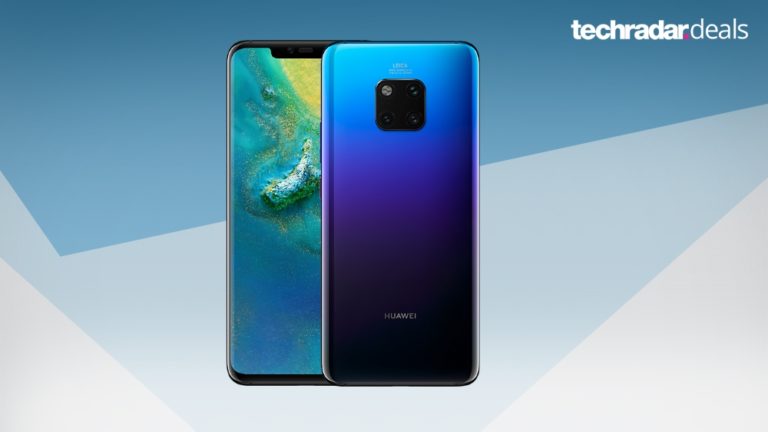 With all of the popularity around Samsung and Apple it can be easy to forget about some of the other amazing devices around right now, especially the Huawei Mate 20…

When the iPhone SE launched in 2016 it was the perfect palm-sized partner to the larger iPhone range, but three years later it still hasn’t received a successor – this…