The college admissions bribery scandal has all the components of a made for TV movie, including suspense, celebrities, and unexpected twists and turns. Behind the broken admissions process and the drama, however, a different educational crisis is looming. According to a 2018 Korn Ferry study, by 2030, there could be a global talent shortage of more than 85.2 million people, costing an estimated $8.5 trillion in unrealized annual revenue. In the US alone, the study forecasts $1.7 trillion in lost revenue due to labor shortages—roughly 6 percent of the entire economy.

The scandal du jour makes it easy to wag fingers and focus on the foibles of prominent helicopter parents, but perhaps we should be having a different discussion about how to level the educational playing field. The often-cited solution to the global labor shortage—upskilling, where employees or the unemployed learn new skills—is only viable if people have access to education.

Sebastian Thrun is a scientist, educator, inventor, and entrepreneur, and the founder, president, and executive chairman of Udacity. He is also CEO of Kitty Hawk and the founder of Google X, where he led projects including the self-driving car, Google Glass, and more.

When I was a professor at Stanford University in 2011, my colleague Peter Norvig and I taught the class “Introduction to Artificial Intelligence” to 200 students. We wondered what would happen if we shared the material online. Instead of narrowing the field and only letting a select number of elite students in, we decided to throw the gates open by permitting anyone to sign up for the free online course via Stanford’s website. We thought we might attract 500 students. Much to our surprise, 160,000 signed up.

We were shocked to discover that the students who performed best were not from Stanford. In fact, the first Stanford student only ranked 413th.

There is an enormous, undiscovered pool of talent spread around the world. For many of them, education equals freedom. Education is the tool a single mom uses to get a better-paying position that allows her to support her family. It’s the tool an asylum seeker uses to lift himself out of a refugee camp. It’s also the tool a midcareer worker uses to compete in an ever-changing market.

There are 7.5 billion people in the world, with more than half defined as working age (between 15 and 64). Existing universities can only accept so many students at once, and they often concentrate on the youngest group of working-age people.

The days of one diploma and a 40-year career are long gone. In its place is a new model, in which employees have numerous careers during their working lives, which may necessitate re-education or upskilling. In an ideal world, people should be able to learn in whatever fashion best suits their learning style and schedule—whether that be via a traditional university or online courses and training. (Udacity, the company I founded, offers these kinds of programs.) What’s most important is that everyone has an equal opportunity to pick up those new skills. The 2018 Employee Tenure Summary published by the Department of Labor’s Bureau of Labor Statistics found that wage and salary workers spend a median of 4.2 years with their current employer, and those numbers are even more illuminating when broken down into age groups. The median tenure of workers ages 55 to 64 was 10.1 years, while for those ages 25 to 34, it was only 2.8 years.

Some employees leave their jobs because of the commute or because they feel as though they’ve been treated unfairly. Others part ways with their employers because they’ve been enticed by a more lucrative opportunity. But churn is just one part of the problem, particularly in the technology sector. The 2018 Korn Ferry research forecasts that by 2030 the global technology, media, and telecommunications labor-skills shortage will reach 4.3 million positions and an unrealized output of nearly $450 billion. The US—currently the world’s tech leader—could suffer the biggest blow of any country in the study, with unrealized output of around $162 billion by 2030. Not surprisingly, in the global C-Suite Challenge 2019 released by the Conference Board in January, CEOs ranked attracting and retaining top talent as their number one internal concern.

That’s why more than 200 employers including AT&T, Facebook, Google, and IBM are collaborating with us to make jobs-centric learning broadly accessible. For many of our 10 million students, the skills that lead to a well-paying job in technology were previously out of reach. Our goal isn’t enlightenment; it’s employment and education for all. It’s a lofty goal in part because getting hired, and excelling in any career path, is about more than just knowing how to code or having the most up-to-date skills. You also need to be able to perform well during that first phone conversation with the recruiter and ace the in-person interview. Employer wish lists often include soft skills like empathy and listening. It’s crucial for all educational institutions and learning platforms to have an open dialogue with employers, so we know what they’re hiring for.

Upskilling is one solution to the challenge of our current and future labor shortage and the looming crisis it may bring. Other options include having employers relocate their operations or having companies expand their list of potential employees, like considering people returning to the workforce after taking a significant leave of absence to have children or care for a parent, or gig workers, older workers, veterans, and other pools of often overlooked applicants. But first we need to unleash the power of untapped human potential, and the best way to do that is to tear down the barriers to education and level the economic playing field. After all, education is freedom—if you can get it.

[ad_1] Back in the 1990s, when Tim Berners-Lee and his team were creating the infrastructure of the World Wide Web, they made a list of the error codes that would…

Weakest Link Ask a blockchain advocate and you’ll hear all about how decentralized databases are primed to save the world. But if you ask 43 high-profile blockchain technology startups what…

Welcome Back Last year, scientists found a 42,000-year-old Lena Horse foal — those are extinct, by the way — frozen in Siberian permafrost. Now, they hope that they can clone the long-dead horse… 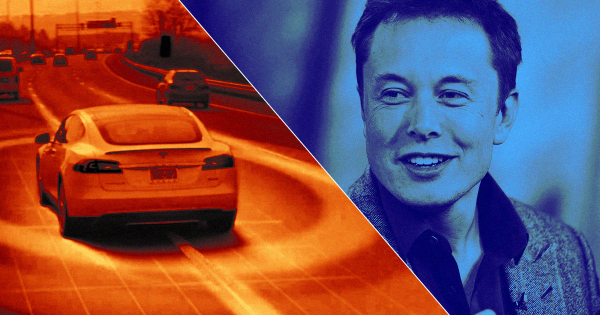 Full Autonomy According to Elon Musk, Tesla’s cars are nearly ready for fully autonomous driving. “I think we will be feature complete — full self-driving — this year,” Musk told Cathie Wood…