European officials Wednesday fined Google €1.49 billion ($1.7 billion) for more than a decade of abusive practices in how it brokered online ads for other websites like newspapers, blogs, and travel aggregators. This is the third billion-dollar antitrust penalty levied against Google by the European Commission, which has fined the company more than $9 billion for anticompetitive practices since 2017. Some critics were quick to point out that the fines don’t seem to have eroded Google’s dominance. But the reaction also shows how much the debate around antitrust has intensified in just a few years, from fear that enforcement would stifle innovation to concern that even massive fines provide an insufficient check on dominant tech giants.

As part of Commissioner Margrethe Vestager’s first enforcement action against Google in 2017, the agency ordered the company to change the way it handles shopping-search results to give better display to other merchants. At the time, experts worried such restrictions might hamper innovation or create a false impression of more competition, says Maurice Stucke, a law professor at the University of Tennessee and cofounder of the Konkurrenz Group.

Since then, the discussion has shifted, he says, pointing to recent antitrust proposals from officials in France, Germany, Australia, Britain, and even the US. Stucke cited a 150-page report from British officials last week on the need to overhaul antitrust policies to combat Big Tech’s harms to consumer choice and innovation, a proposal to break up big tech companies by US senator and presidential candidate Elizabeth Warren (D–Massachusetts), and a scathing letter from US representative David Cicilline (D–Rhode Island) to the Federal Trade Commission calling on the agency to investigate Facebook’s market power.

“The key thing now is, what’s the United States going to do to step up to the plate?” Stucke says.

In Wednesday’s decision, the European Commission alleged that Google “shielded itself from competitive pressure” by placing restrictions on other websites that wanted to offer a search function and display ads alongside the results. The commission claims that Google’s AdSense for Search service either prohibited publishers from placing search ads from other online ad brokers like Microsoft and Yahoo, or prevented competitors from placing ads in the “most visible and clicked on” parts of the results page. Google began the practice in 2006 and stopped in July 2016, a few months after the commission stated its objections. During most of that time, Google’s share of the market for online search advertising in the EU exceeded 85 percent, the commission says.

The change in AdSense for Search is one of several that Google has made in response to investigations or complaints by European regulators. Tuesday, before the latest decision, Kent Walker, Google’s senior vice president of global affairs, published a post on the company’s blog noting the changes, including changes to Google Shopping and changes to Google’s mobile app licenses. Walker also promised further updates to Google’s products in Europe. The company did not respond to questions about whether similar changes will be made to products in the US.

In response to Wednesday’s fine, Google referred to part of Walker’s post: “For nearly a decade, we’ve been in discussions with the European Commission about the way some of our products work. Throughout this process, we’ve always agreed on one thing一that healthy, thriving markets are in everyone’s interest.”

Stucke says it often takes a decade of hindsight before the fruits of antitrust enforcement become apparent, such as the way that a federal investigation of Microsoft in the 1990s may have helped pave the way for Google’s success. But considering that Google reportedly paid the EU more in fines in 2018 than it set aside for taxes globally, the commission’s penalties do not so far seem to have made a dramatic impact. Today, the debate seems to turn on whether behavioral remedies, such as forcing a company to change its practices or structural remedies, like divestitures, are more effective. Warren recently suggested that Google be forced to divest Waze, Nest, and DoubleClick. With Google, behavioral mechanisms can be insufficient because of the frenemy relationship Google has as both a supplier and competitor to the companies on its platform.

Left-Hand Drive The Model 3 is headed to Europe. On Monday, Reuters confirmed that the Netherlands Vehicles Authority (RDW), a governing body responsible for clearing vehicles for use on European… 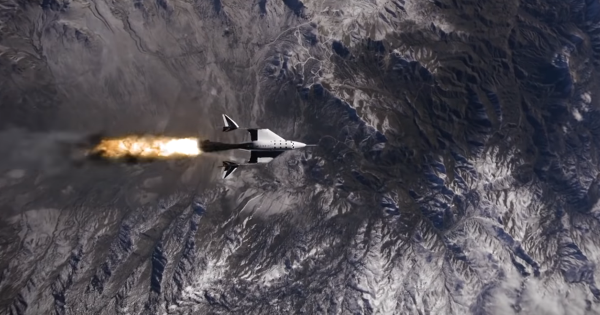 Welcome to Space Virgin Galactic’s VSS Unity space plane made its way into space for the second time during its fifth test flight on Feb. 22. And last week, Virgin Galactic…

Space Gaze NASA’s long-term plans for space telescopes are pretty big, in fact, next-generation telescopes will be massive. There are more than 3,900 confirmed planets beyond our solar system. To…

Type, Set, Match Typing on a game console is a pain in the butt. Simply entering an Xbox password can take forever as you scroll up, down, and side to…

Driverless in Michigan Ford is officially building a new plant in Michigan aimed at its line-up of next-generation hybrid cars that could one day drive themselves. The news comes after…

For millions of people around the world, it feels nearly impossible to focus and begin the work day without a cup of coffee. In America alone, an estimated 64 percent…