The world of beatboxing is full of artists using their voices in ways speech scientists have never seen before – finding new techniques for playing the instrument they were born with. But does the human voice have more to offer, and can we use technology to push it further?

The first three episodes are available to watch now on YouTube channel Swiss Beatbox and Nokia Bell Labs’ website, with the next three landing on March 23, March 30, and April 4 respectively.

Throughout the series, Reeps One travels the world, learning about the potential of the human voice for creating sounds and connecting people, and finally using machine learning to create an AI voice – coming full circle and creating an artificial human drum machine. In the final documentary, Second Self, he will perform a duet with his ‘digital twin’ – an AI beatboxer taught using his voice as a dataset.

Beatboxing is a global language, so we asked Reeps One what it is that connects people from so many disparate backgrounds.

“Beatboxing is just another word for vocal experimentation, which is not an intuitive connection,” he says. “But it turns out understanding what our voices are capable of is very important for lots of different discussions.

“From communication to understanding motor control, speech therapy and now voice-controlled technology, it’s an open-ended, heated discussion how such an old part of the human anatomy can still hold so many innovations.

“To many peoples’ surprise, it seems like you cannot separate the human voice from every part of human connectivity and in the last few years there has been a boom in new physical capability with the voice and it’s a big question, after millions of years why now?”

The series is part of Nokia Bell Labs’ Experiments in Art and Technology (EAT) program, which has been partnering with artists to create experimental performances for 50 years.

Although his voice is his instrument, Reeps One is no stranger to pushing its boundaries using experimental technology. As well as creating an AI vocal twin, his projects over the last year have included bouncing his voice off the moon, and created a 1,000,000 particle digital vocal sculpting tool.

“Technology allows us to go further than we ever dreamed,” he says. “It’s a way to create new experiences in the arts and allow for old and established ideas to be challenged with a fresh angle, this is my job when it comes to the human voice, to shake the box.”

Hearing the AI for the first time was a huge moment, but he says the human side of the project was equally exciting: “The people I met along the way, going to the Lavelle School for the Blind and seeing how beatboxing is teaching young people to speak and articulate or capturing a global community of new artists, I can’t choose really.”

It’s not just a short-term project, either – Reeps One says the experience has changed the way he’ll make music in the future, without a doubt. “I have a mission to go out into the world and make people think about the human voice in a new way, and find the artists and engineers who are helping push the conversation onward.”

Watch the series on YouTube or Nokia Bell Labs’ site.

We don’t often get to mention the words ‘cheap iPad’ when talking about the larger 128GB capacity versions, but we might just try them on for size today. That’s because… 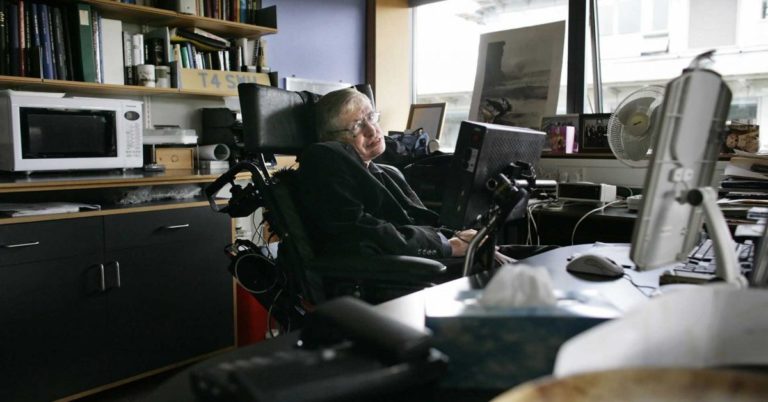 Hawking Claims Renowned physicist Stephen Hawking passed away earlier this year, but his final book, “Brief Answers to the Big Questions,” only came out this week. In it, Hawking makes…

If you want to save a video from YouTube to watch offline, you have two options: you can install a program designed specifically for the job, or you can use…