When the Justice Department released a heavily-redacted version of the Mueller Report Thursday, the conversation quickly devolved into partisan bickering.

Only time will tell what the report means for the Trump administration. But what’s immediately clear is that concepts that were once restricted to fictional cyberpunk dystopias — from government hackers to botnet propaganda networks — are now mainstream enough to influence international politics.

The readable text of the report details how Russia used social media, hackers, and other sophisticated techniques to try and sway the 2016 U.S. Presidential election in favor of Trump — efforts that reached millions of Americans and recruited others to actively spread their propaganda before and after the election.

Russians working for an organization called the Internet Research Agency created accounts on Twitter and Facebook, through which they reached millions — including many members of the Trump Administration, Trump’s sons, and Trump himself — while sharing pro-Trump and anti-Clinton messages, memes, and images.

Meanwhile, other Russian operatives were taking a more direct approach — by hacking into Democratic Party servers, releasing sensitive information though sock puppet personas like “DCLeaks” and “Guccifer” and giving stolen data to WikiLeaks. Just to make the whole thing a little more “Shadowrun,” they funded the operation by mining Bitcoin.

In the long view, the report might be less memorable for its specific claims than as a blueprint for the future of information warfare — and the strange ways technology can be used to manipulate and control populations.

READ MORE: Report On The Investigation Into Russian Interference In The 2016 Presidential Election [CNN]

More on Mueller: Everything You Need to Know From Mark Zuckerberg’s Congressional Testimony: Day 1

Moon Cotton For the first time in history, humans have grown something on the surface of the Moon. When China’s Chang’e-4 lander left on its journey to the far side…

Mind Control Virtual reality headsets are already pretty good at fooling our eyes and ears into thinking we’re in another world. And soon, we might be able to navigate that…

Whatever it Takes Sometimes, if you want to save the world, you have to roll up your sleeves and get your hands dirty. That’s especially true for the Australian scientists who… 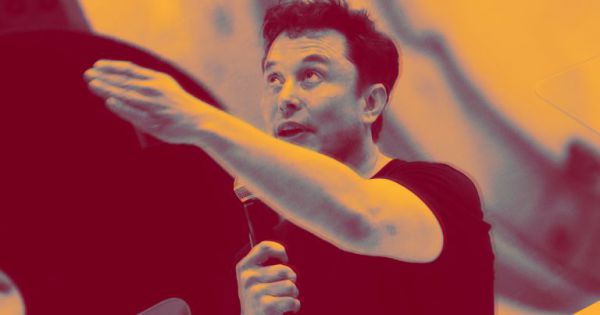 SpaceX Layoffs SpaceX CEO Elon Musk blamed the company’s decision to lay off 10 percent of its workforce on its Starship and Starlink projects this week, calling them “absolutely insane.” “SpaceX…