The leader of Asgardia, which styles itself as humanity’s first “space nation,” has a warning for world leaders: a life-threatening asteroid impact is “inevitable” unless we do something to stop it.

“In the last 100 years, the Earth has been hit at least three times by space objects, each with an explosive power many times greater than the Hiroshima atomic bomb,” Igor Ashurbeyli said in a press release shared with Futurism. “Future life-threatening impacts are inevitable unless defences [defenses] are built.”

“World leaders must intensify efforts to detect and track [near-earth objects] and create ways to deflect them from a strike on earth,” he added.

Let’s be real: It’d be easy to dismiss anything that comes from Asgardia as a joke. The nation is little more than an idealistic concept at this point — it doesn’t have anywhere for its citizens to live, and its name sounds kinda silly.

However, Ashurbeyli isn’t the first person to express concerns that an asteroid could wipe out humanity — scientists and other experts have been sounding the warning for years.

He also isn’t the only one who thinks world leaders aren’t doing enough to protect the planet from the threat — retired NASA astronaut Russell “Rusty” Schweickart recently asserted that the United States should be doing a lot more to detect potential asteroid strikes.

NASA is currently developing a probe to smash into incoming asteroids to redirect them away from the Earth, with plans to launch in 2020 or 2021. The European Space Agency, meanwhile, is developing a “self-driving” spacecraft to work in conjunction with NASA’s probe.

Whether these projects will be ready in time to prevent an asteroid from smashing into the Earth and causing humanity to go the way of the dinosaur, however, is currently impossible to predict.

More on Asgardia: We Talked to the New Leader of Space Nation Asgardia About What the Future Holds 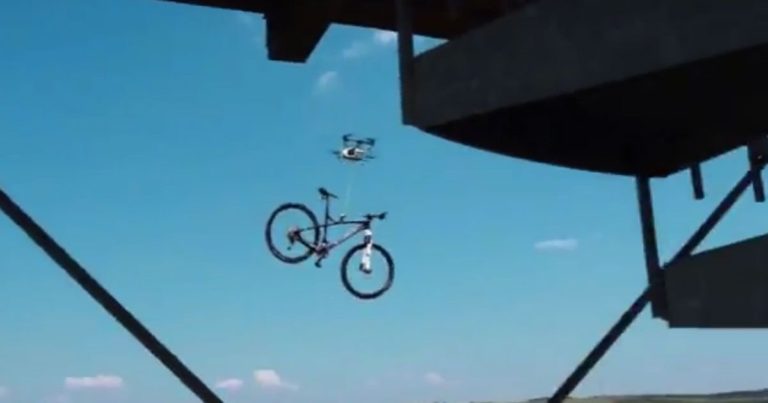 Boosted Bike Here’s something you don’t see every day. On November 10, a user uploaded a video to YouTube competitor Rumble in which a drone swoops down and carries off an…

[ad_1] Bad news keeps piling up for Chinese telecommunications giant Huawei. Last week an employee was arrested in Poland on espionage charges. This week, the company’s products, which include both…

Mixed Emotions Machines may not have emotions, but that doesn’t mean they can’t recognize them. At least, that’s one well-funded belief in the tech industry. From startups to big-name players…

Brain Bath Roughly 25 years ago, the hunt for a cause of Alzheimer’s disease led researchers to the gene APOE. This gene comes in three common variants, and the version…

[ad_1] There’s no doubt technology is shaking up the American workplace. Amazon employs more than 100,000 robots in its US warehouses, alongside more than 125,000 human workers. Sears and Brookstone,…