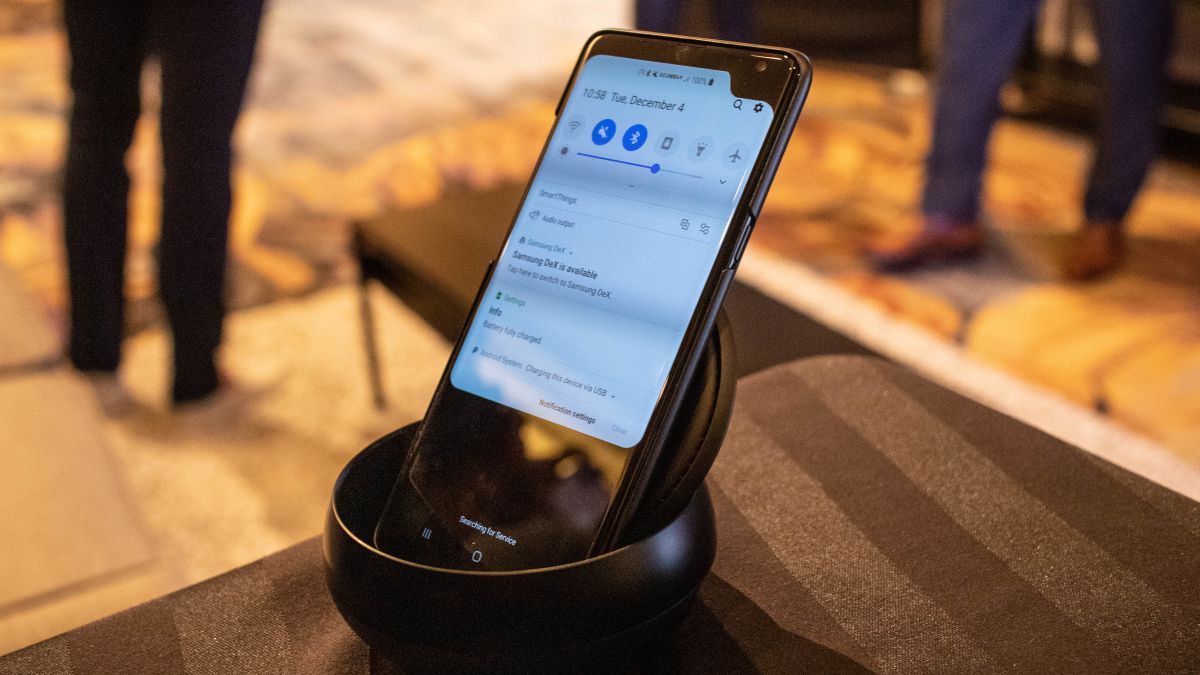 Samsung has yet to include a notch on any of its phones, but for the first time today, it’s showing off a 5G prototype smartphone with a notch cut out. Not only that, it has an odd design we haven’t seen on any other notched smartphone.

This prototype device has a notch in the top right hand corner of the display, which is something the company hasn’t announced before. We spotted the prototype in a Samsung demo room at Qualcomm’s Snapdragon Summit in Hawaii.

Yesterday, Samsung and Verizon announced a partnership to bring one of the first 5G phones to market in 2019, and the prototype was being used to show off the company’s own 5G technology.

This isn’t guaranteed to be a design that’s used on the final Samsung 5G device, the Galaxy S10, or any other phone from Samsung. However, it is the first time that Samsung has been shown experimenting with a notch design in the real world, so it may be getting more comfortable with the idea.

Back at the Samsung Developer Conference in November, Samsung teased slides that showed four different notch designs called Infinity-U, Infitity-V, Infifty-O and New Infinity. But these aren’t the same as the corner notch on the new prototype. 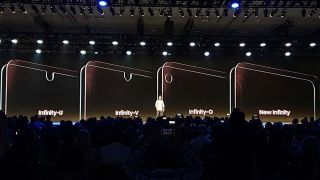 Not only is the notch new for Samsung, but this is also the first time we’ve heard about the company including a notch in the top right hand corner of a display rather than the center, and our limited time with the phone showed us what looked to be a selfie camera within the screen cutout.

Is this a trade-off for faster 5G speeds? Samsung representatives made it clear to us this is just a prototype device and wouldn’t answer any questions about the design of the phone. They wanted the sole focus to be on the 5G speeds.

During the demo we could see the 5G logo in the system tray, confirming the phone was running on a high speed connection. The device was streaming a 4K video using a 5G base station in the same room and then showing the video on a TV through HDMI and a DeX docking station.

Whether or not we see Samsung’s side notch on any officially available devices in the future is unclear. But it’s interesting to see the company experiment with any notch whatsoever. It’s the first time we’ve seen a corner notch instead of one in the center of the display.

Moreover, Samsung has also chided Apple’s use of the iPhone X notch for more than a year in a series of commercials. Samsung may join the controversial notch trend after all, if the prototype we spotted today is any evidence. 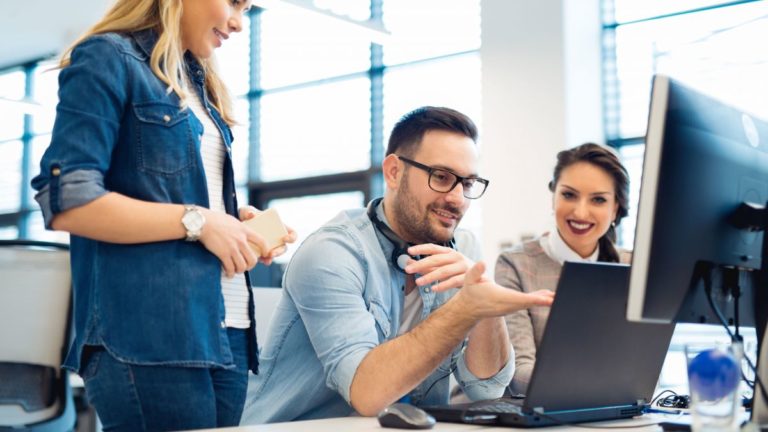 Perhaps it’s not surprising that half of all small businesses are still unprepared for data loss. The complexity of backing up multiple environments using multiple tools with multiple licenses makes… 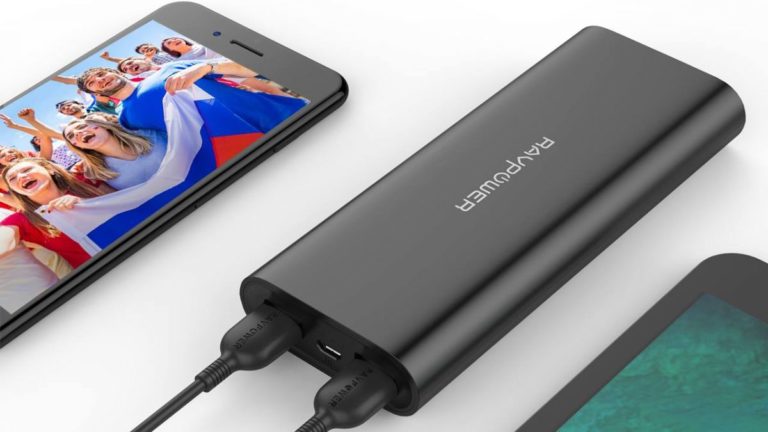 While most aspects of phones improve with each new model, one aspect that often doesn’t improve is battery life, which means a power bank can be a very useful thing…

Microsoft is reportedly developing a new lightweight version of Windows that will be used in upcoming dual-screen devices as well as in laptops positioned to compete against Google’s Chromebooks. Sources…