Stop what you’re doing. Stop the presses. Stop everything. Three has just stopped us in our tracks by unexpectedly bringing back its unbeatable Black Friday offer – the best SIM only deal we’ve ever seen.

Sorry to sound so hyperbolic, but this SIMO offer is truly worth getting excited about. Over the Black Friday period Three dropped a deal offering up unlimited data, calls and texts for just £20 per month and now, that deal is back. No caps, no catches, just one of the best SIM only deals of all time.

If this incredible offer has you interested (and frankly, how could it not!?) then you can scroll on further to learn more about what else you get with Three and see the deal in full. Act fast though, we don’t know how long this deal will be around – Three hasn’t yet said when it will come to an end – but offers this great tend to go pretty fast.

Three’s best ever SIM only deal in full: 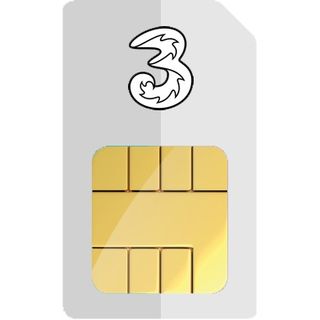 AYCE SIM only plan from Three | 12 months | All-you-can-eat data | Unlimited calls and texts | £20 per month
We can’t help but be excited by this deal (probably a little over-excited, to be honest), it just can’t be beaten. Three’s incredible SIMO plan gets you an unlimited data allowance for the relatively small price of just £20 a month. We can save you the trouble of scouting around and tell you right now you will not get a better big data deal.
View Deal

If the pricing itself hasn’t already got you hooked, then you’ll be interested to hear that Three is a big fan of dropping added incentives as well – whether that be roaming or free exclusives. Take a look at the key features of Three SIM only deals below.