The US leads the world in artificial intelligence technology. Decades of federal research funding, industrial and academic research, and streams of foreign talent have put America at the forefront of the current AI boom.

Yet as AI aspirations have sprouted around the globe, the US government has lacked a high-level strategy to guide American investment and prepare for the technology’s effects.

More than a dozen countries have launched AI strategies in recent years, including China, France, Canada, and South Korea. Their plans include items like new research programs, AI-enhanced public services, and smarter weaponry.

The US will join that list Monday, when President Trump is scheduled to sign an executive order creating a program called the American AI Initiative. It doesn’t include new funding or specific AI projects. But it orders the federal government to direct existing funds, programs, and data in support of AI research and commercialization.

The new initiative also asks agencies to help US workers adjust to jobs that have been or will be changed by AI, and consider how the technology may require new regulations.

“AI has really become a transformative technology that’s changing industries, markets, and society,” says Lynne Parker, who leads work on AI in the White House Office of Science and Technology Policy. “There are a number of actions that are needed to help us harness AI for the good of the American people.”

Parker previously contributed to work by the Obama administration that, a month prior to Trump’s election, led to reports on AI’s potential and societal implications, and a plan for future research. She is also working on a new national AI research strategy, slated for release soon.

Artificial intelligence is the 60-year-old quest to make machines capable of mental or physical tasks seen as emblematic of human or animal intelligence. In the past seven years a technology called machine learning, in which algorithms gain skills by digesting example data, has allowed computers to become markedly better at understanding the world. That technology has birthed software able to read medical scans, virtual assistants that answer shouted trivia questions, and become the heart of every major tech company’s product strategy.

One element of the Trump administration plan would open some stocks of government data to academics and companies doing AI research. Tech companies such as Google parent Alphabet have plenty of 1s and 0s logging consumer habits stashed inside their data centers; but in other areas, such as health care, they struggle to amass the data needed to fuel AI projects.

The White House says it will ask agencies in areas such as health and transportation to release data that could advance AI research, using mechanisms that protect privacy. The results could resemble a project of the Veterans Administration, which developed a way to provide Alphabet temporary access to hundreds of thousands of anonymized health records to train AI software to predict kidney problems.

The plan awaiting Trump’s signature also directs federal agencies to prioritize AI when allocating their R&D budgets. It asks them to support training and fellowship programs that will help workers adjust to jobs changed by AI, and train future AI experts and researchers.

The administration strategy also acknowledges that artificial intelligence may cause unwelcome effects.

White House staff will work with regulators like the Department of Transportation and Food and Drug Administration to consider how AI technologies such as driverless cars and software that diagnoses disease may require new or revised regulations.

Researchers, civil liberties groups, and some companies have called for new ethical norms and regulation on AI. Microsoft and Amazon have asked for new federal rules on uses of facial recognition. Google released a wide-ranging policy paper on AI last month that asks for government input on safety standards for AI-powered products and services.

Prior to Monday, the Trump administration’s most prominent public engagement with AI was a one-day meeting at the White House last May focused mostly on the technology’s economic benefits.

The executive order on AI does not concern itself with immigration. That’s despite the importance of foreign talent to AI projects and progress in the US, and worries among American AI researchers that Trump administration immigration policy is harming the field.

After growing for years, the number of overseas grad students in the US fell 5.5 percent in 2017, from 2016, according to National Science Foundation figures. Welcoming immigrants with AI skills is a key piece of AI plans from other countries, such as Canada.

Some AI programs might benefit from a change to the H-1B skilled visa program announced in January. It will now slightly favor holders of advanced degrees from US institutions, seen as beneficial to tech companies working on advanced technologies.

Ryan Calo, a law professor at the University of Washington, says it’s good to see the White House taking AI and its effects seriously. He also says it will take time to know whether the Trump administration is properly attending to the ethical and human rights questions raised by AI. “Are they aware enough of its social impacts and thinking about the effects on society and how to address the problems it creates?” Calo says. “That’s what we have to watch for.”

The White House is drafting a memo that will lay out details of the implementation of the new initiative, due within six months. One item Calo hopes to see in that or subsequent White House action in AI is guidance to federal agencies about procuring AI systems in areas such as criminal justice. He says the government could protect civil liberties, and set a model for industry, by requiring AI algorithms be tested for bias, and open to external auditing.

[ad_1] Most years, I round up the news of the year in technology through a collection of quotes, arranged roughly by some combination I make up of their importance and… 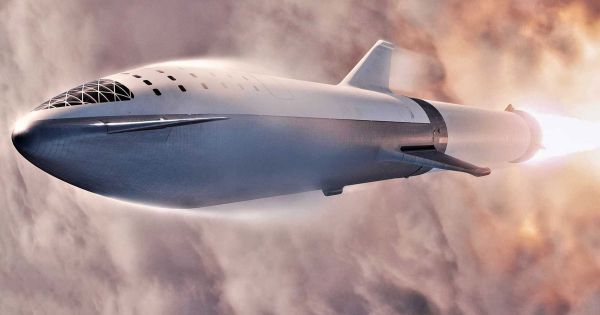 Streamlined Design Conventionally, rockets have used multiple stages, each specialized for flight through Earth’s atmosphere or the vacuum of space respectively. SpaceX appears to be streamlining the process with one…

Metal Vine Soft robots have taken a page from the plant playbook. Using physical properties similar to those found in plants, researchers from the Istituto Italiano di Tecnologia (IIT) in Genoa,…

[ad_1] After a long drought, the go-go days of hot technology IPOs appear to be back. The new age began last week with the long-awaited public offering of shares in…

Electric Makeover Cars aren’t the only modes of transport getting an all-electric makeover. Back in 2014, legendary motorcycle maker Harley-Davidson made headlines when it announced Project LiveWire — a concept…

[ad_1] After it was revealed that the suspect in the shootings at a Pittsburgh synagogue had threatened on the social media network Gab to kill Jews, multiple technology providers dropped…